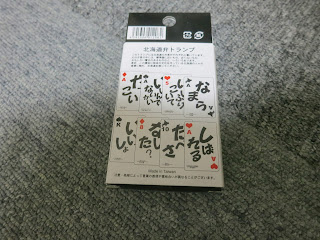 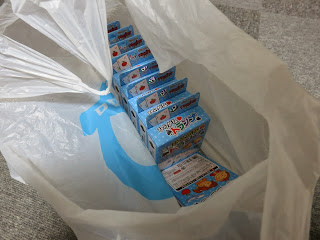 I also got a bag full of hiragana playing card. A magician friend had just come back from Hakodate, where he apparently bought every deck of hiragana cards he found, just to give them to me. This is great, since I have not seen these in the shops in Sapporo lately, and I use up a lot of these decks when doing magic.
Posted by Jonas at 4:43 PM