Japanese food and surprising people in the escalator 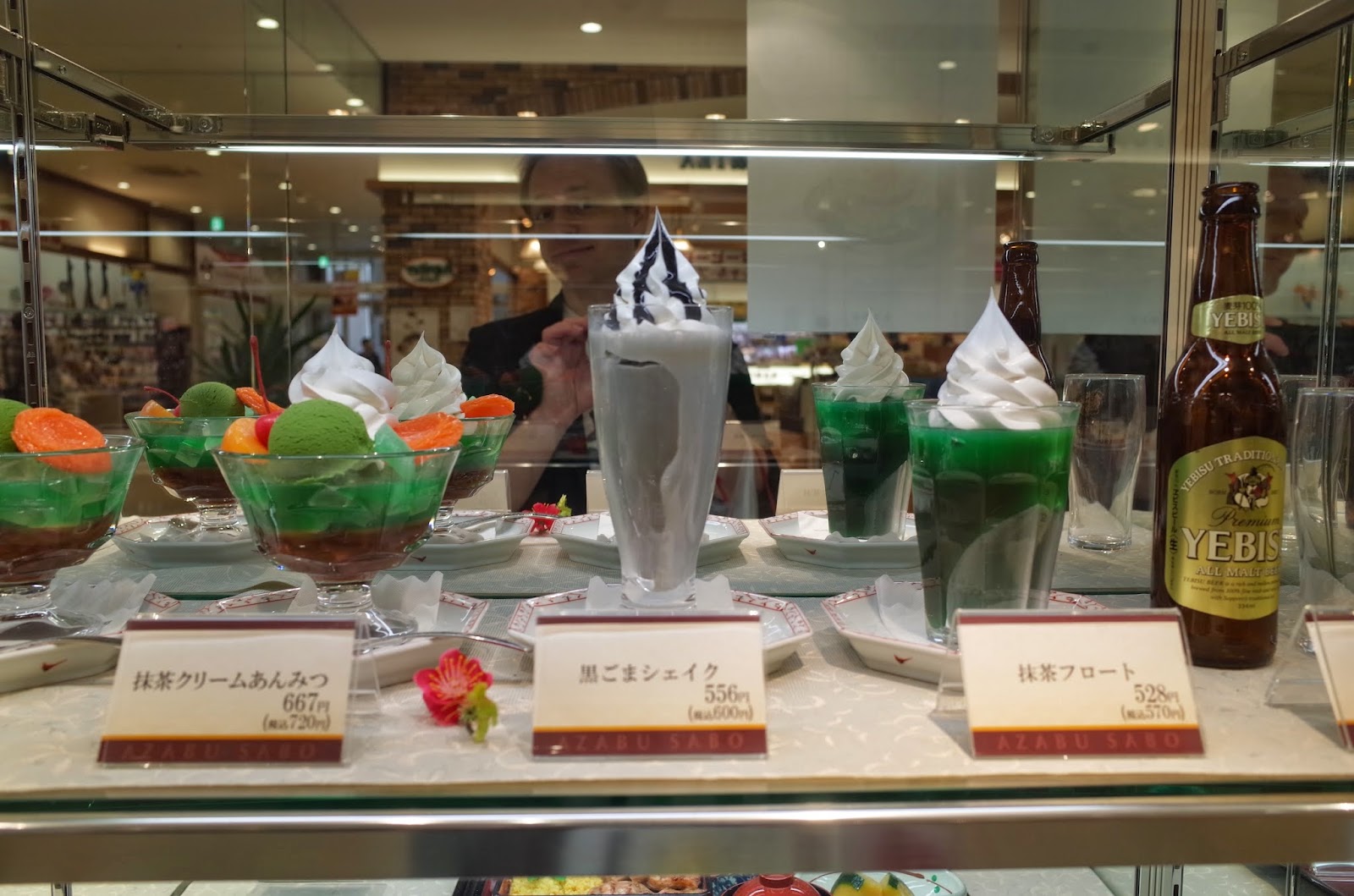 After looking at all the trick art, we decided to go for some coffee nearby and take a look at how the all the photos we had taken turned out. There was a cafe nearby which had something grey topped with ice cream with something black on it (black sesame seed based dessert), so we went there. 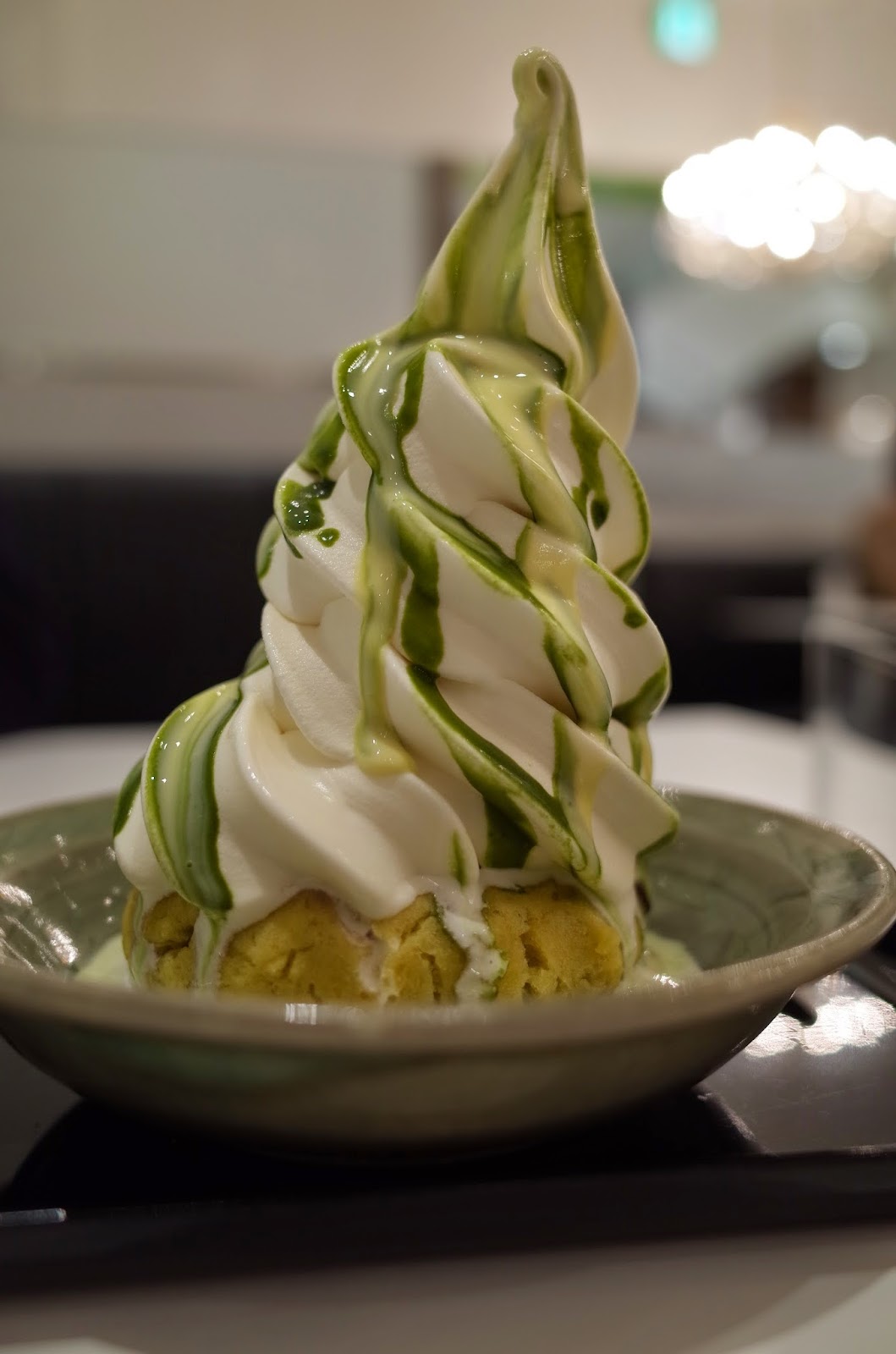 While talking about the trick art, I talked a bit about my rolled up magic prop that I had pulled out for one photo, which had surprised the people working there quite a lot. And which made everyone at the exhibition stare at me for quite some time. While relating this story, I also pulled out the sign again, which made a young couple going up the escalator outside the cafe stare at me and almost fall down the escalator in surprise, haha. 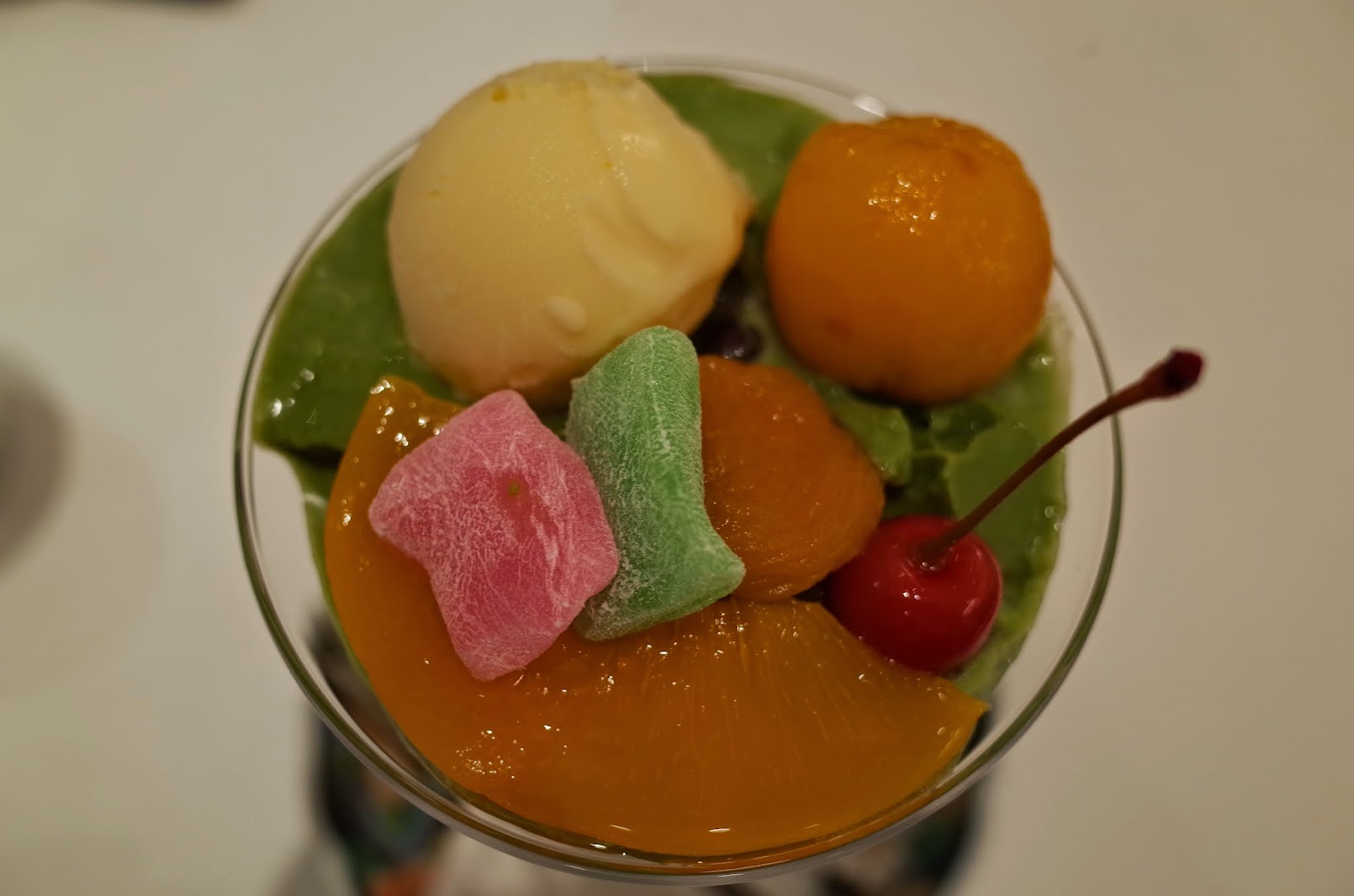 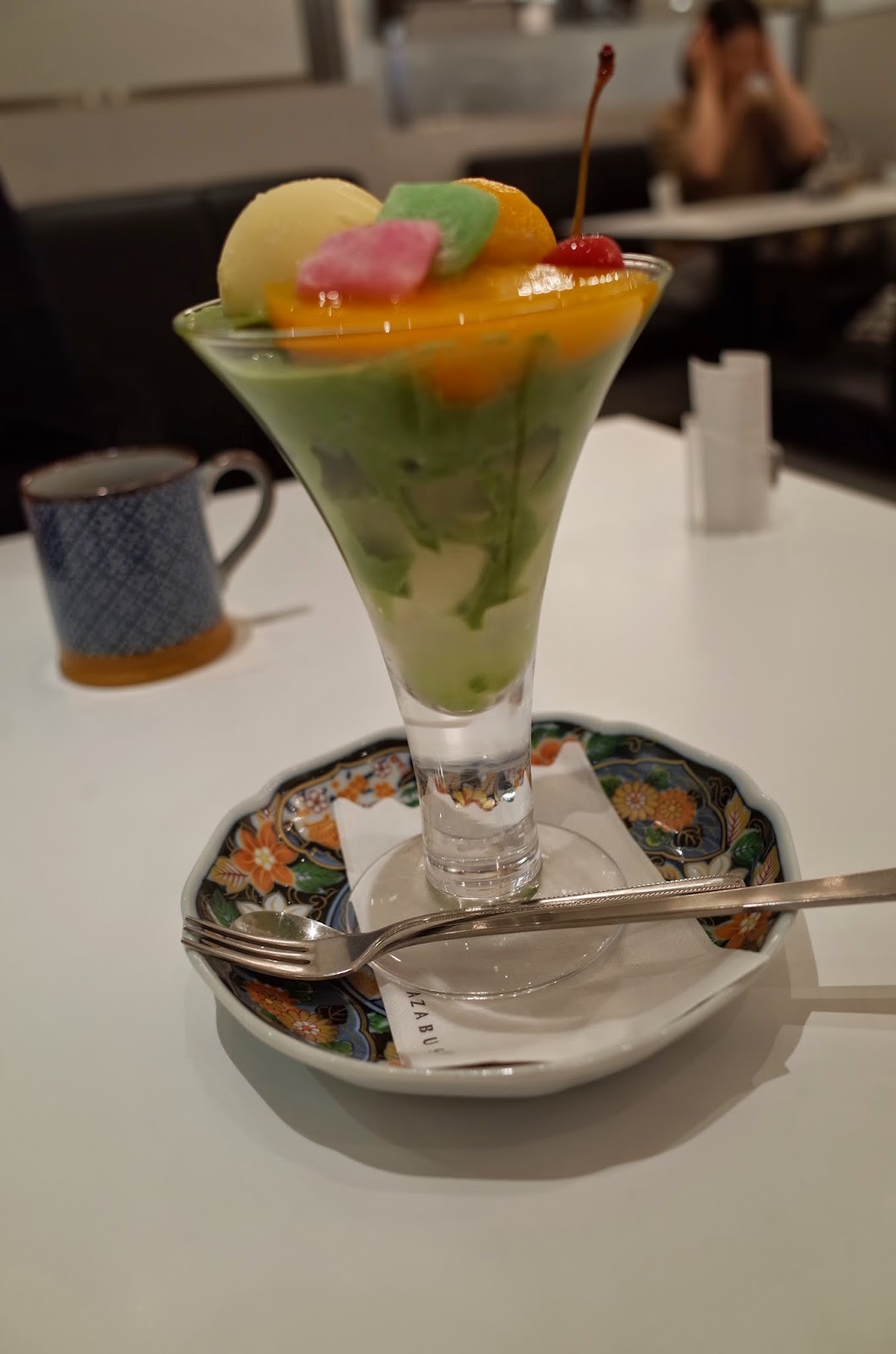 The next day, a woman came to our magic bar to show this extremely entertaining bar to her brother in law. She had been there before, but not when I was there. She took one look at me and asked: "Did you visit the trick art exhibition yesterday?" She had also noticed some crazy person producing some weird prop from his jacket and stared at me a lot... Small world. 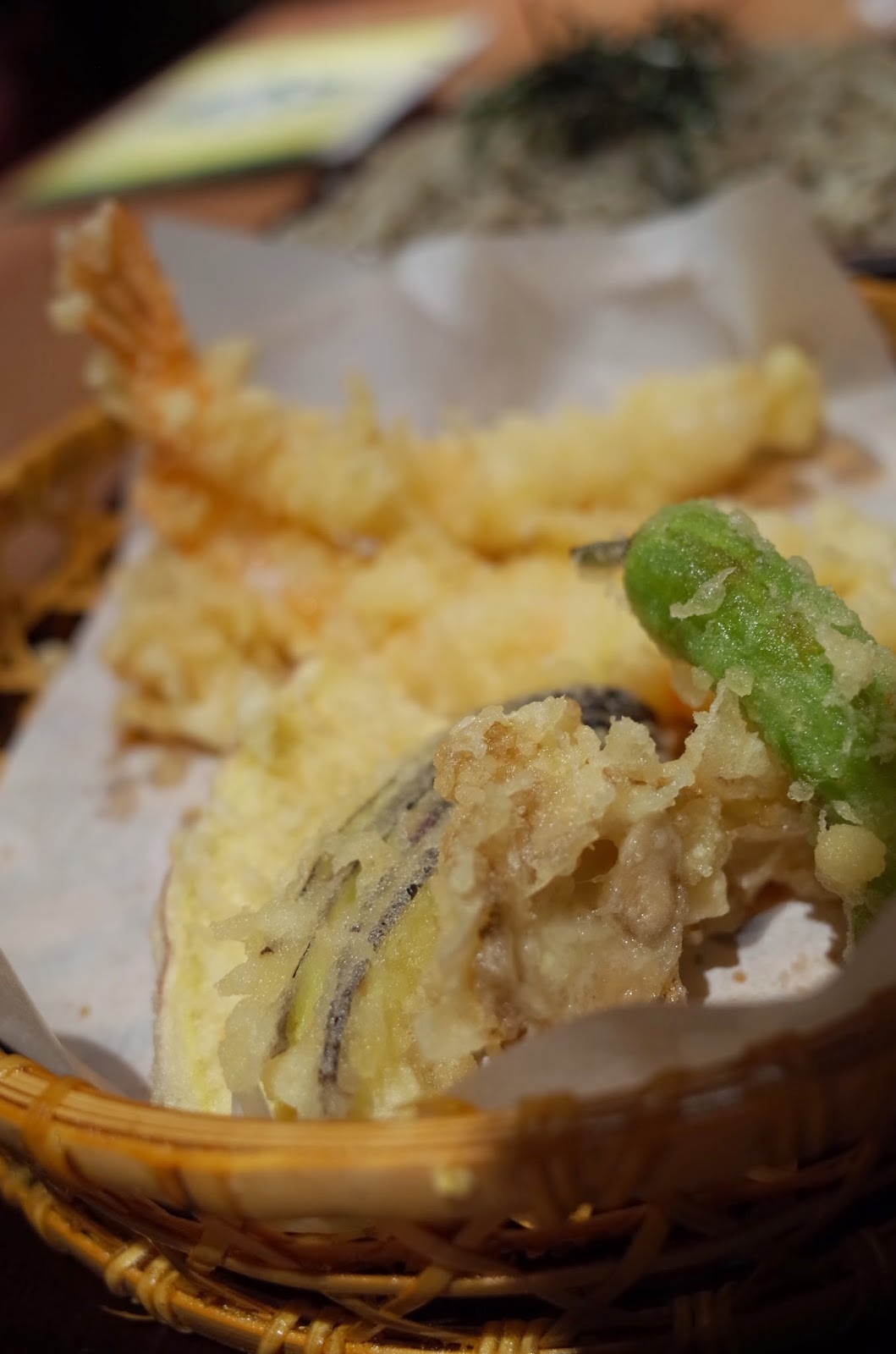 After having eaten huge amounts of French fries covered in chocolate sauce, Jurassic sasusages, and then some traditional Japanese desserts, we also decided to have dinner. So we had some soba noodles with tempura fried vegetables. Good, but a bit more food than I needed.