During our Golden Week holiday here in Sapporo, there is a trick art exhibition. Two years ago I went to another trick art exhibition during Golden Week with one of my friends. This year, she wanted to go together again. She is a bit shy about having here photos on the Internet, though, so all the photos with her came with a "do not put this on your blog" requirement.


There were many many paintings to look at and play with. Some were just made to look like 3D by having objects come out of the frame and having the shadows in the painting match where the lights in the room were placed. Many came with small suggestion photos of how you can pose with this painting.


Some paintings used corners or a wall and the floor to give more 3D like options for you to enter the painting.

Some paintings were made so that when you flip the photo 90 degrees, it looks good. My camera automatically adjusts for the way you held the camera at the time you took the photo, so when you rotate the camera 90 degrees to check the result, it helpfully rotates the photo too, so nothing changes... 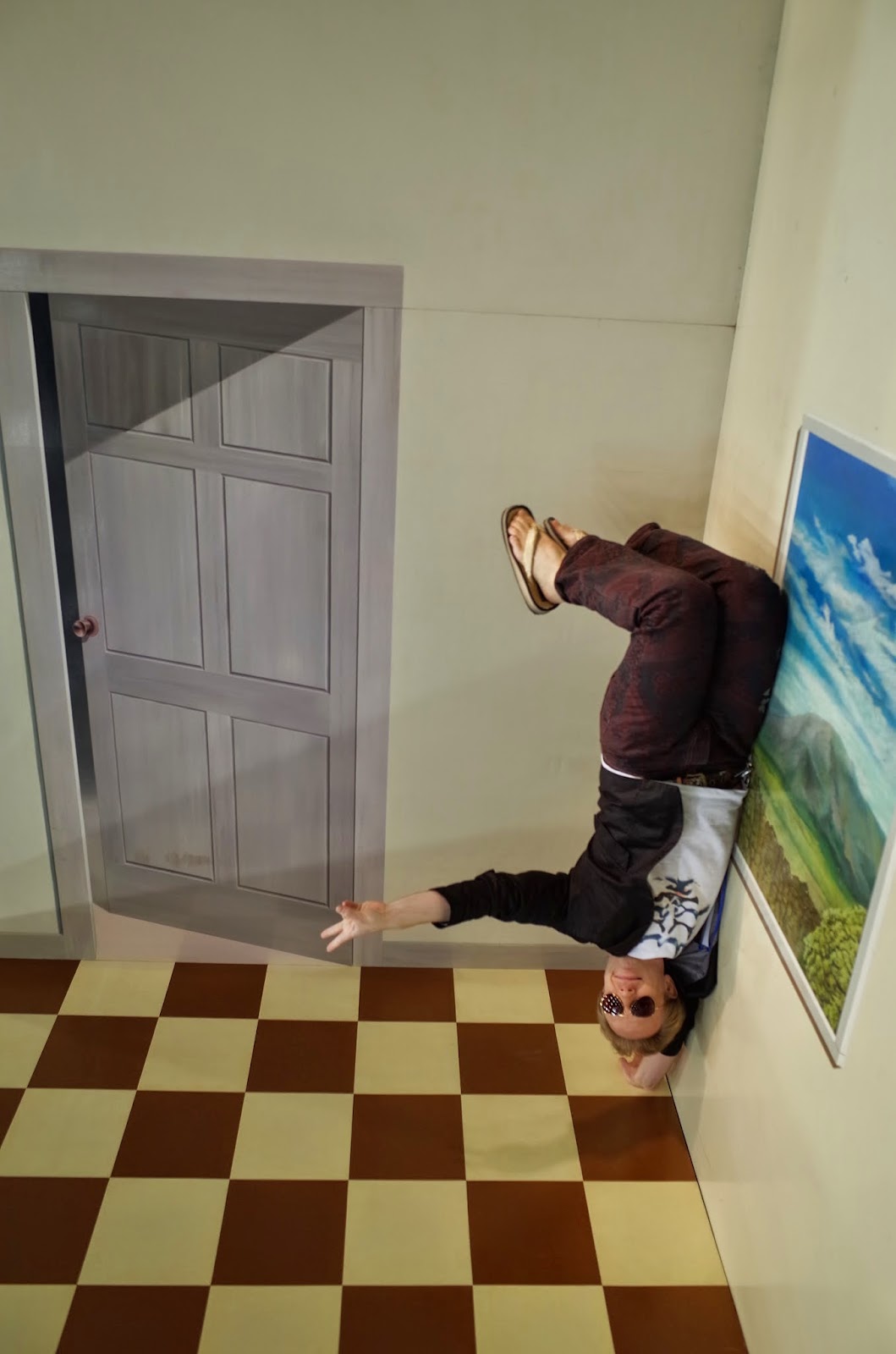 There were some people there who had great ideas for posing and succeeded very well. There were two women with a huge expensive looking camera that arrived at the same time as we did and that made all their poses look perfect. We did not succeed that well...


There were also people who had zero sense of what would make a good photo with that painting etc. And some that were brought along by other family members and had zero interest in taking photos, haha. 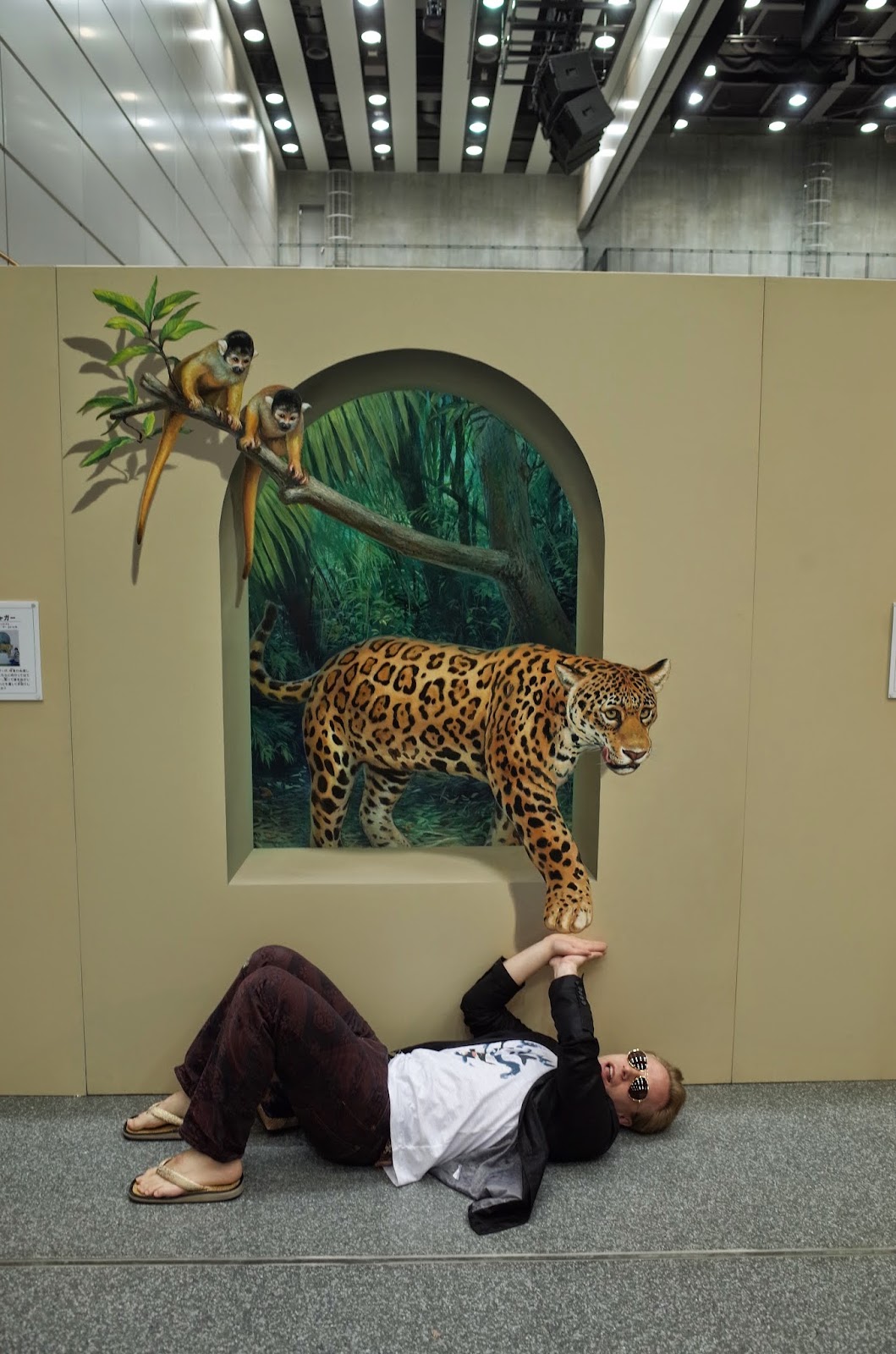 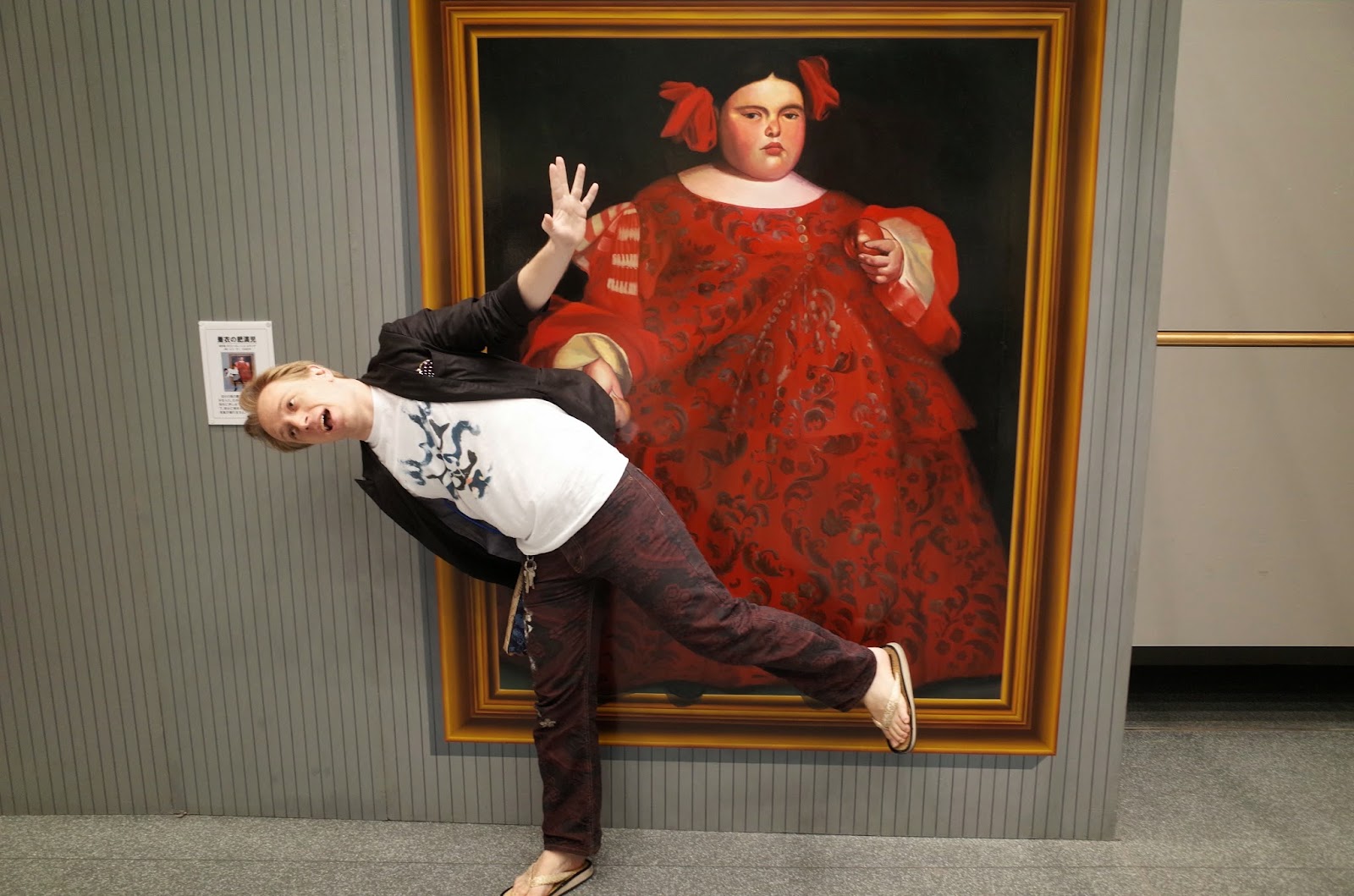 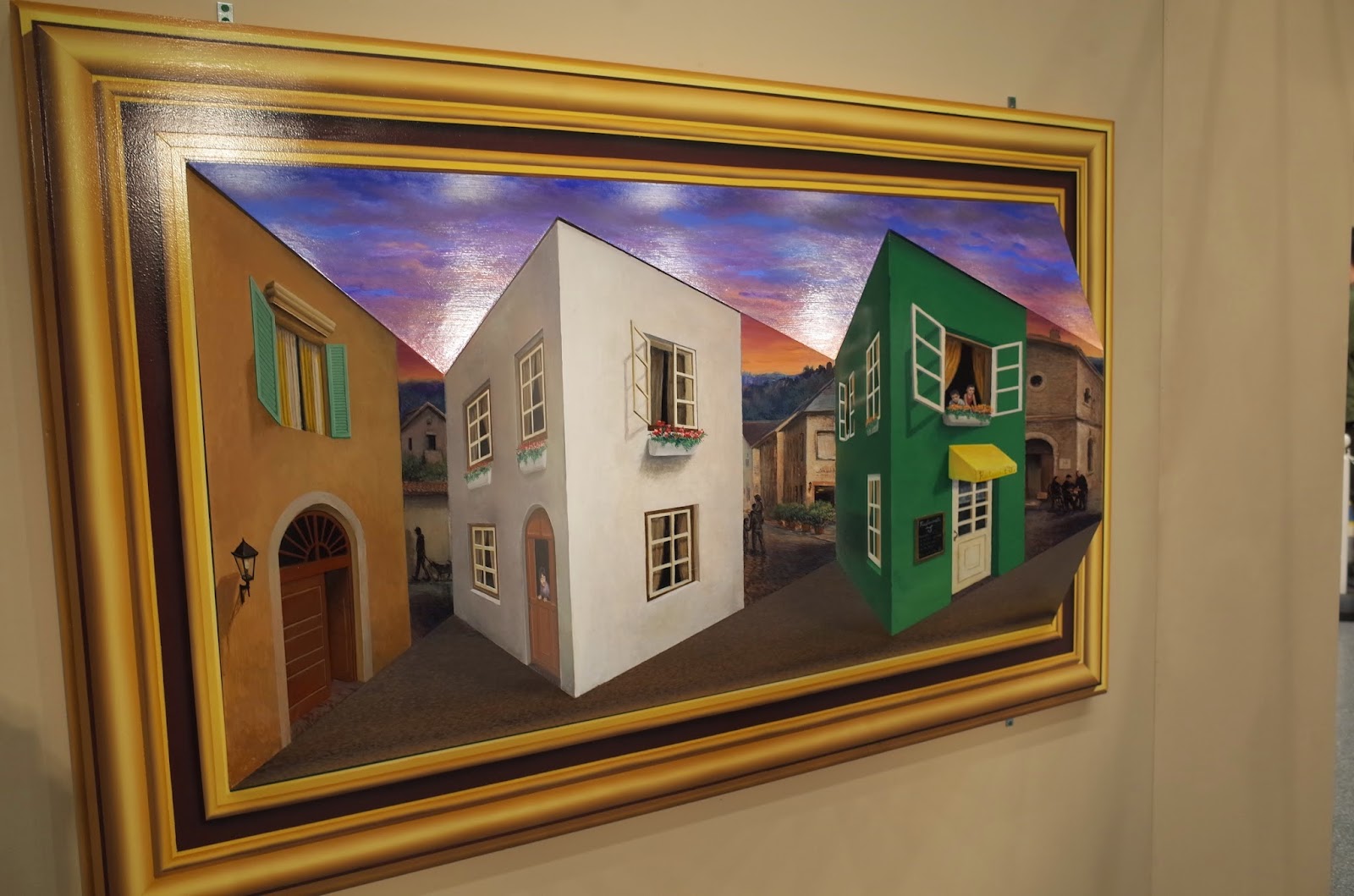 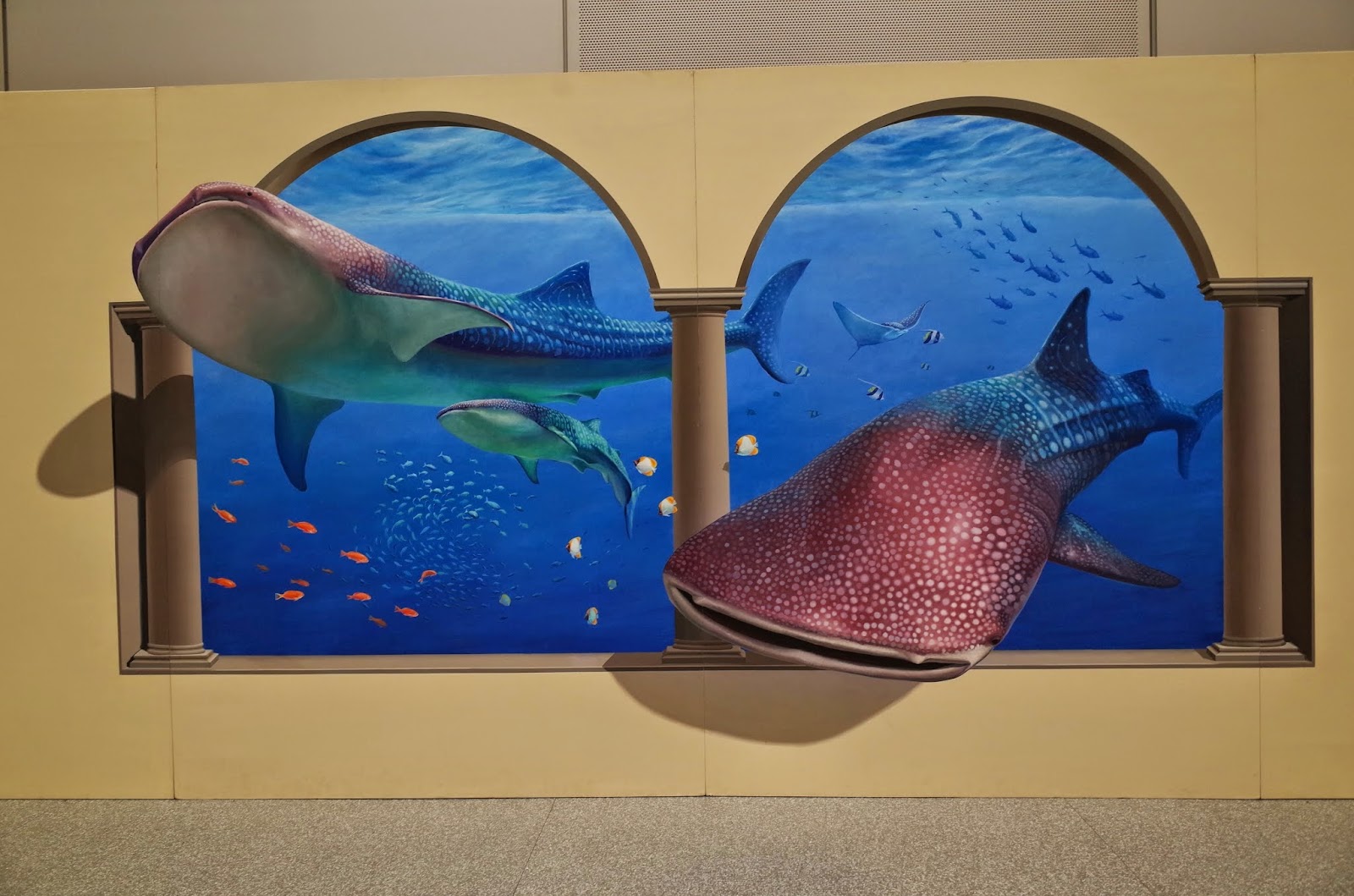 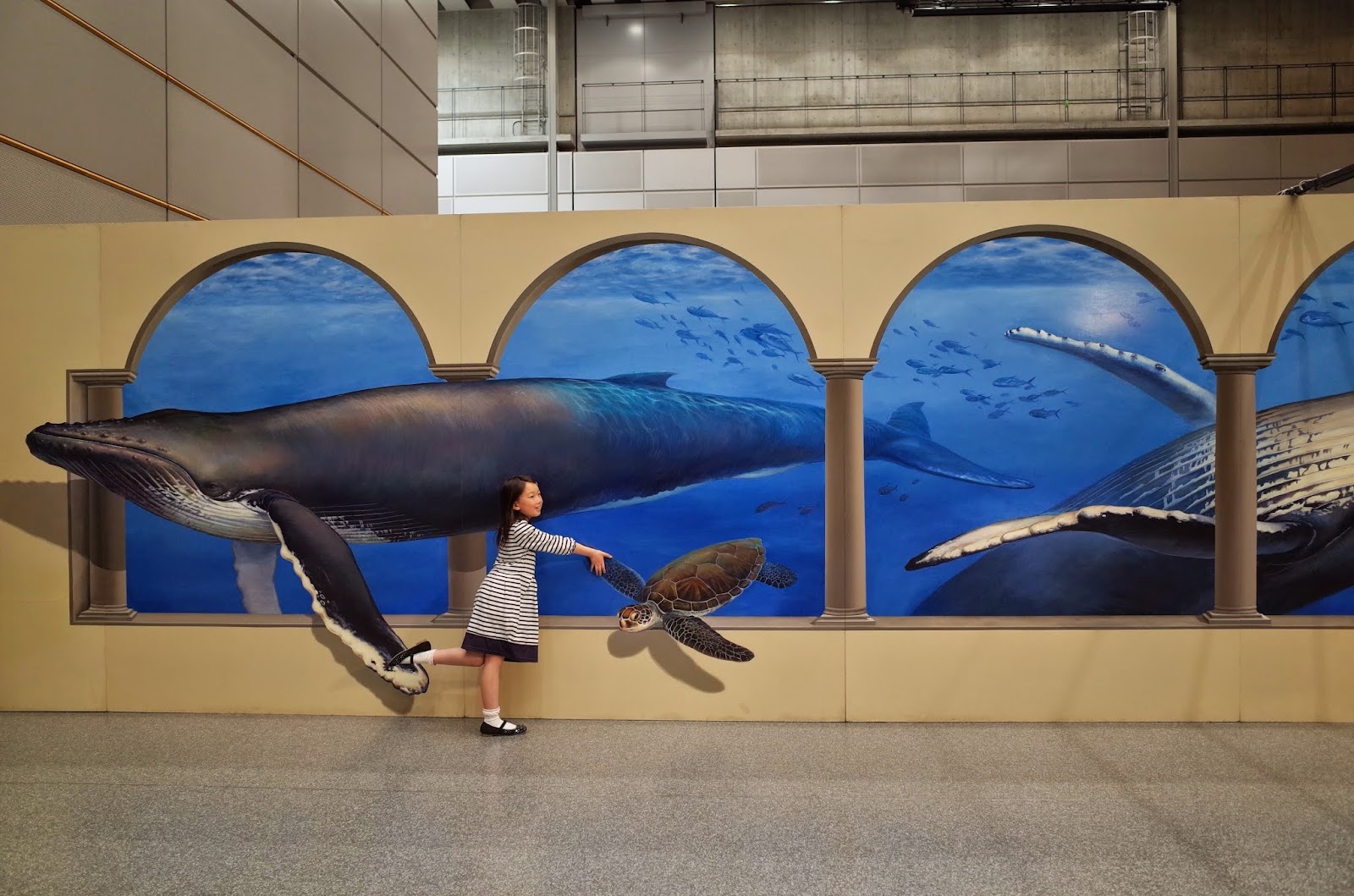 Apparently there is one more trick art exhibition in Sapporo right now, so I will have to there too, soon. Saturday, perhaps. 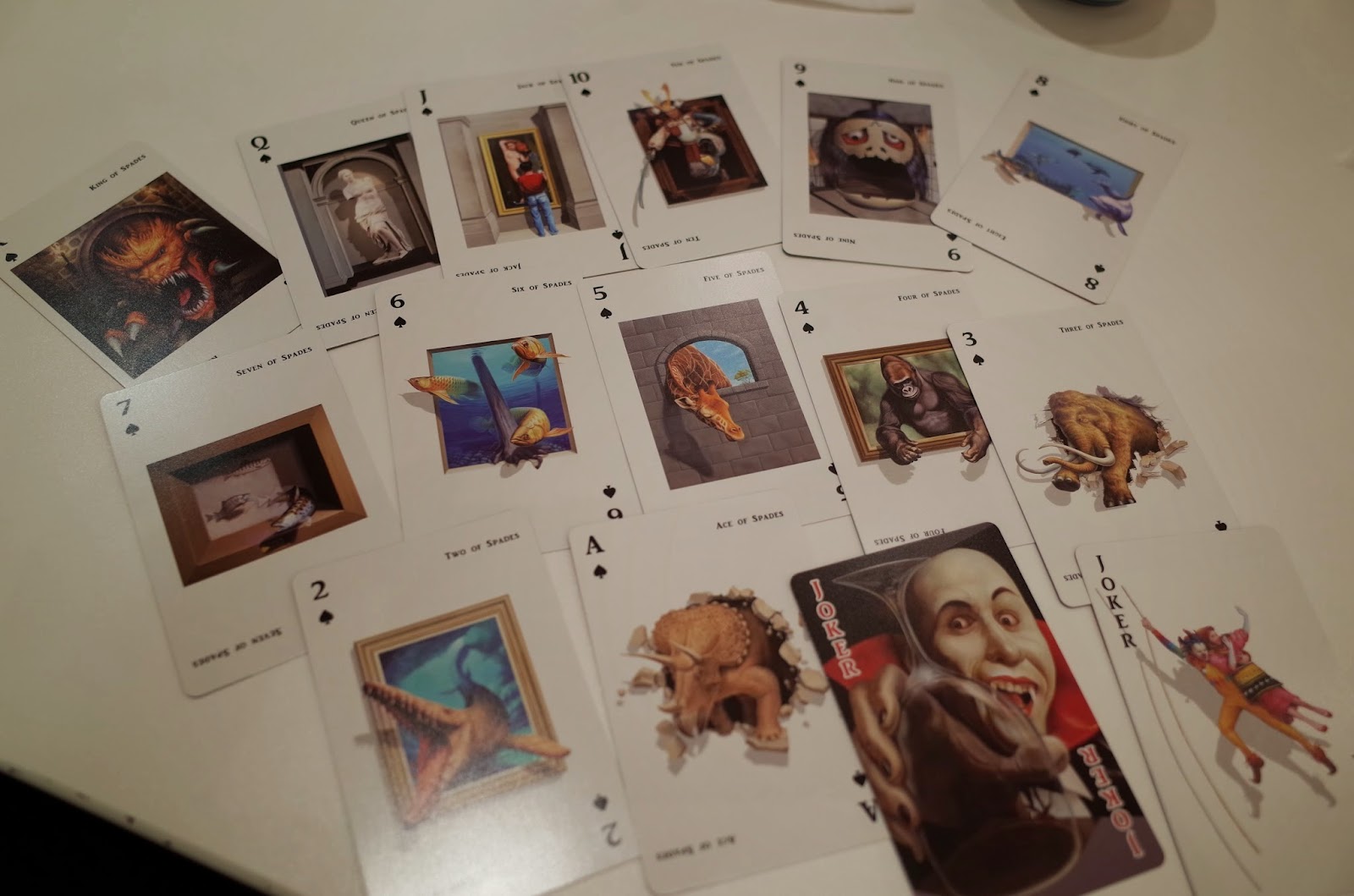 There was a small souvenir shop at the end of the exhibition, so I bought two decks of cards and four books on my way out. Since I then also ended up buying several kilos of bananas, I had a lot of weight to carry around the next 5 hours or so before I could go home.
Posted by Jonas at 1:50 PM