Manga food and lots of bananas 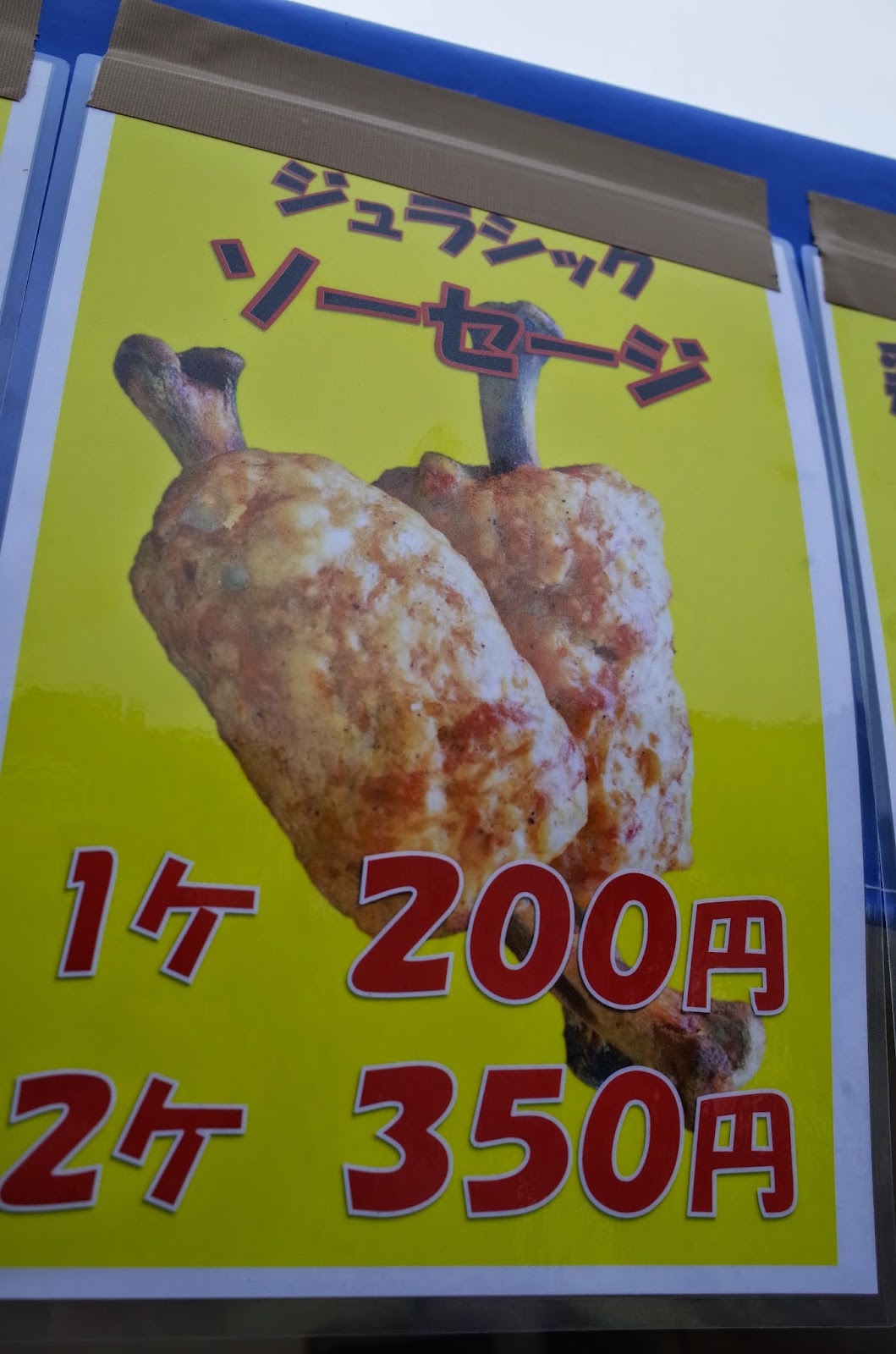 Outside the trick art exhibition there were a few food stalls that sold festival food. I saw a sign advertising "Jurassic sausage". I decided to buy a pair, and it was a meatball wrapped around two small bones. My Japanese friend told me these are also called "manga meat", because it is made to look the way meat was portrayed in old manga comics. It was pretty good. 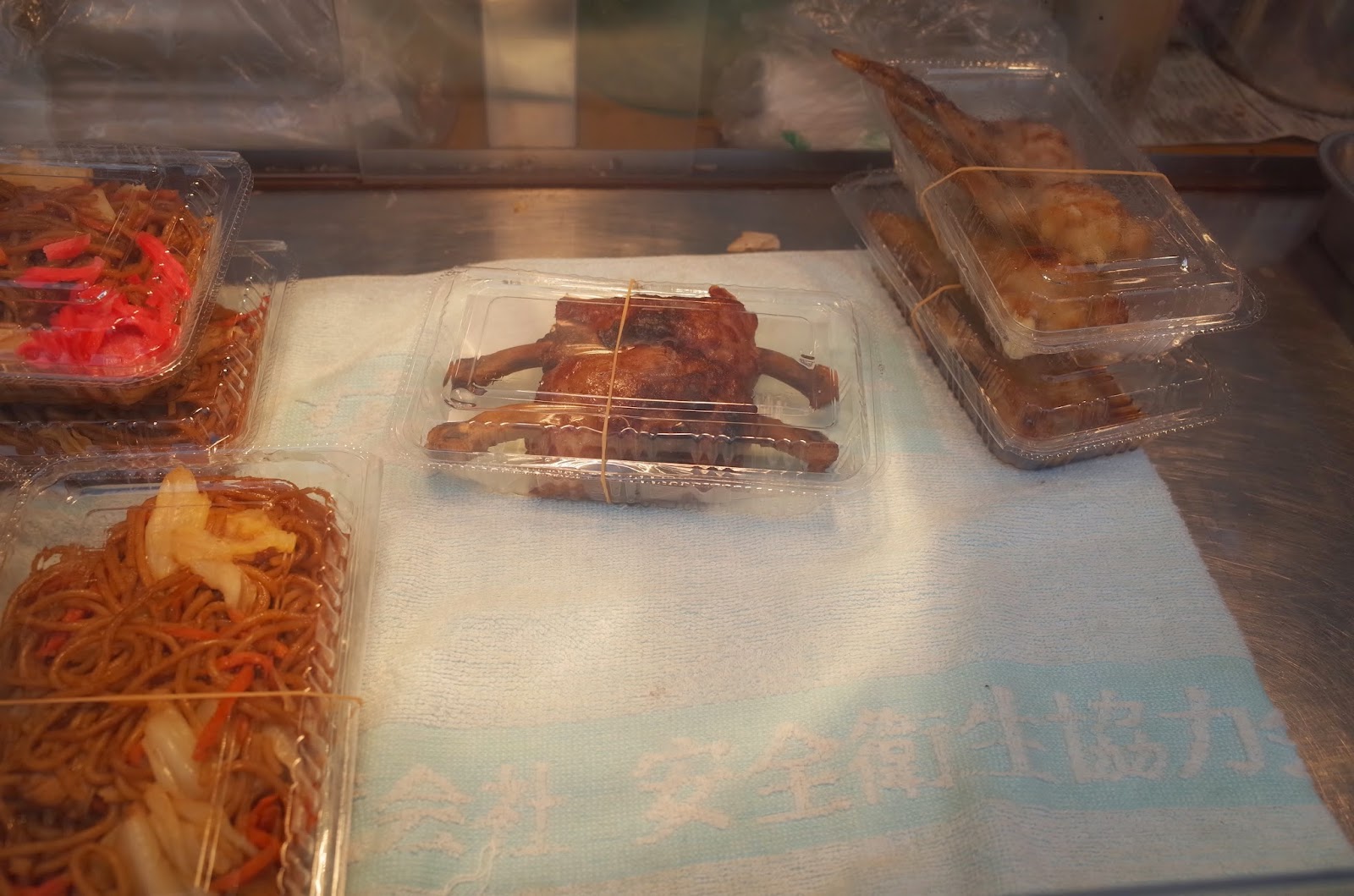 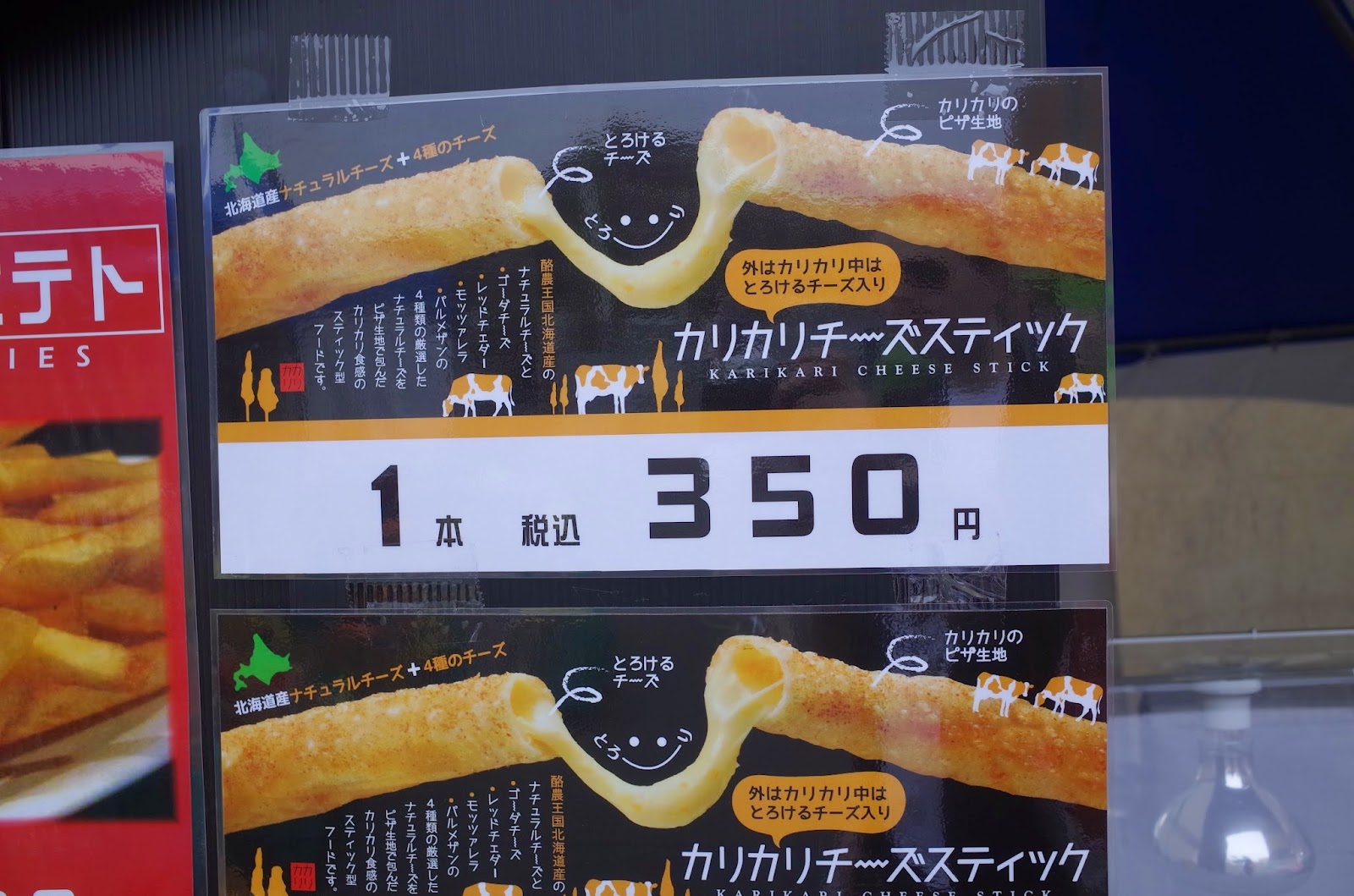 I also wanted to try the deep fried cheese sticks, but they were sold out. Instead, I ended up talking to a woman selling fruits and vegetables. She said the bananas were great and very cheap. So I bought a big set of bananas very cheaply. Which I regretted later. Combined with all the books on trick art I had bought, I had a very heavy load to carry around for five more hours before I got home. The woman selling fruits told me that this amount of bananas disappear "surprisingly quickly", but I am beginning to suspect that is only true if you have a family... I keep eating ridiculous amounts of bananas but still have lots of the left. 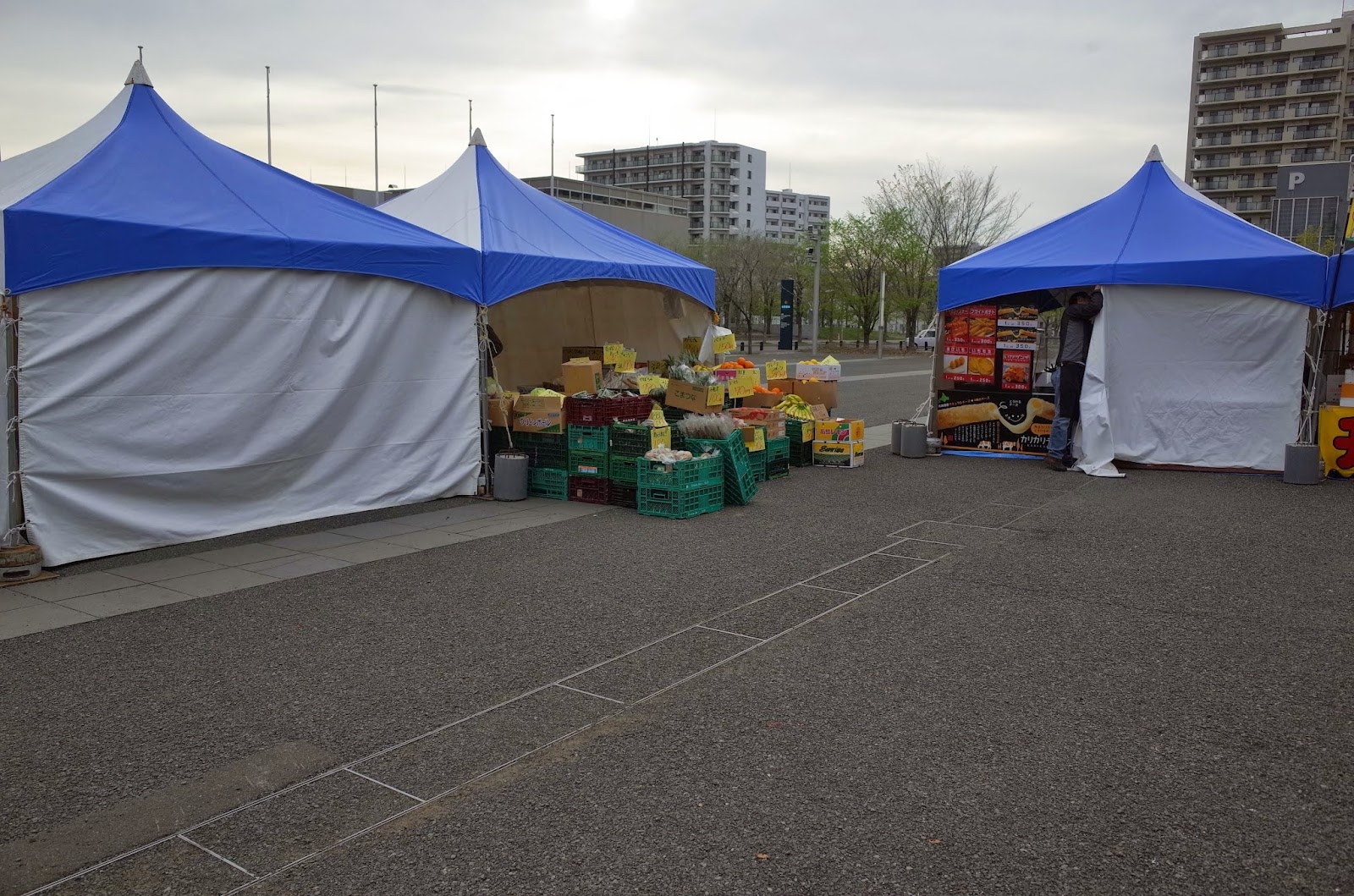 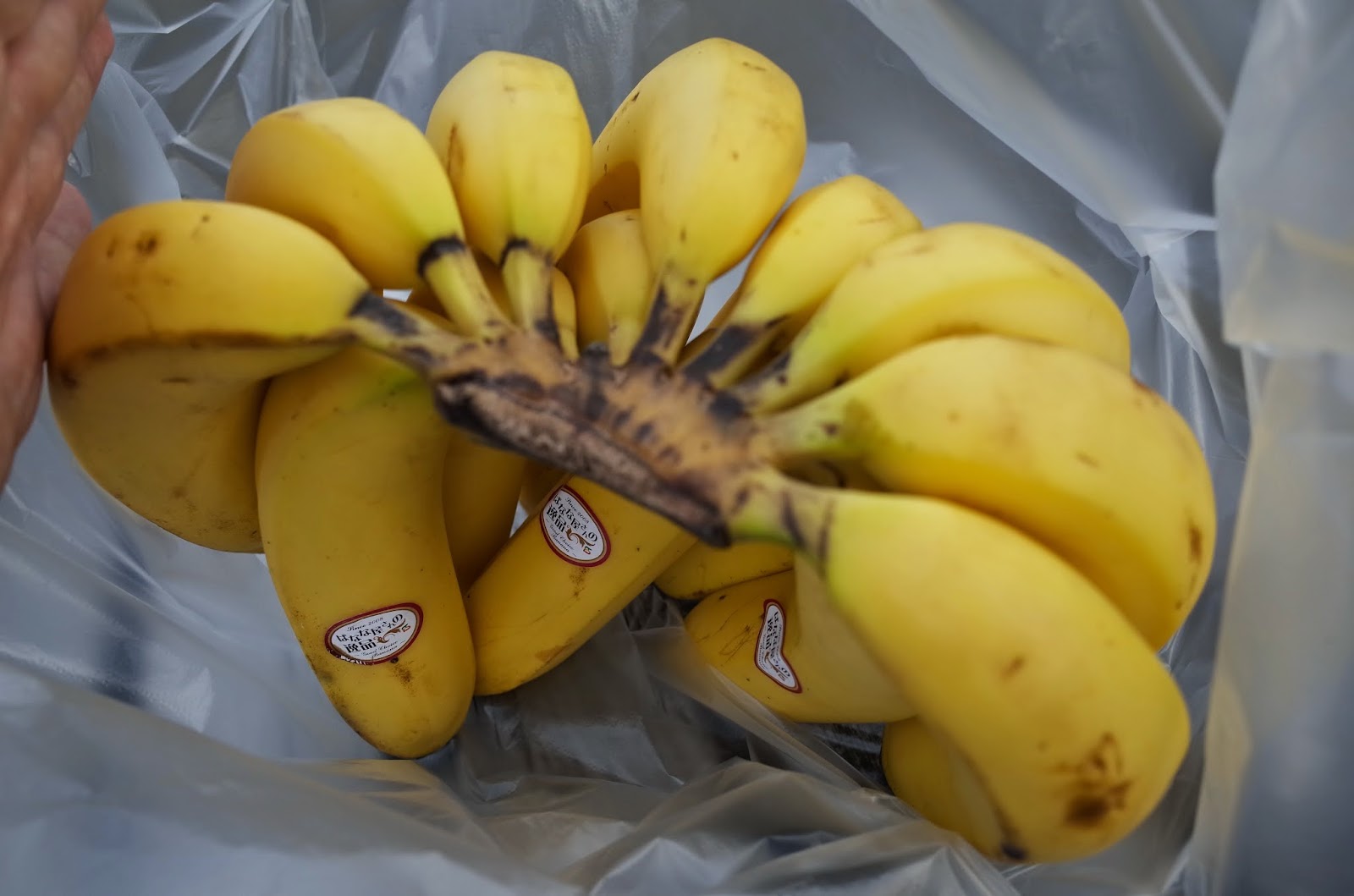