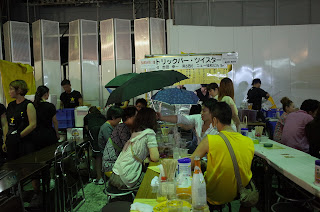 Back in August there was the yearly Susukino Festival. They close off the streets in the entertainment district from 18 to 22 during three days, and instead of having lots of taxis blocking the streets you have lots of tables serving not very good food and cheap drinks. Our magic bar had a stand together with a yakitori place that has very good food.

The first day of the Susukino festival has an "Oiran parade". Two girls (usually from the hostess clubs in Susukino) have to practice how to walk around dressed like an oiran. This involves wearing many layers of kimono and carrying a very long kimono belt that weights several kilos. There are also lots of other people in the parade, since an oiran would not walk around alone, I guess. 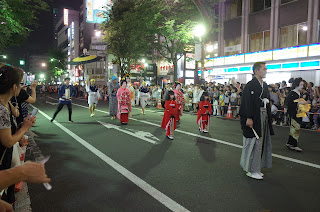 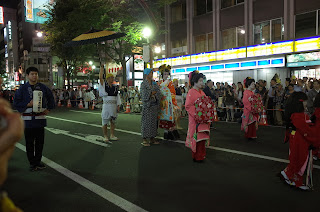 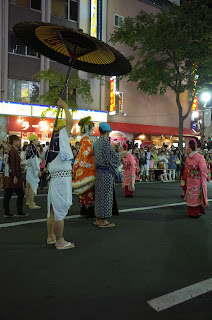 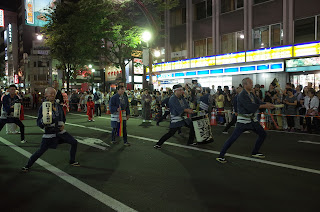 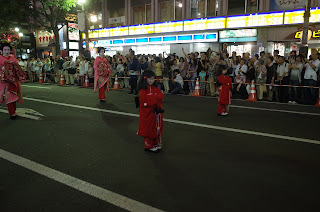 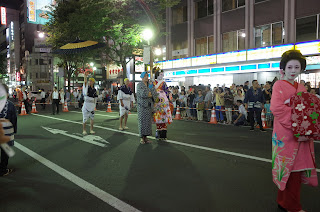 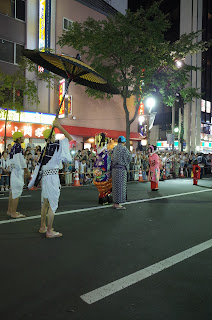 This year it only rained on day out of three, so financially I guess the Susukino festival this year was more successful than usual (it usually rains like crazy for at least two days). We had a pretty good spot, but a very small area. 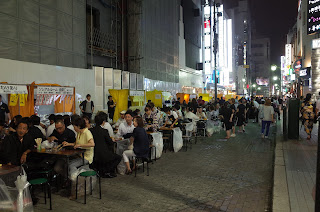 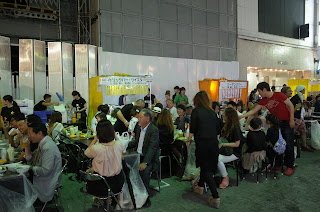 I usually show up in yukata for Japanese festivals (you have to use every opportunity to wear a yukata, since there are so few of them). This makes doing any actual work hard, though. It is also a pain doing magic wearing a yukata. But doing magic at the Susukino festival sucks anyway, so I figured why not? 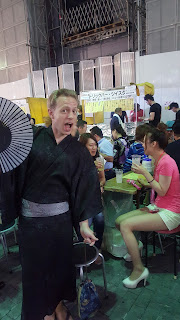 Some reasons for disliking doing magic at the Susukino festival includes rain (ruins anything made of paper, like a deck of cards), strong winds (blows away cards, sponges, threads, paper money, anything light), no space to stand (very very crowded), people being completely unfocused (people they know pass nearby and start talking to their friends all the time), and much more. People are usually very happy and enjoy the magic, though. 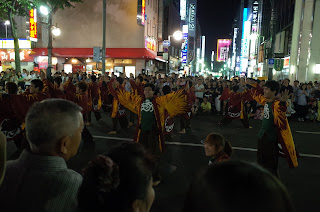 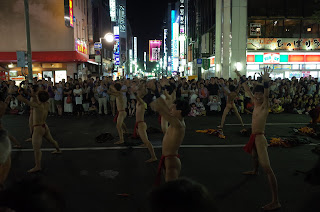 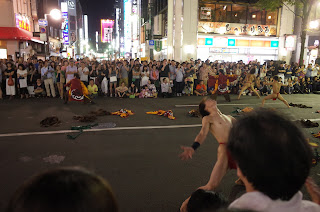 There are other entertainments during the festival too. There is a yosakoi (team dancing) competition, and the team from my university was there of course. There are also karaoke competitions and musical performances. There are mobile temples being carried around too. 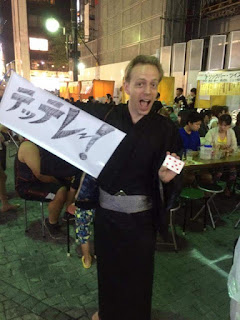 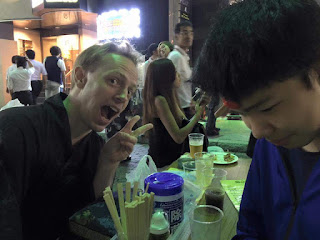 In Susukino, you meet a lot of people that you know when everyone is drinking in the street. Normally everyone is hidden away in the hundreds of small bars here. I walked past a table where two guys who are so into fishing that they looked up information on the Internet and then found their way to a bar I often go to just because a "famous fishing expert" they follow on Facebook mentioned he was there drinking. They recognized me from the one time we met in the bar, and bought me drinks and food in the festival. They were drinking with one of the transvestite dancers from LaLaToo, our famous transvestite show club. 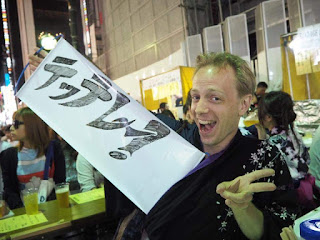