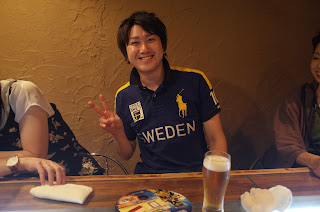 Some time ago, a guy came to our magic bar wearing a shirt that that said "Sweden". He likes Sweden because of sports, he said. 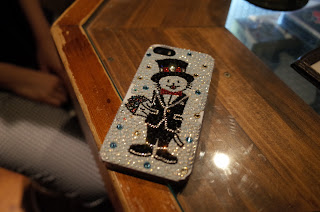 There was also a girl there who claimed to not do magic but who had a very magician looking cell phone decoration... 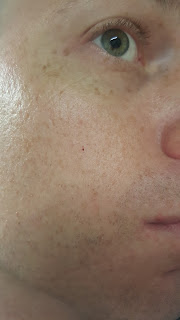 During this evening, I needed a new bottle of soda water for some cocktail I was making and one of my colleagues was putting bottles of soda into the refrigerator since all the bottles there had been used up by this time. He stretched out his hand that had two bottles towards me and I thought "great, he is giving me one of these two bottles since I need soda". Turns out he was thinking "here, take these two bottles of soda and I will go get more". So I grabbed one and he released both.

The glass bottle fell very cleanly and landed standing on the floor but the glass broke any way and things went flying everywhere. Soda is not so bad to get on your clothes so that was fine. I noticed later that I had several small cuts on my face from glass passing a bit too close for comfort, though. Since the cuts were very fine, there was not that much blood. And when I got around to take a photo, someone had wiped off most of the blood but if you look really carefully there is a small speck of blood left near the center of the photo, haha.