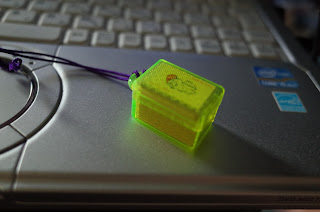 A friend of mine had mentioned that there was a shop very close to my home that sells really tiny decks of cards. I finally managed to go there when they were open. I bought six decks of cards, which probably made me the highest paying customer in months, since all the stuff they sell (except the cards) go for like 10 yen or so, and I ended up shopping for 6500 yen. 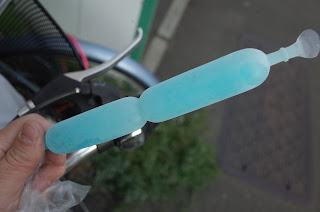 So the owner gave me an ice cream for free. Yeay!

When I entered the shop, there was an old grandmother and a six year old boy there shopping already. The owner looked at me and then asked me: "Are you together?" pointing at them. Perhaps he though I was a relative, haha?
Posted by Jonas at 7:28 PM