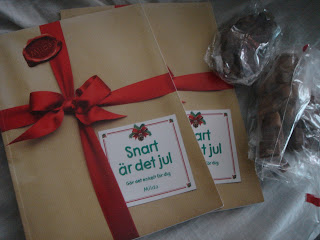 Wednesday was the last day of work at my university, then we have 6 days off for New Years, which is a big holiday in Japan.

In the morning I woke up and got into the shower and with fairly good timing, the mailman called from downstairs to tell me that there was a packet for me that was too big to fit in my tiny mailbox right as I got out of the shower. So I buzzed him in and managed to wrap a towel around myself before he got up to my floor. He brought me a package from my parents, full of chocolate and other things that will make me even fatter (but delicious :-) and some cooking books with Swedish Christmas food. 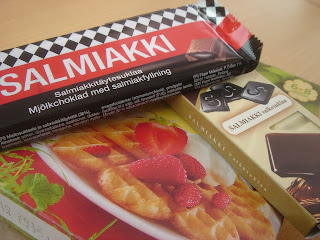 Later when I was having lunch at the university, I got another present from Sweden. Two Swedish friends who are currently visiting our university gave me more chocolate (filled with salty licorice, which is nice both because it tastes good but also because no one else in the whole country can even eat it, so I do not have to share :-) There was also Swedish waffle mix. So I will likely swell up like a balloon, especially since I cannot get rid of this very tiresome cold I have had since I played with all the kids at the Christmas party, so I cannot even exercise. 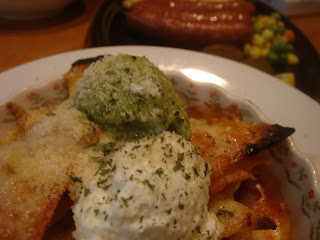 After work, I went with two colleagues to a Mexican restaurant and had some (well, a lot) nice food. We then continued on to a bar where one of my friends work. When the three of go out at night, it always turns into a heated discussion of politics/ethics/economics. And we have very differing views, so discussion never ends, but it is a lot of fun.
Posted by Jonas at 5:29 PM