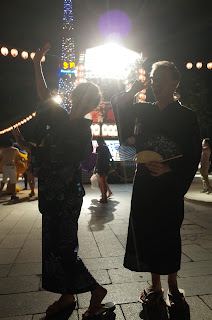 During the one week of Bon-Odori, I also met a girl who works at the same university as me. She also claims to have lots of yukatas, so she showed up in one of them. We met when I was doing magic at an event and she was on stage performing with some Latin American dancing group, so of course she also dances. 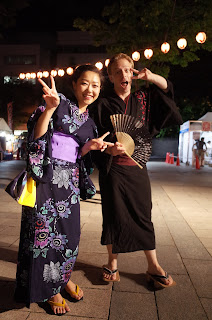