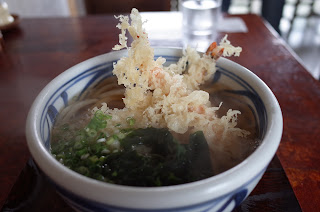 Seven years or so ago, I was introduced to a very nice and very funny Japanese guy who also does magic. We are more or less the same age, but he had done magic for several years before I started. We were introduced by a common acquaintance because we all do magic as a hobby. 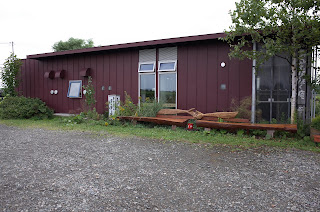 He used to work in an udon noodle restaurant run by his father. Now his father has retired and my friend is running the whole place. Since this restaurant serves really great noodles and also has a really great view, they are very busy. This means my friend is extremely busy of late, and we have not met much lately. 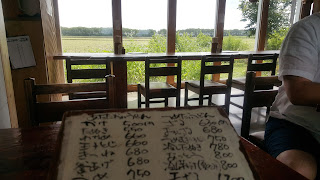 The restaurant is located quite far from central Sapporo. I have many times thought that "this summer I will find one day with nothing else planned and go there by bicycle", but if you work in Japan, finding a whole day with no work planned is not that easy, haha. So I have never been there. 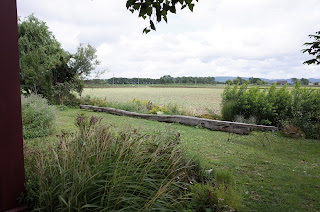 A few weeks ago, one of my magician friends told me that he was going there with his wife and that they were going there with one of the regulars from our magic bar. He asked me if I wanted to tag along. I said that that would be great! Five minutes later, he told me that they guy with the car said that there was actually no seat available for me, so I could not go... 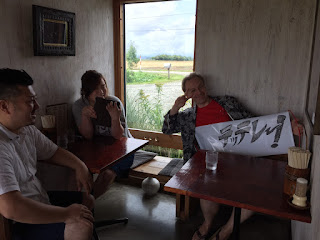 I met the guy with the car at a fireworks festival, and he apologized for not having space in the car and suggested we go some other day. That day finally came, and we went to have udon. When my udon making friend saw me, he was very happy about me finally coming there. I did a magic trick and he took a photo of me. I took lots of photos of the restaurant and of the food. 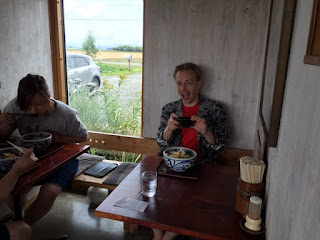 The food was indeed great. As was the view and the service. Then we went back to Sapporo and it was time for me to change into my costume competition gear.