Yukata night in One Star Bar 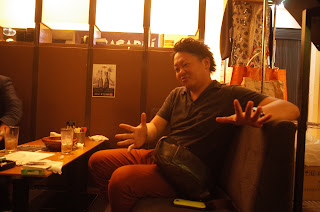 I have too many yukatas now, so any excuse to wear one is good. A bar where a friend works had an event called "yukata night", so I decided to attend. I first met a guy I used to meet quite often before he moved to the other side of Hokkaido. He was not wearing a yukata, but he asked me to do some magic for his friends and even came to our magic bar later that week with his girlfriend. 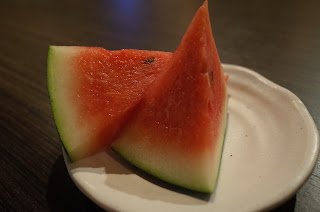 After having struggled through some magic (doing magic is not that great in a yukata), I ended up sitting at the counter. A Japanese man in a yukata came and sat next to me. Everyone working in the bar wore a yukata of course, and most women there also wore yukatas, but not so many of the men did. Anyway, this guy did. We looked at each other for a while and decided that we had probably met before. It turned out to be at a bondage club. He works there, and I was there doing research for magic tricks to do at the bondage event I performed at three years ago. 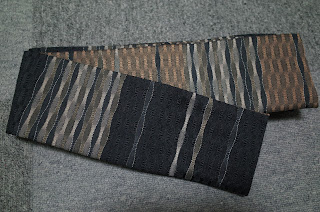 To celebrate the yukata night, I ended up buying yet another obi for my yukatas. I also got some free water melon. A good day.
Posted by Jonas at 6:37 PM