The day before "team Jonas" was scheduled to appear in the Bon-Odori costume competition, I bought a new camera. The costume competition usually has many entrants with impressive costumes, so having a good camera with you is nice. The new version of the camera I used up till now (but which I managed to break when falling down the stairs with the camera in a pocket) had just been released, so I bought that one. Ricoh GR II. A nice camera that does not do much more than the last version, but that is pretty good. The only really new feature is that you can leave the camera and control it from your cell phone. You can see what the camera sees in real time on the phone, and change any settings etc. 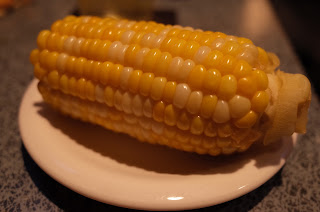 When I went out to get something to eat, I ran into lots of magicians. One guy was a student at my university and was in the magicians' club there a few years after me. I also met Birdie Koyama, possibly the most famous magician from Sapporo. He is more or less retired now, but used to be a big thing in stage magic and used to have his own magic bar in Sapporo. He has now moved to Niigata, but he was in town for a few days, he said. 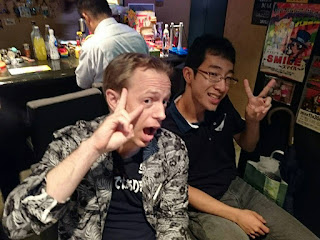 Birdie Koyama has lots of magicians that trained under him. Several of them, and some magicians that are just friends of Birdie Koyama, were also there. Despite there being at least five magicians (there were people I do not know there who may or may not have been magicians :-) in the room, I was asked to do magic for a group of non-magicians. No one else was asked to do anything, so either I have to work harder to earn my food, or I am just that much more entertaining than the other magicians. Must be the latter, I am sure, haha. 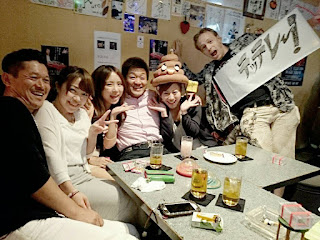