English words that are used in weird ways in Japan 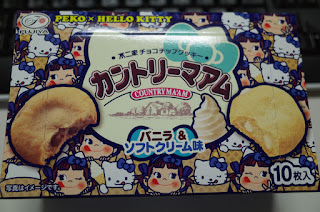 I have had conversations with my Japanese friends were both parties use the same words, but were everyone gets the feeling that something is wrong with how this conversation is going. This can happen because in Japan people use English (or French, or German, etc.) words to use something similar but different from what the words mean in the original language. It gets extra confusing when the same thing happens in Swedish.

One time this happened to me it was related to the word marmalade. In Japan, this means "orange flavored jam". In Swedish we have a word "marlmelad" which means almost the same as marmalade in English. In Swedish it generally refers to something that is like jam but thicker than jam. It is most often based on citrus fruits, but can be used for thick jams made from raspberries or whatever too. In Japan "marmalade" is a word that describes a flavor (and that flavor is orange flavor). In Swedish, what we call "marmalades" can come with many different flavors, and marmalade is not a word you can use to specify a flavor (but in Japan you can find "marmalade flavored" candy etc.).

Today, our coop sold a product with a similarly confusing word usage. It was "soft serve ice cream flavored" cookies. In Sweden, ice creams (soft serve and regular) come in many different flavors, so describing the flavor of a product (like a cookie) as "ice cream flavored" would be like describing the color of your house as "boat colored". Boats come in many colors, so it is not a good explanation.