Taking your trousers off in front of strangers; just another day in Japan 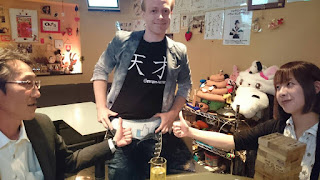 In Japan it happens to me quite often that people ask me what underwear I am wearing, and also that they ask me to show them my underwear. Sometimes people that I know ask me to do that, sometimes people I have never met before. Yesterday it happened to me three times during one evening. 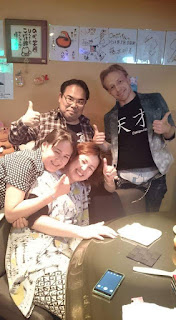 Luckily, I was wearing funny underwear. These are from Japanese Amazon and shows the Facebook "Like" symbol. In Japanese the "Like" function is called "いいね", which means something like "that's great" or "I like that". These underwear come with the text "いいよ" instead. This changes the meaning to something like "That will be fine (I don't mind if you to do that)" or "Tonight is OK!" or perhaps something like "you have a green light tonight". People thought this was funny. Also, the t-shirt says 天才, which means "genius". They thought that was funny too. 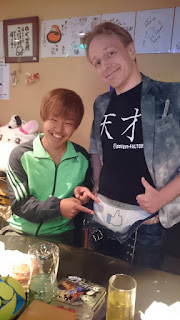 Since this happens to me all the time in Japan, I have come to believe that this is just normal in Japan. Some of my Japanese friends often say that this is not at all common in Japan and that there must be something wrong with that makes me run into weirdos that ask me to take off my trousers all the time. 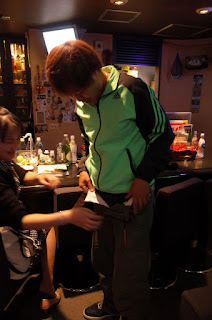 My theory is that they are wrong. I have seen the same thing happen to lots of other people too. Last night there was another guy who also was asked to take off his trousers and show his underwear. I took some photos of him to show my friends that it is not just me, next time they bring up their unconvincing theories. 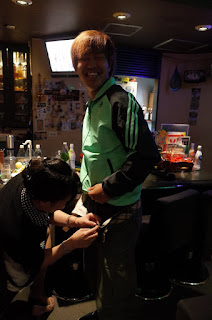