Yesterday I went to the Urasando (a place in Sapporo) Festival. It was hot, and a lot of fun. I met several people that I know, and one of them asked me to do some magic for some people that she knows. Luckily, I had an enormous banner saying funny things in Japanese hidden inside my yukata. 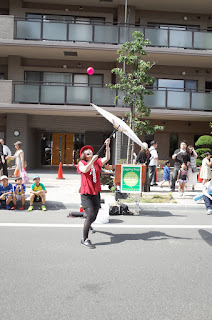 There were several types of performances going on at the festival. I saw some jugglers, one of whom I know. I also saw a magician I know. This was the first time I saw him perform.

The magic was pretty funny. I found many of the jokes interesting. There was one thing with pictures of cranes and tortoises involving dots on the pictures and the word "game" which was a very clever word play thing that I found great but since the main audience had an average age of around 6 years old, no one else seemed to get it, haha.

I got to see the "ride a broomstick" illusion live for the first time, which was funny. Everyone laughed at this trick. There were many other things going on too, like being tied up and escaping or having coins mysteriously end up inside cola cans. 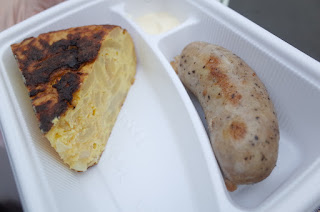 Japanese festivals are mainly about food, so I had some food too. And the people I did magic for gave me some wine in return. 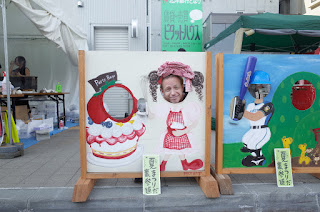 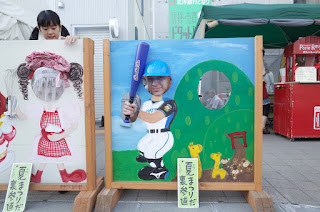 I also did some shopping. I keep buying small toys thinking that "this could probably be used for some magic trick, I had better buy it just in case I later have some great idea".