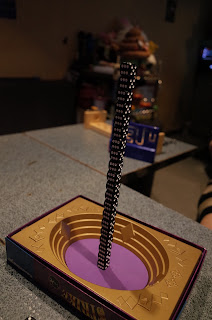 Recently I was asked to try building a tower of dice on top of a wobbly surface. I was told that someone had built one to the height of 15 dice and I had to beat that before they would let me leave. I managed to get to 20 and take this photo, but the 21st toppled everything. But at least they let me go home, haha. 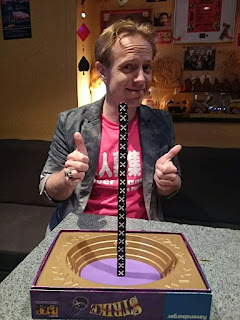 They also uploaded the above photo of me to Facebook. One man I know commented that my shirt says 恋人募集中 ("koibito boshuuchuu", "taking applications for the position of girlfriend", or more casually "looking for a girlfriend"). I replied that "I have 20 Xs, though". In Japanese, this joke is better, because "X" means a crashed marriage, so "バツイチ" ("I have one X") means you have been married and then divorced once and バツニ ("X 2" or "two Xs") means you have divorced twice (each divorce gives you one "X"). Being "X 20" would be quite impressive in some sense, but also means you are unlikely to be able to keep up a relationship. 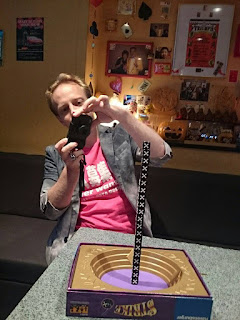 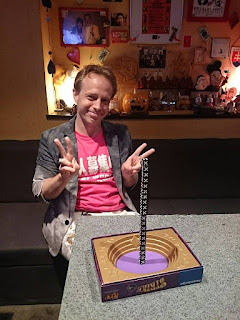