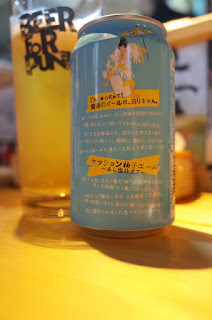 After having seen almost naked body builders, almost naked samba dancers, not particularly naked jugglers, and more, we decided to have some food. My friend took me to a very small place that she likes because they do not allow you to smoke there (in Japan, many people smoke, and they smoke everywhere except outdoors). 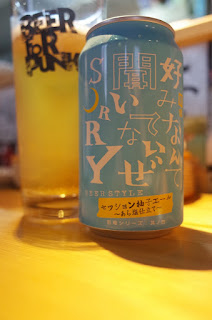 This place served some interesting food. We had pork stuffed with goat cheese, "extremely spicy" meat balls (that my friend could not eat because she cannot take spicy food), deer sausage, octopus salad, and some other things. They also had some interesting things on the drink menu. My friend ordered some thing called "I'm sorry beer". 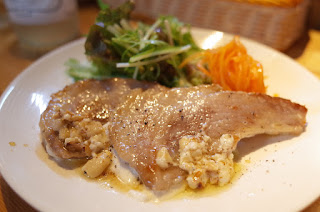 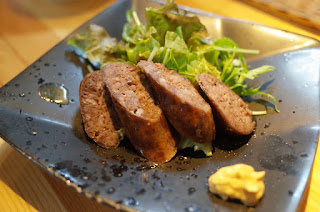 This refers to the maker who says that he will not make "normal" beer, he will only make whatever fun beer he likes to make. I am not sure that is something you need to apologize for. This beer was yuzu flavored. I tried a little, but since I don't like beer, I did not like this either. 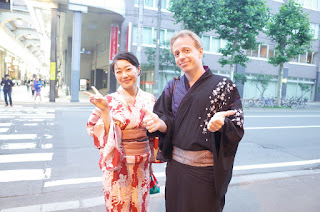 After leaving the restaurant, an old woman complimented either me or my friend, or possibly both of us, for looking good in yukatas. At the festival, some other old woman complimented me on wearing a yukata more or less correctly too. She thought that since I was blond, I could not understand Japanese, so she kept talking to my friend as if talking to me and/or as if I was not present, expecting my friend to translate. I kept answering back in Japanese, but the old woman did not seem to realize that my friend never actually translated anything, and that I spoke Japanese to her, and she just kept speaking to me through my friend. This happens from time to time in Japan.
Posted by Jonas at 7:10 PM