This year it was the 21st Yosakoi Soran festival in Sapporo. Yosakoi is based on some traditional folk dance, but is a modern reinterpretation kind of thing. It is a dance competition, where teams of between 30 and 200 dancers do synchronized team dancing (that has to include some moves from a specific type of traditional folk dance) to techno versions of traditional folk songs. They usually wear very colorful clothes, and it is common to do instant clothing changes during the performance, which can look quite impressive when the color of a 200 people strong team suddenly changes.

Many people who live in Sapporo are uninterested in Yosakoi, and complain about the noise, the fact that lots of roads are closed for 5 days to allow dancing on the streets, the fact that the city is filled with tourists so you cannot find parking spaces, etc. etc. I like it, though. And lots of people come to Sapporo to watch, and many thousands of people come to participate too.

Here are some pictures of a team dancing on the street just outside our magic bar. My boss did not like that they were a) blocking the street so he could not drive his usual route to work, b) blocking parking spaces so he had to cruise around for 20 minutes to find a parking spot, c) play music so loud we could hear it inside our bar, haha. 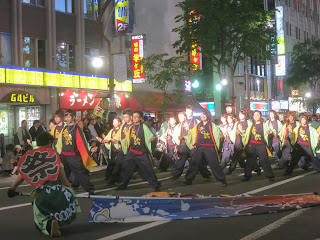 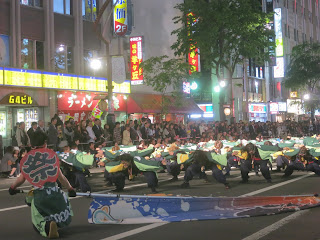 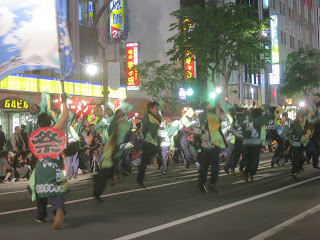 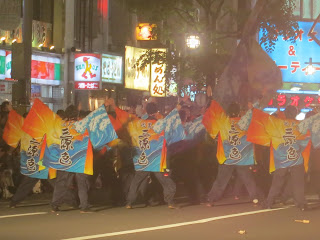 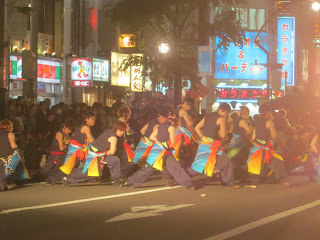 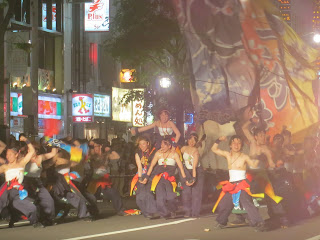 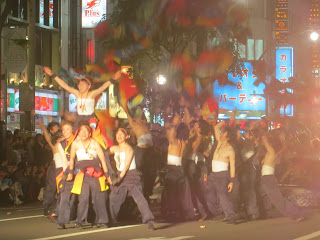