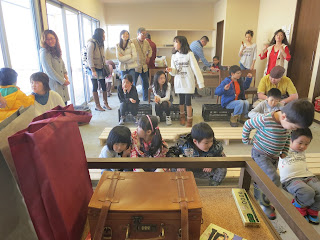 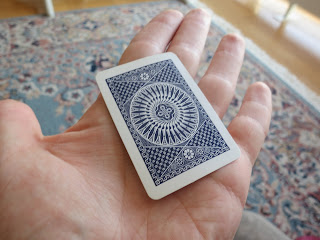 A friend of mine was organizing an event for children on Sunday two weeks ago. He asked me to come and do a magic show for the kids at the even. So I went to Futomi, a place close to Sweden Hills outside Sapporo. It was around 15 kids, very young, and slightly more grown ups (parents, people organizing other things at the event).


I did around 25 minutes of magic. Producing lots of weird big boxes from and empty paper bag is always popular, as is multiplying Pikachu-sponges. I also did a bingo game magic trick on request. They were supposed to give all the kids a bag of snacks after the event, so they told me to do it in a bingo game. Everyone had a different bingo tray, and despite this all kids got bingo at the same time. Next time I will bring bingo trays for the parents too, and have only the kids get bingo.

After the magic show, I went with my friends to their house since they were scheduled to have a guest from Sweden later during that day. While waiting around, I found a deck of Tally Ho cards (popular with people doing card magic), but in mini size. Why would normal people have that lying around?

The Swedish guy was very nice. He was a 42 year old high school teacher from Sweden, and he was in Japan to learn about Japanese teaching of botany or something like that. I translated stuff like "this is the toilet" for him and my Japanese friends in whose house he was staying for 5 nights.