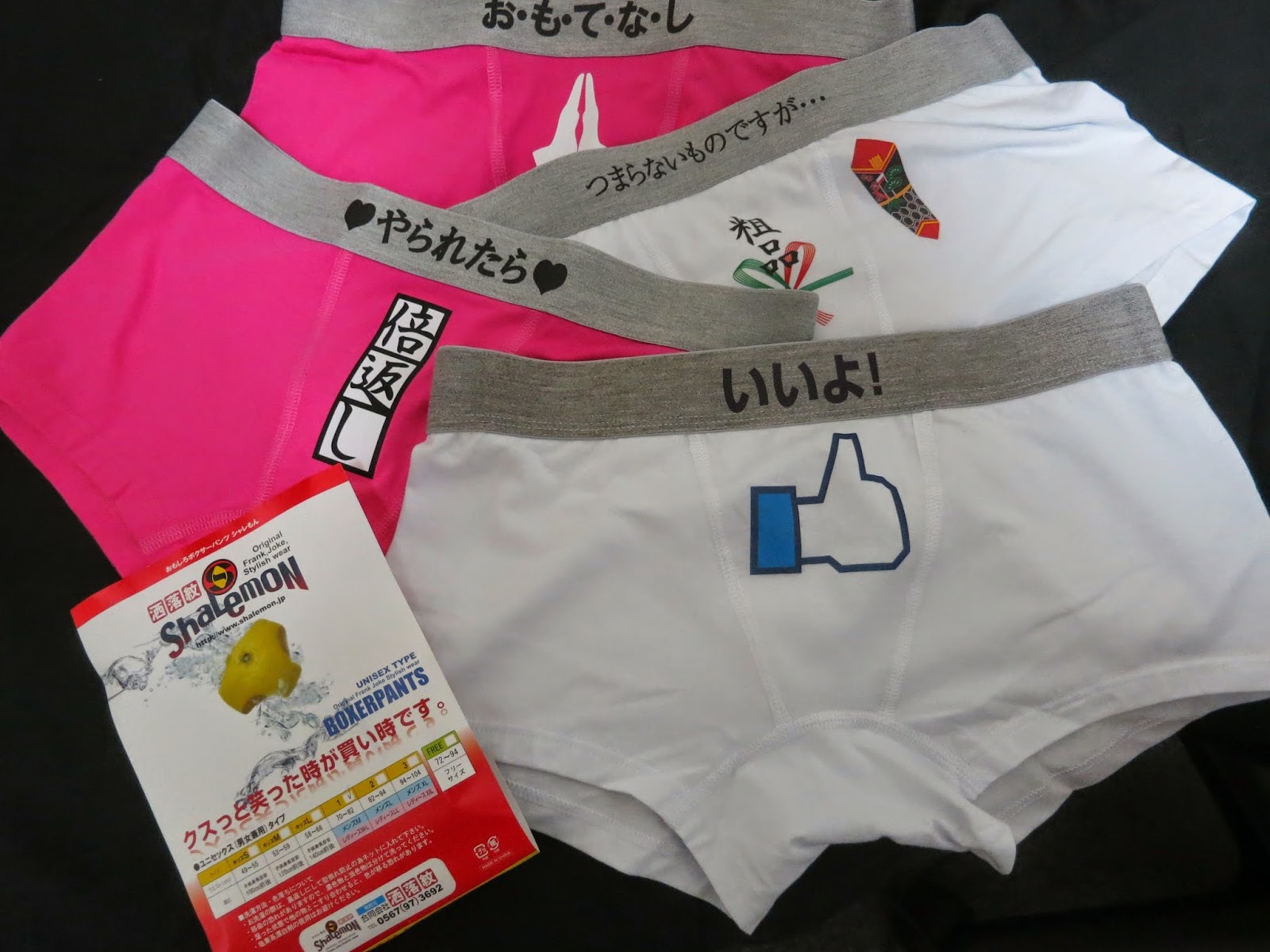 This week, a girl I sometimes run into in bars said she was disappointed with my underwear (not being funny). Before, she has said: "So, show us your underwear" in front of lots of people we do not know in some bar here in Sapporo. It all started when her house was in danger of being hit by a landslide. Japan is a strange country in some ways.

The original Facebook Japanese for the "Like" button says いいね, "ii ne", which means "good" and a particle for "I believe we think the same". So "Good, as you said!" or "Good, right?", depending on context. The underwear says いいよ "ii yo", which is "good" followed by the particle for "I am informing you of something". So "Tonight it is OK" or "This here is good, just so you know", kind of.

I learned that you can buy these at Amazon and ordered some new underwear. I also got one pair that says "This is just a small/trifling gift" and looks like Japanese gift wrapping, and one pair that says "What ever you do to me, I will return twice as much" (a phrase that is popular on TV recently).

My colleague at the university asked me why you would need so many funny underwear. Who are you going to show them to? A Japanese friend asked the same. I said that people often tell me to show them my underwear in bars, and asked if that never happens to them. Apparently, it never does.

I also suggested that it might be possible to come up with a magic trick where for some reason you end up having to take off your trousers.

Update: Today I also received a message from another Japanese girl (my friend's friend's girlfriend) that said: "Next time, we will have you show us these funny underwear".
Posted by Jonas at 2:12 PM