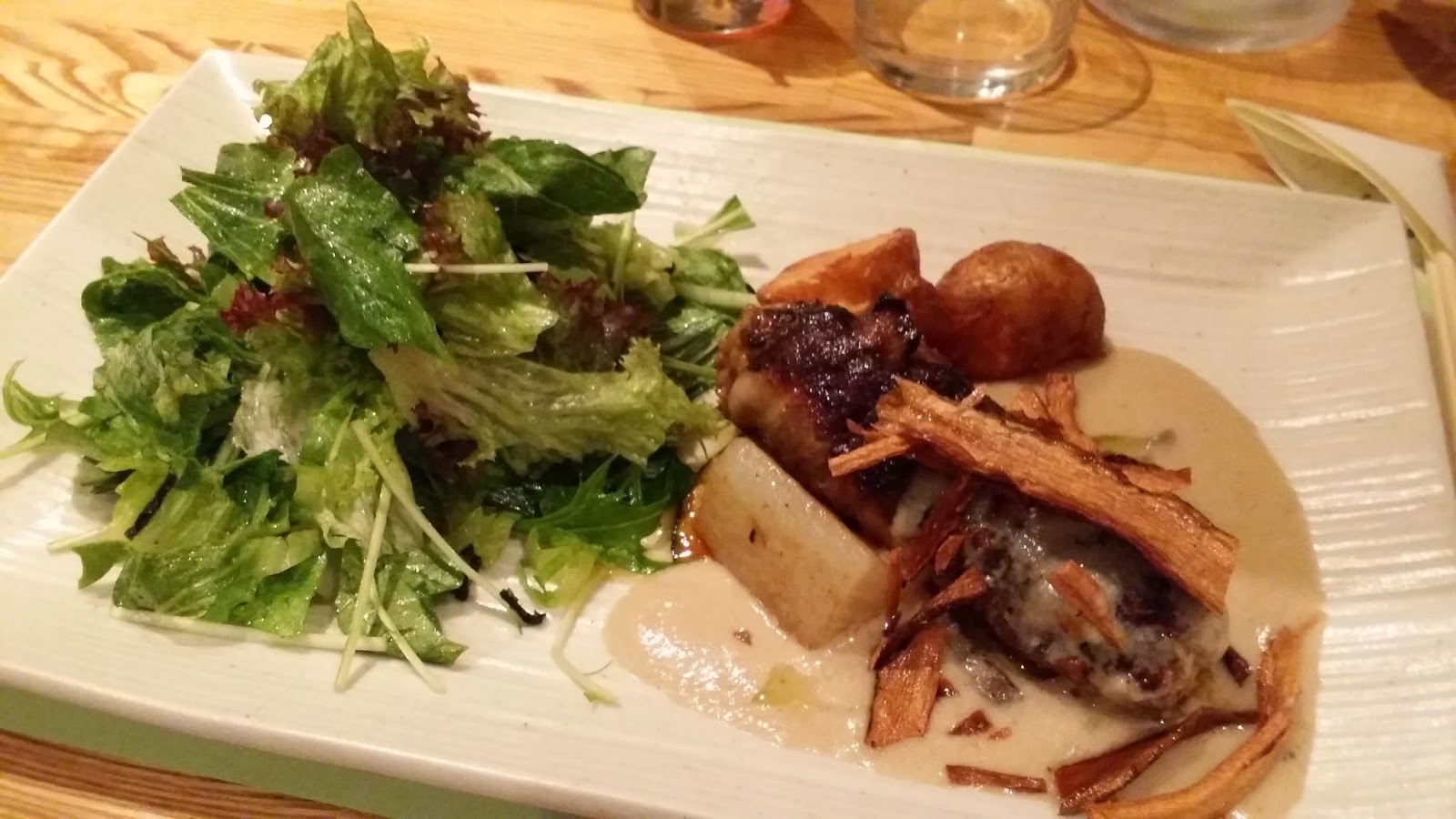 I recently met up with one of my two Bulgarian friends. We first met when I first came to Sapporo and lived in a dormitory for foreign students. She lived in the same dormitory, and came to Sapporo at more or less the same time I did, so we had some shared "I have no idea what is going on in this crazy country" experiences.

The second time I came to Sapporo I met another Bulgarian. He had the desk next to mine at my lab at the university. He was also super nice. He asked me if I wanted to come to a birthday party more or less the day after I arrived. He said it was for a Bulgarian girl. I asked: "Is her name Nina?" and he was very surprised (because it was). He also told me that she had recently broken her wrist when falling with her bicycle. That was a bicycle I had given to her...

Anyway, she has been in Sapporo longer than I have (since I left Japan for half a year or so), and she wanted me to pick a restaurant but she said she didn't want to eat anything "too Japanese", because there is still a lot of Japanese food she does not like. We ended up at a place serving "hanbaagu", which is very nice. She liked it too.

Since it was something like 6 years since we last had a chance to talk (though from time to time we run into each other in Indian restaurants), we had a lot of catching up to do. She has a "normal" Japanese job nowadays (when we met, she was a student), and I have two crazy jobs (university is weird, magic bar is possibly weirder). She has lots of foreign friends (I have almost none) but few Japanese (I know lots of Japanese that it might be OK to call friends), so we have somewhat complementary views of Japan.

Just before meeting my Bulgarian friend, another woman came up to me and said: "Ah, Jonas". She also said: "Do you recognize/remember me?" Since more than 60% of her face was covered by a mask (she had a cold), it was difficult to tell. When she took the mask off, I did recognize her, though. We met in our magic bar a few months back.
Posted by Jonas at 4:34 PM