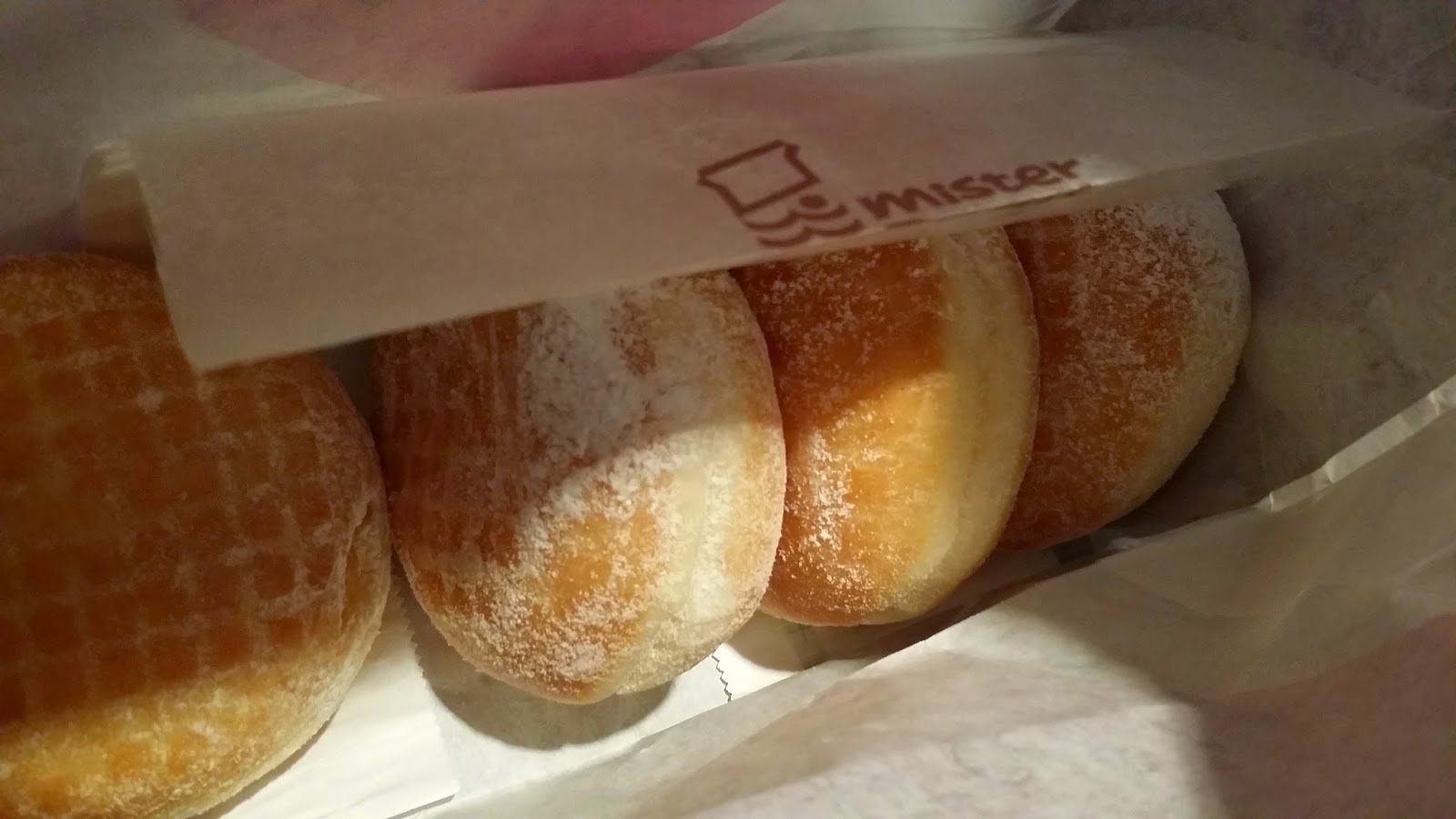 Recently, the mama at the magic snack bar Ropossa has kept mentioning a "Yuki-chan" to me. She tagged me on Facebook saying: "Jonas, I went to your magic bar with Yuki-chan but you were not there". Other times there were messages like: "Yuki-chan is here again", or messages about Yuki-chan's father.

The thing is, I have no idea who Yuki is. I saw a photo of her on Facebook, and still had no idea. So one day there arrived a message to me that said: "Yuki-chan is here now!", and I figured this meant they wanted me to come and say hello too. And I could finally learn who this person they keep mentioning to me is.

I ran over to Ropossa and met a guy I know a little (from playing Japanese card games with him at Ropossa several times) who had brought two huge bags of doughnuts. I had already had dinner so I declined all food suggestions from the Ropossa staff, but ended up with a fairly large bag of doughnuts to eat.

Anyway, I also met the young girl nicknamed Yuki. It turns out that we had never met before, so I am still not sure why they kept talking about her to me. Or, we had never talked to each other before, but when I was dressed as a ghost for the O-Bon dance, she and her father saw me (they were there watching the costume competition). He father asked me if he could take some photos of me, and I of course said yes. So I have met her father, and she was nearby at the time.

She also told her father that "I am sure that that guy is the foreigner that lives across the street from me". Indeed, she turned out to live just across the street from me, so she has seen me many times. I may have seen her, but since there are many Japanese people wandering around there, I have no specific memories of seeing her. After talking to her a bit more, she also turns out to be friends with a girl who is one of my "kohai" (person who worked in the same place as you or went to the same university lab as you etc. but entered later than you did) at the university.

The funniest thing with this Yuki-chan was the story about her visiting our magic bar. The magician who showed her magic does a trick where someone picks a card, return it to the deck, shuffle the deck, and then the magician picks five cards to use. After showing five cards to the spectators and giving the spectator the rest of the cards to hold on to, he guesses that the selected card was indeed one of the five cards he happened to pick. He then pretends to hold a card and says: "So this is the card, right?" And returns this invisible card to the deck that the spectator is holding on to. It then turns out that he now only has 4 cards himself (despite seemingly not having returned a card, since it was invisible).

When in our magic bar, it was the first time she ever saw magic performed live. When she saw this trick, she was stressed out and said: "I can't see the card!" in an excited voice and asked the mama from Ropossa: "Do you see the card?". She then said: "Yes, of course. You can't see it?" and everyone else followed along and pretended to see a card too.

When we met in Ropossa, I was asked to do some magic to some people I had never met before that came later, so everyone kept asking "Yuki-chan, can you see this card?" and "You see 8 cards here, right?" and things like that. It is nice to have such pure people watch magic. And if you have people who are un-pure enough and quick thinking enough to help you strengthen the effect, that is even better :-)
Posted by Jonas at 5:10 PM