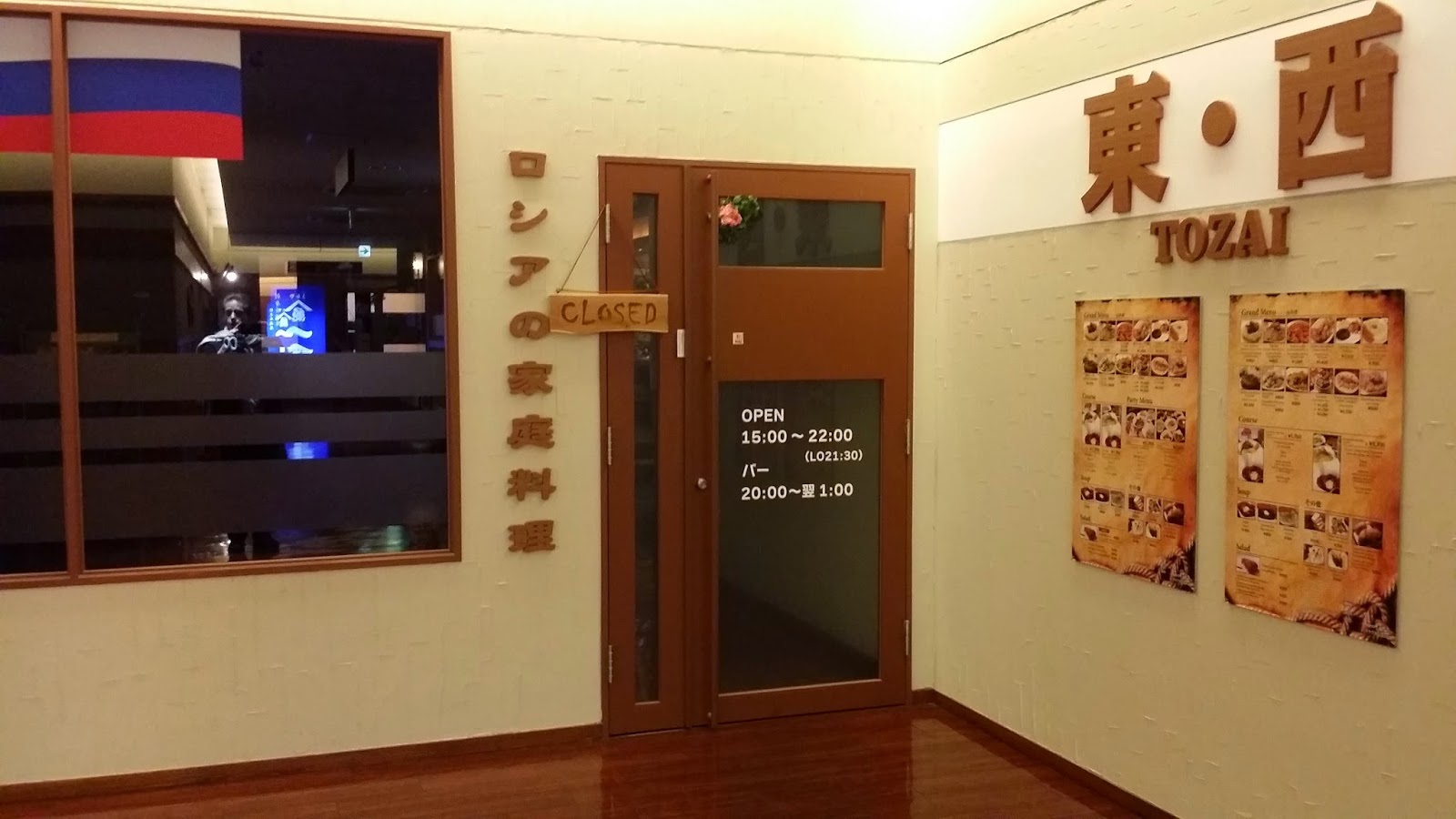 The two nurses that I met in Paris that turned out to also work at my university found another day when both of them were not working. Since we met in July, we have found two days where we could also meet in Sapporo. You would think it should not be that difficult to meet, since they work a 10 minutes walk from my office, but they work a lot. And weird shifts. So finding a day when both of them are free is apparently so difficult it only happens once every three months or so.

They wanted me to suggest an interesting restaurant this time, so I suggested we could try a Russian restaurant that our Russian exchange student said tasted like food in Russia. The nurses had never had Russian food, so they thought it was a good idea. It turned out that the restaurant had closed one week ago, though... So in the end we went to a Cuban restaurant instead.
Posted by Jonas at 4:44 PM