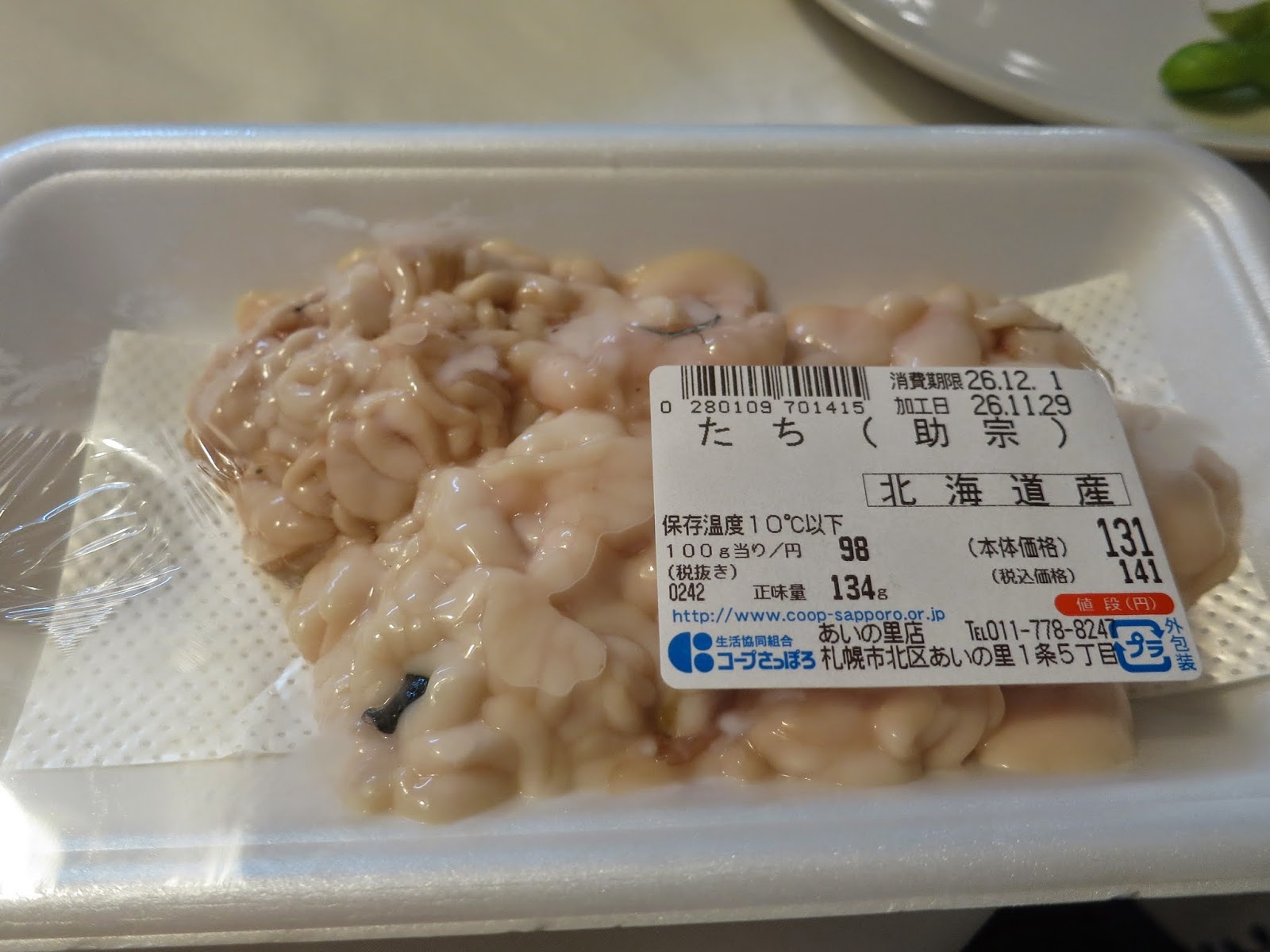 My two Swedish friends that often visit Sapporo are here for a conference in Tokyo (and then decided to visit Sapporo too, since it is relatively close once you are on this side of the Earth). We have some common friends in Sweden Hills, and they invited us to a nabe party (eating hotpot).

I asked if I could invite a woman who lived 7 years in Sweden but who is now back in Japan, and was told that that would be fine too. Then it turned out that our host and this woman ran into each other by chance a few days before the party, so by the time of the party they already kind of knew each other. 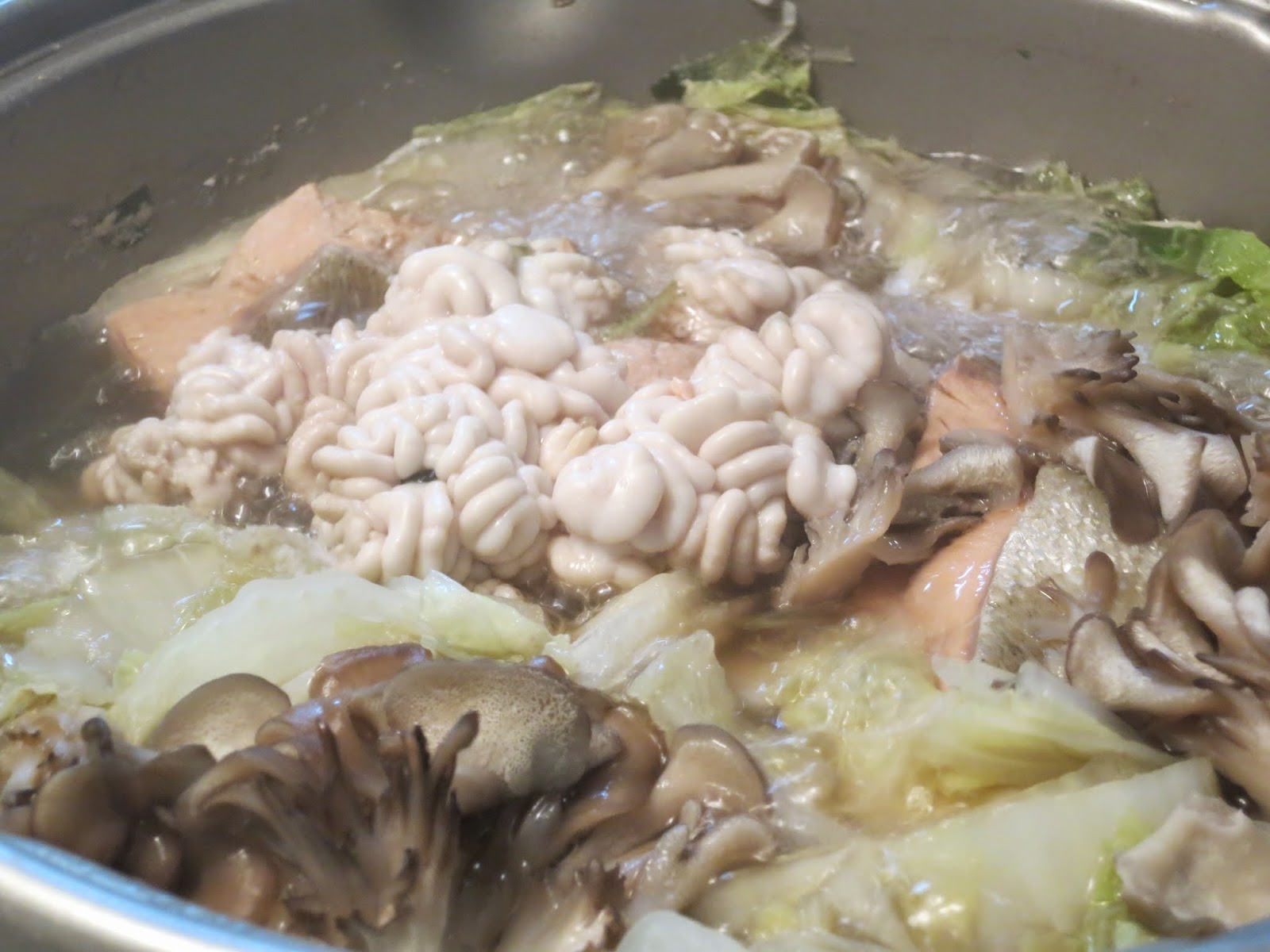 A girl who lives and works in Sweden Hills but who is Swedish was also invited, so in the end there were 4 Swedes in the same room, and even more people who speak Swedish quite well. Very rare.

The hotpot was good, of course. Suddenly, the father of the house decided that we should add "tachi". It looks like boiled brain (though you can eat it raw, grilled, deep fried, etc. too), but if you point this out people usually say: "Oh, it just looks that way. It is actually sperm". Not sure that is much better. 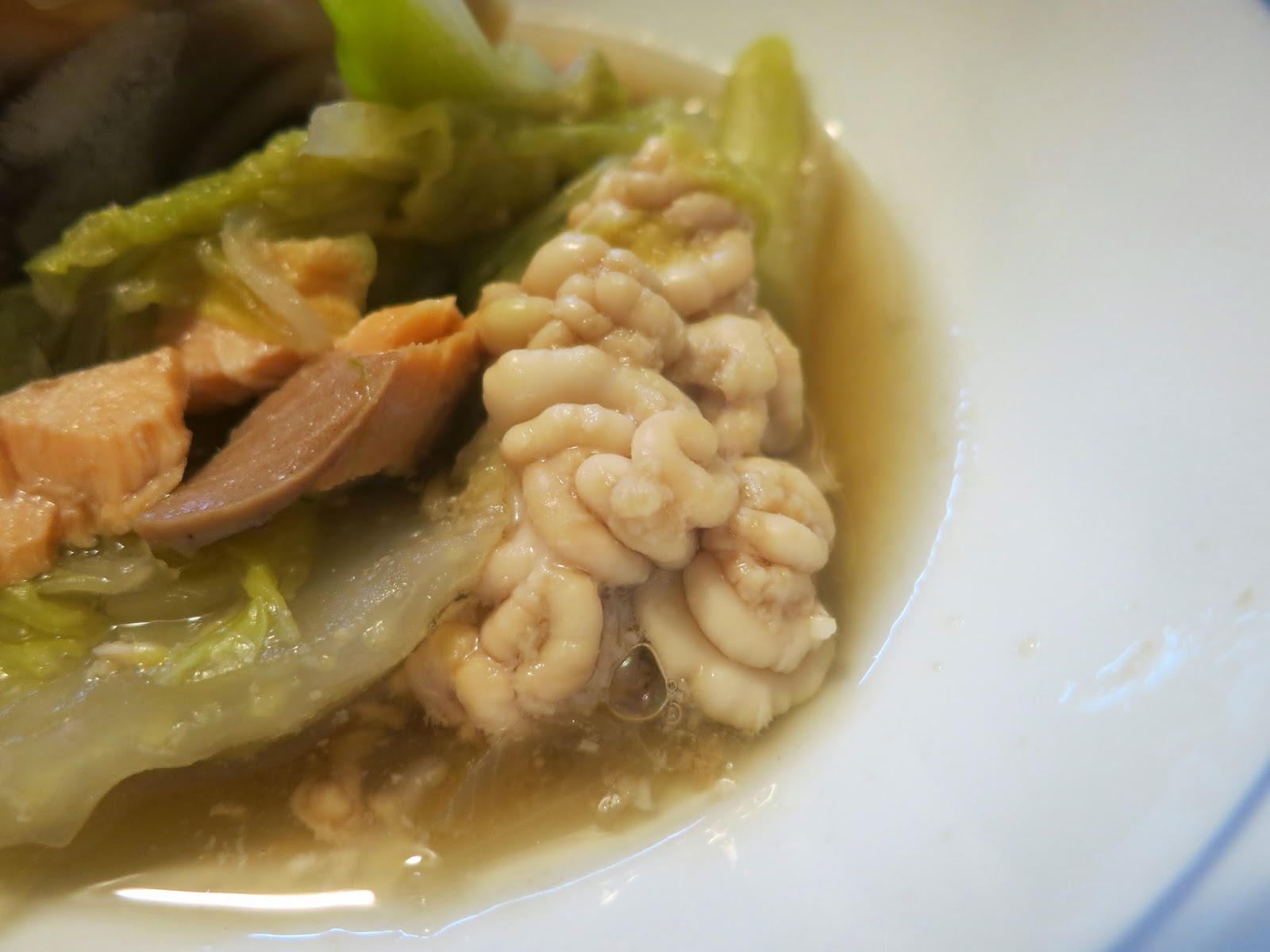 The taste is OK, but the texture is not. I am not a fan. Most people in Japan consider it expensive and fancy food (though it used to be cheap, I am told), so you should not complain when they serve it to you. I was pretty much the only one that ate it. Except for the father, of course, who likes it.