Magicians and their t-shirts 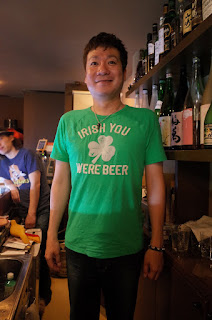 One of my magician friends had a new t-shirt this weekend. It says "Irish you were beer" and is S:t Patrick's green and has a clover. When I said it was funny, the other people asked me what it says and I explained that it is a joke on the phrase "I wish you were here" and the fact that Irish people like beer. Other people the asked me to check their t-shirts with English on them to see if they too had something weird written on them. 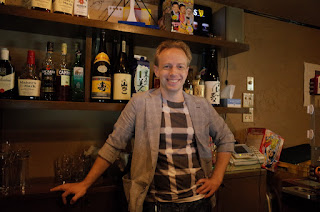 I had a t-shirt that Amazon claimed would look like an optical illusion with black dots appearing where there are no black dots but that turned out to have colors not really clear enough for the illusion to be effective. I was asked to "look cool" because the drunk people wanted to take a photo of me, but all my attempts were apparently "very much not cool". They instead suggested that this photo that they took when I was talking about something else was "very cool".
Posted by Jonas at 4:23 PM