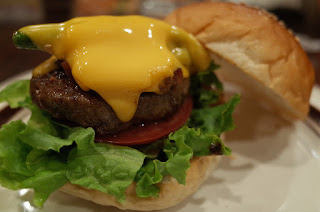 Here in Sapporo there is a hamburger restaurant called "Tack". This is how you spell the word for "thank you" in Swedish, so many Swedish visitors to Sapporo get lured in. I too entered this place the first time just to find out why they chose that name. It turns out to be a short form of the owner's name, completely unrelated to Swedish. It also turned out we had quite a few friends in common, so I run into him from time to time at other places too. 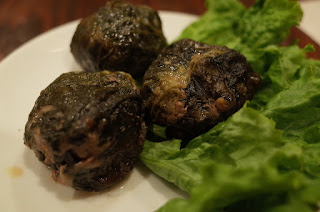 Recently I stopped by to have a hamburger there again and noticed two things. First, I noticed that they had Swedish money stuck on the wall. Some young Swedish student has been coming there a lot and he gave them a Swedish bill once. I also noticed that they had something called "hamburger balls" on the menu. These were pretty nice. Meat balls with cheese inside and lettuce on the outside. 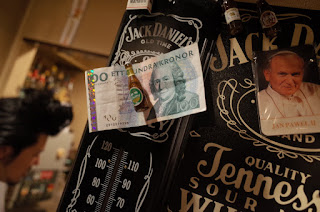