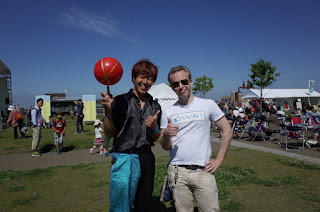 One of my friends told me that a female magician from Tokyo was going to do magic at the Water Works Festival during the weekend. She suggested we go there together, because she wanted to see one of her friends from Chiba who was going to be juggling at the event. In the end, my friend could not go, so I went there alone. 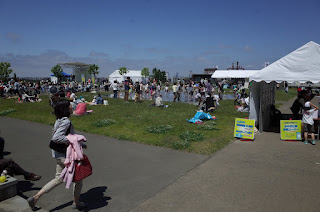 The Water Works Festival is held yearly, at the Water Works Museum. This is not that far from where I live, but it is up the side of a mountain. Since it was very hot on Saturday, I got there soaking wet from sweat after climbing my way up the mountain. Lots of kids had had the same experience, and were bathing in the water works fountains outside the museum. 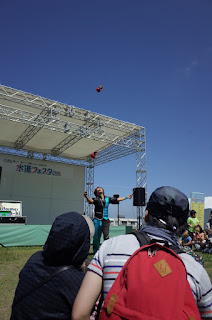 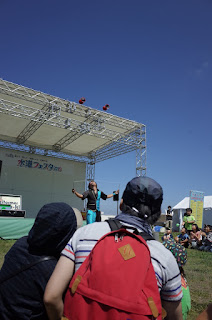 I first saw the juggler Yu-ki, who I have seen at the DaiDonDen street performance festival in Sapporo several times. He is very entertaining. He did some yo-yo stuff, balanced things on his head, and juggled. 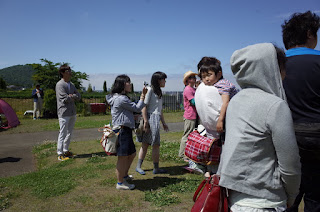 I ran into two girls from the university magic and juggling club. They did not recognize me at first, which is rare since I am one of the very few blond people living in Sapporo (and the only blond person at the festival). 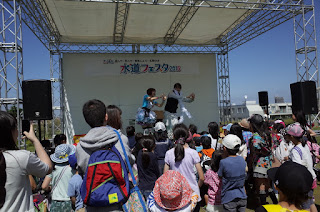 I got to see the magician Kanon do magic for mostly children. She was entertaining too. She was dressed in a very cute Alice in Wonderland costume, and produced silks and flowers out of nowhere. She did funny tricks like the macomical prediction and the hippity hop rabbits with only one rabbit. The kids loved it (I liked it too). 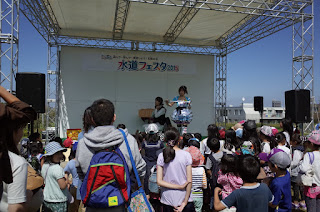 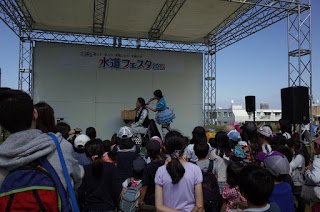 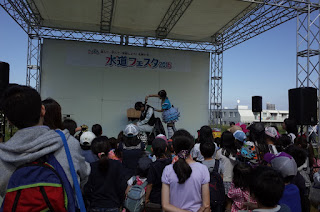 I also walked around and had some food. The deep fried lamb was sold out, but I got my hands on some kiwi ice cream instead. This was nice because it was extremely hot in the sun. I decided to stay around for an hour and then see the two main performers again. 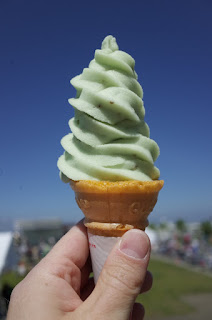 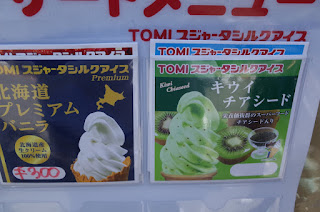 The second performance with Yu-ki was similar to the first, but he changed some parts. He balanced a spinning ball on his finger and then on a very tall pole that he in turn balanced on his face, for example. This was difficult in the strong wind, but he managed to pull it off. 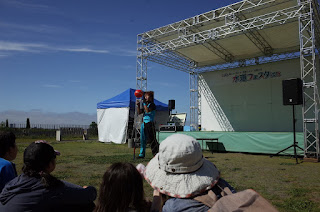 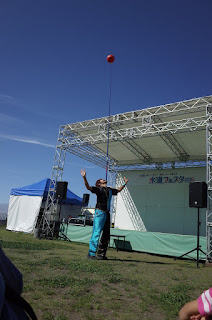 He also balanced on some unstable looking boxes and pipes and did some juggling while balancing there. That also looked very difficult. 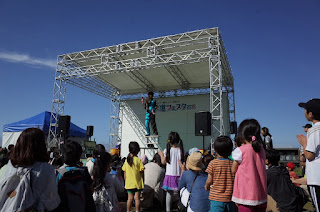 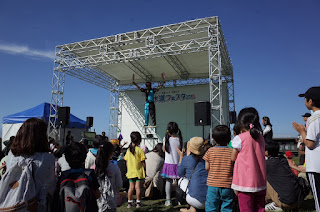 The second magic show had almost no overlap with the first magic show, so I was happy that I had stayed around. The second show was fun too. 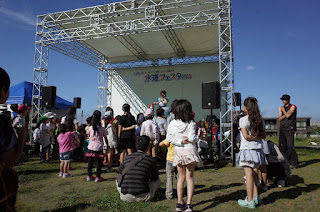 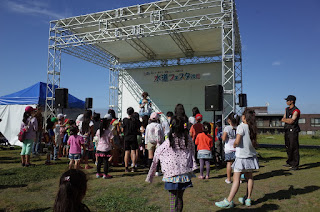 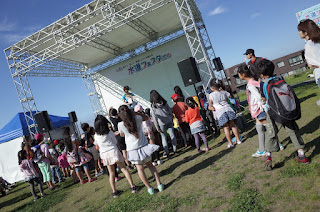 While watching the second set of shows, a girl I know suddenly appeared and said hello. Her husband is also an entertainer, and he was walking around the festival area entertaining people. She was there to say hello to him. We met by chance a week ago at the Hokkaido Shrine Festival too.

I waited around near the stage after the shows were finished. There were huge hordes of children that wanted the autographs of the performers. I just wanted to take a photo with the magician Kanon, but I waited until all the children had their autographs. By then the "Please leave the museum grounds"-song was playing in the speakers and the museum was closing. 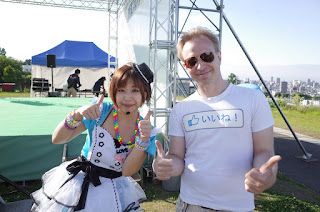 The children of course also noticed me, since there were no other blond people around. They talked a bit about me, and the girl I know who was waiting around for her husband told them that my name is Jonas and they could call me that instead of "foreigner". After that the children kept talking to me and everyone said "Bye bye Jonas" when they left etc. Kids are funny... 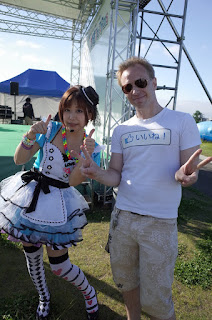