When I am in Osaka, I pretty much always visit a bar called "A Majide" ("What?! Really?"). It is a magic bar and the owner is friends with the owner of the magic bar in Sapporo where I perform. He is really funny.

When I got there, they were near the end of a big show for a small group of people, so I sat at the bar counter alone for awhile. It turned out that the magician Yamato who used to work in a magic bar in Tokyo I also often visit (Toto's Bar) is now working in A Majide. I did not know he had moved there, so it was a nice surprise to meet him again. After the other guests had left, we talked for a long time about new magic tricks we were practicing etc. He was impressed by a trick I did with a small iPhone stand, and the next day he went out to buy some toys that can do the same thing. 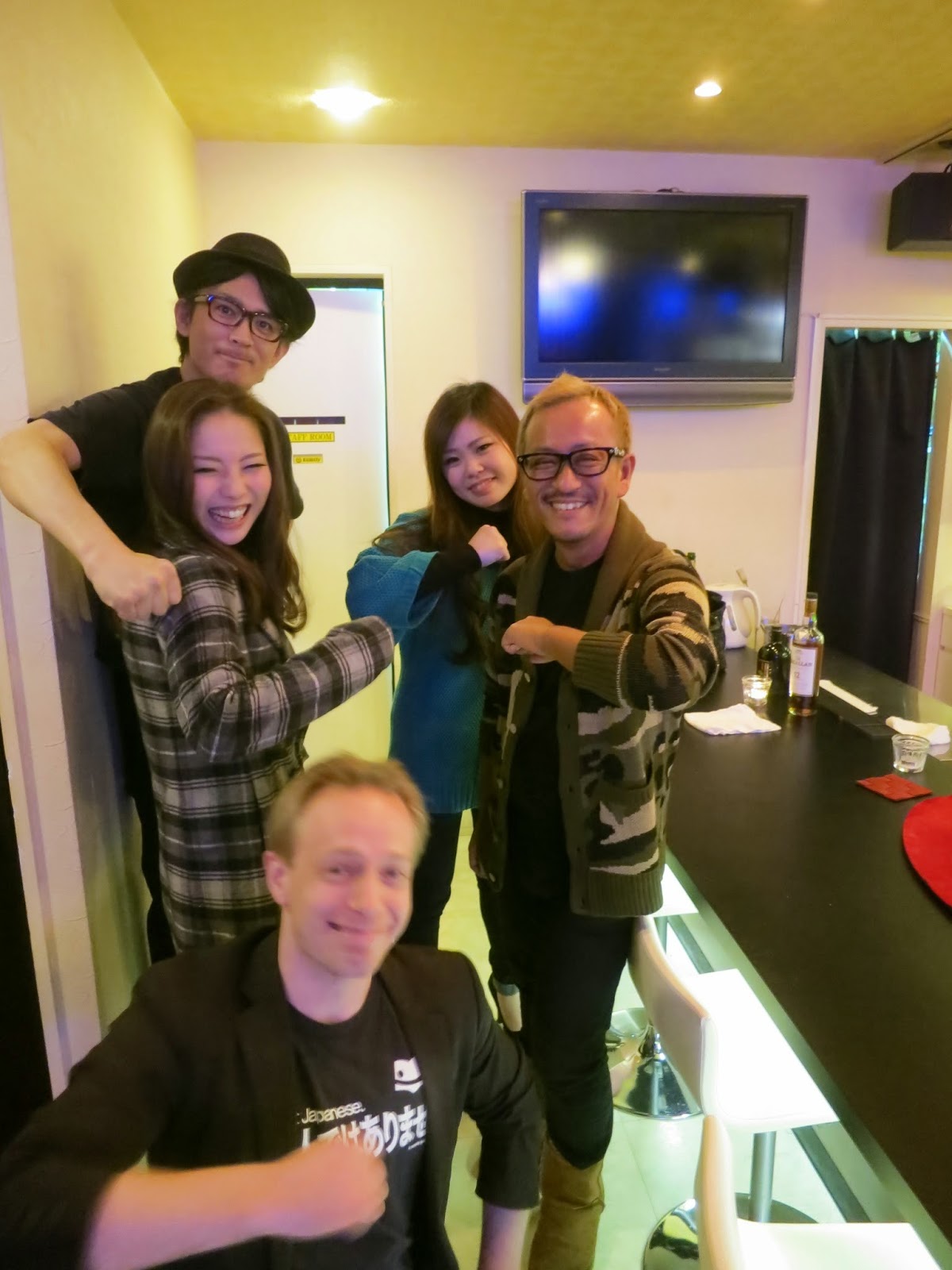