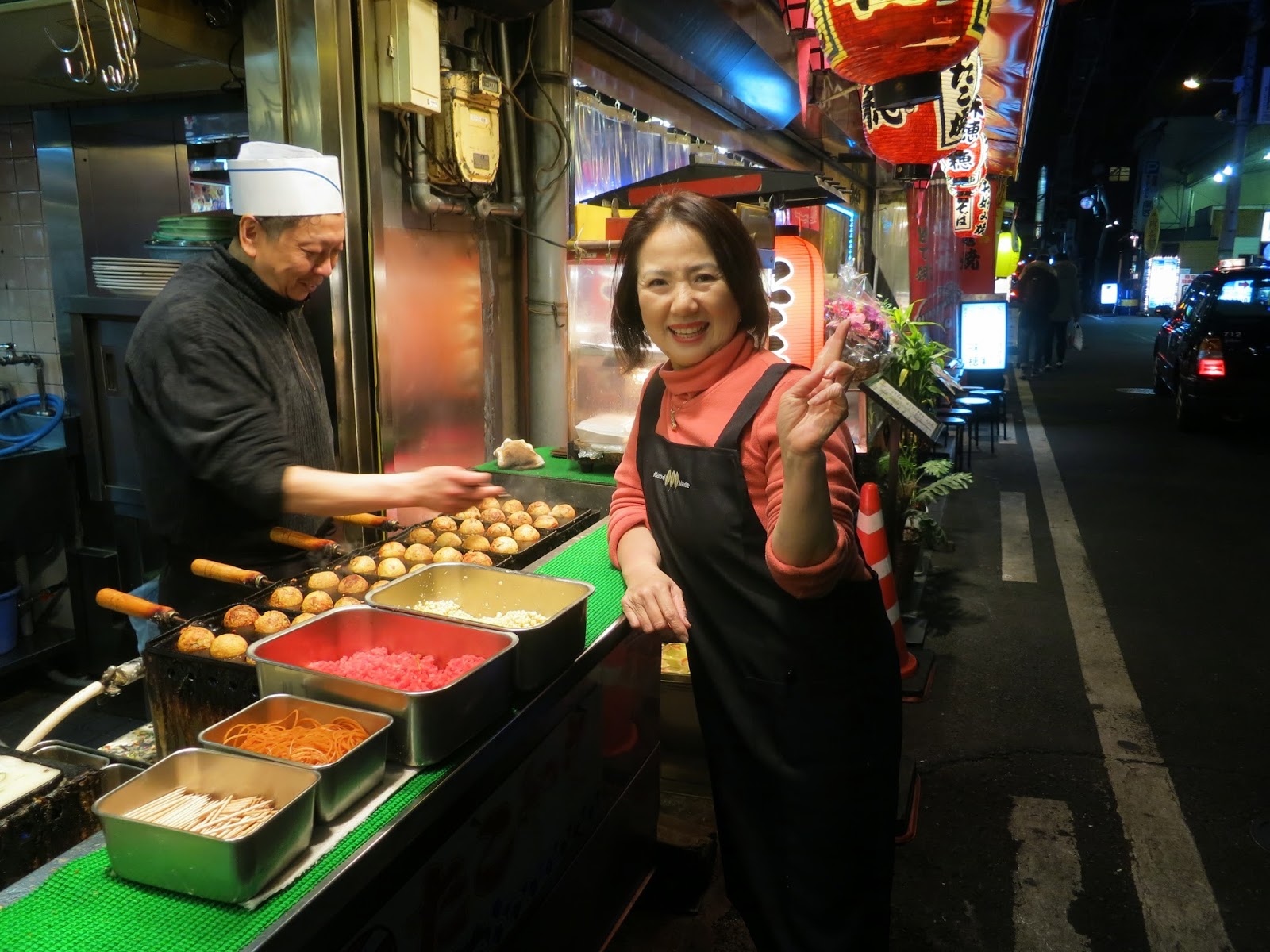 Osaka is famous for takoyaki (balls of pancake like stuff filled with octopus bits). I passed a place that is open all night and that I remembered having bought takoyaki from before, some years ago. The woman selling the stuff complemented me on my Japanese but said that they only sold packs of ten (fairly large) balls. I wanted fewer and said that I would pay the same price but could not eat more than five. She said that they did not sell fewer than 10 anyway, and she suggested I should just man up and eat more, haha. Or bring them home and eat them later. So I bought 10, which was way more than I needed, but they were good.
Posted by Jonas at 1:54 PM