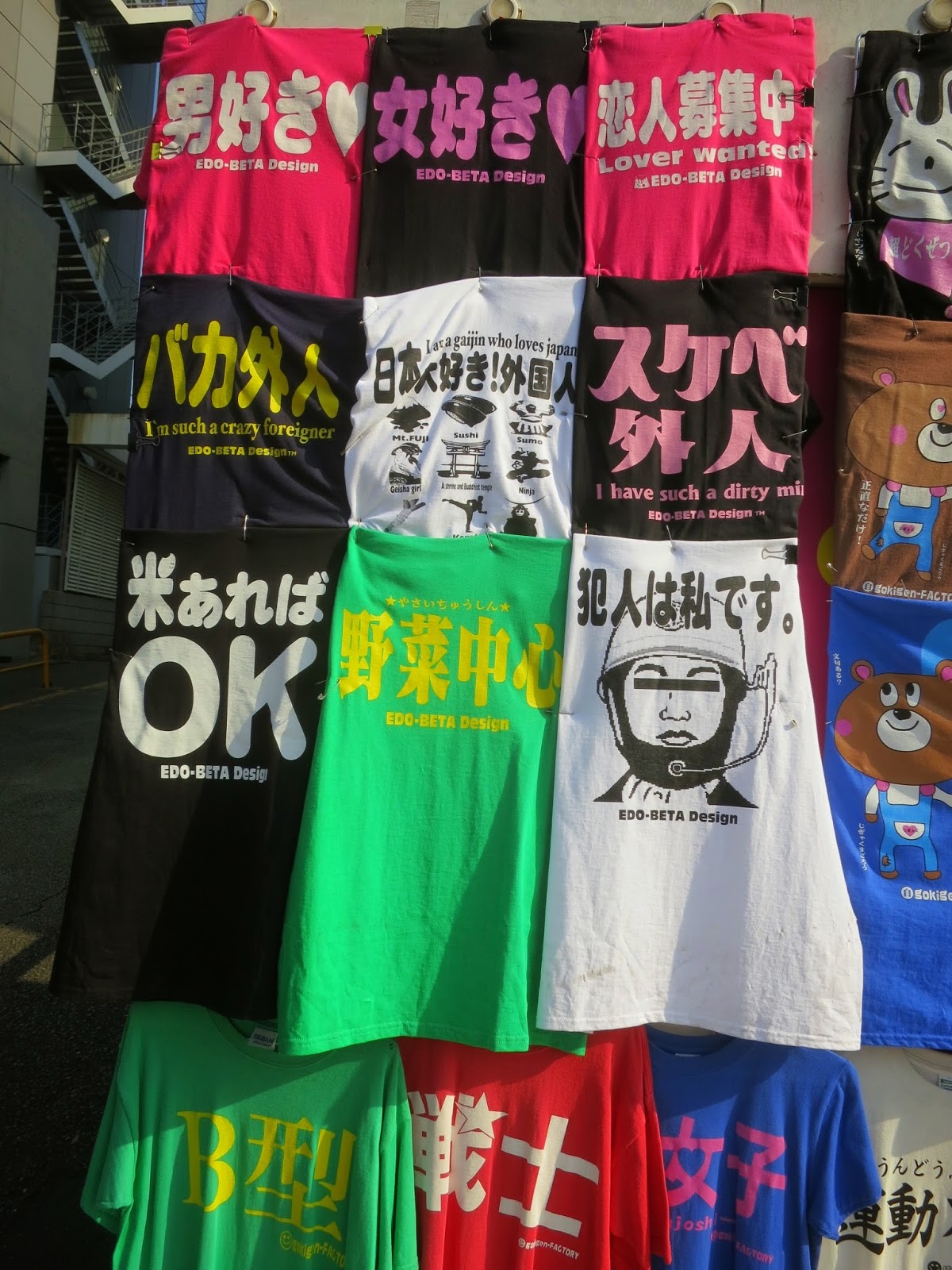 The work meeting was moved to an hour and a half later than when our secretary booked my plane tickets, so I ended up with some time to kill in Tokyo. I passed by a shop selling funny t-shirts. I was tempted by the to right shirt that says "Accepting applications for girlfriend/boyfriend" (or "Looking for a girlfriend"), and the on the left and second from the top that says "Stupid foreigner". The white one in the middle says "Foreigner that loves Japan" and has pictures of ninjas, sushi, and other stereotypically Japanese things, which is also nice. 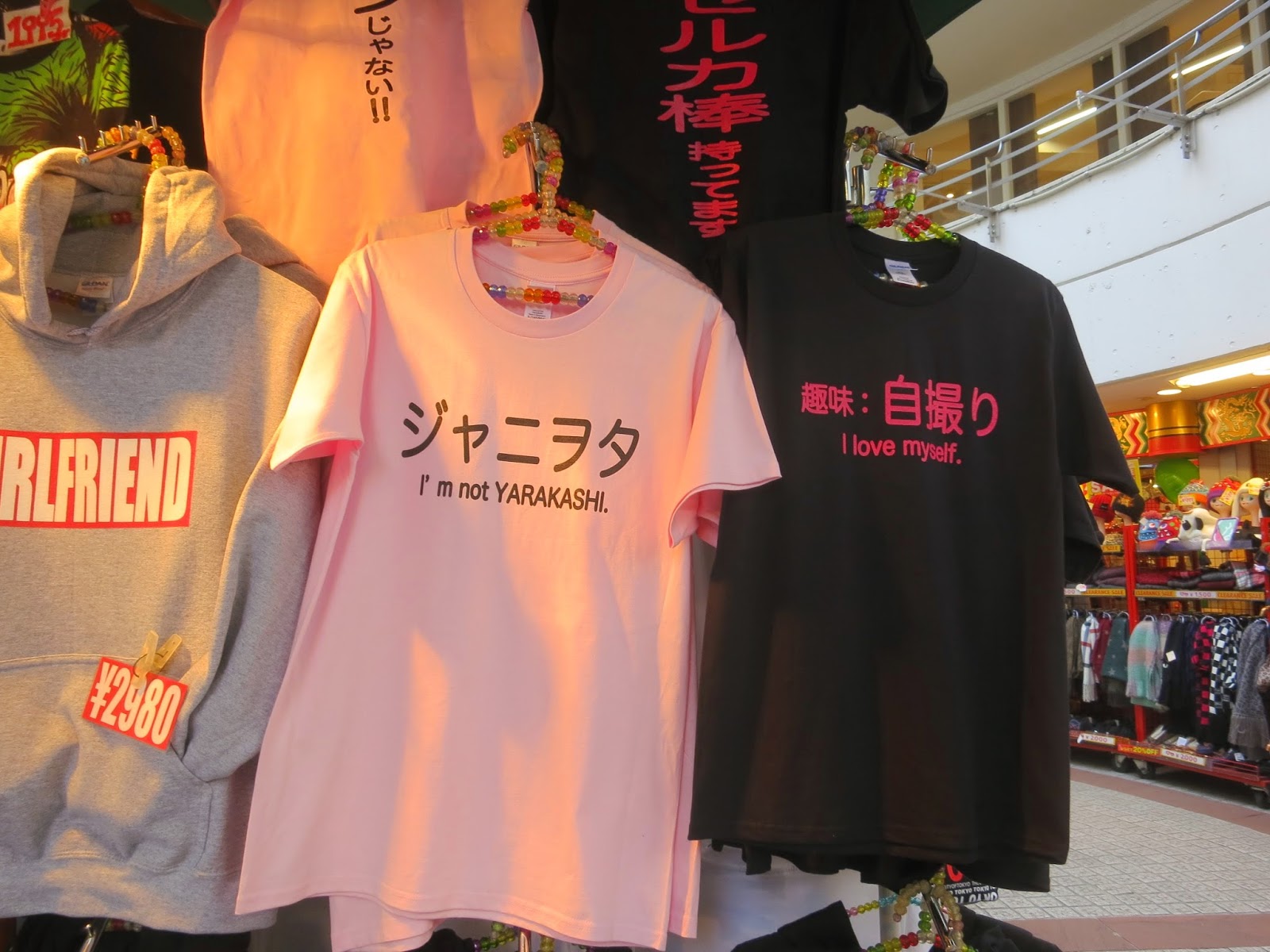 The black shirt here says: "My hobby is taking selfies" in Japanese. Which is kind of funny, but not really my hobby. 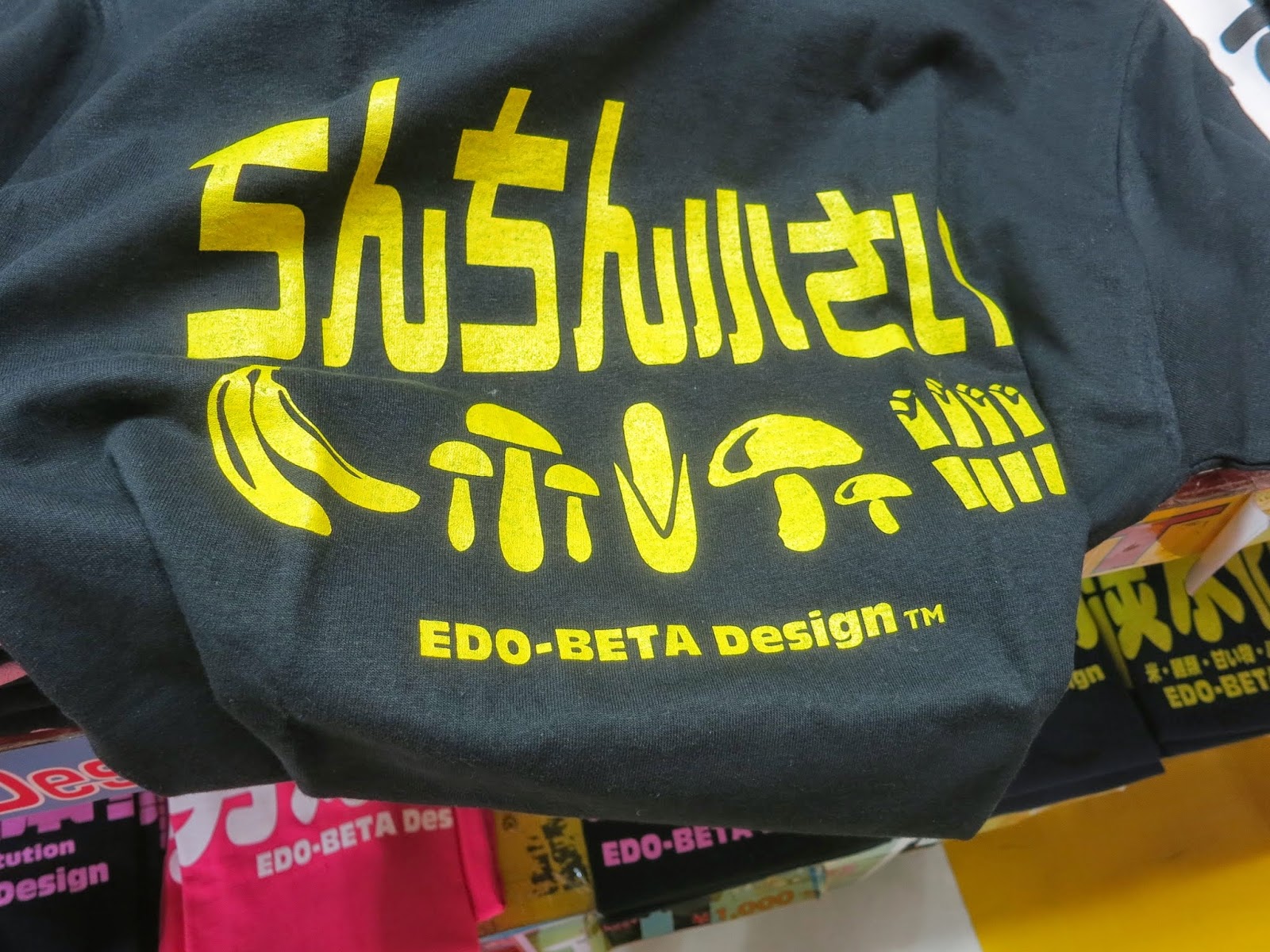 This shirt says "I have a small penis". I wonder who buys such a shirt?