Being asked to show your underwear to strangers again 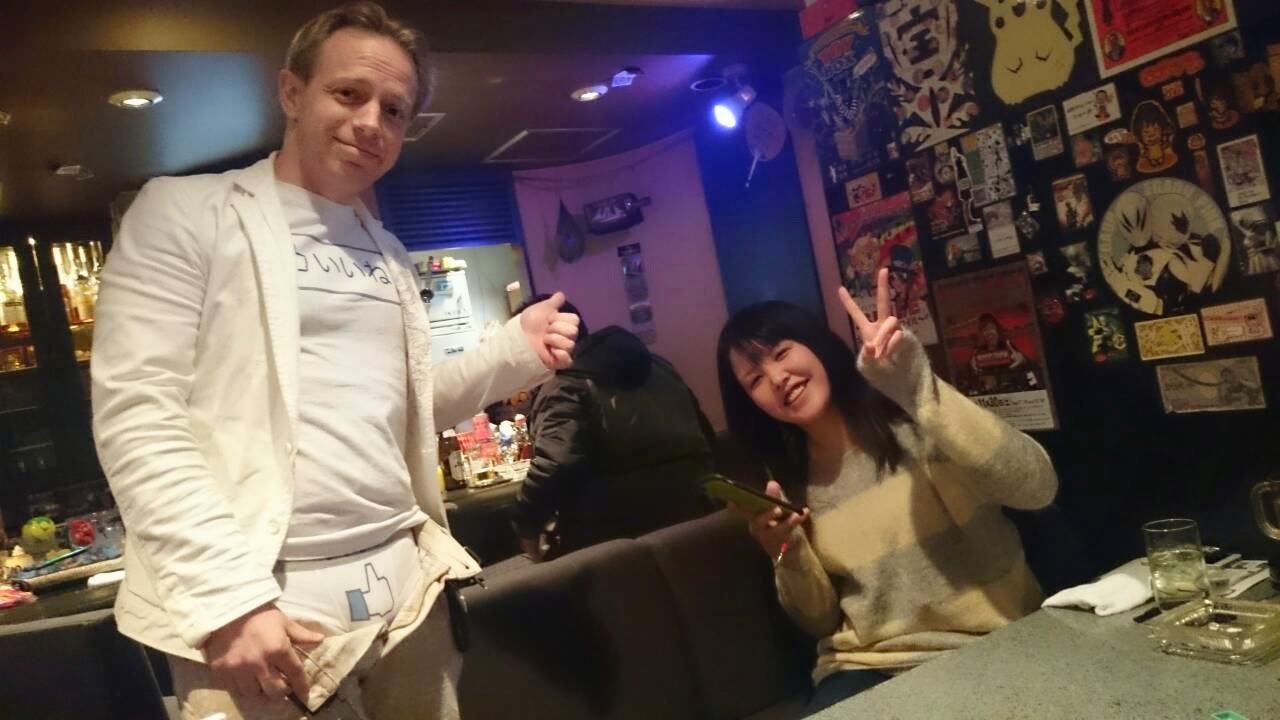 When I stopped by Ropossa recently, I was asked to do some magic tricks for a young couple who were also there. I was introduced as: "This is Jonas, he always wears strange underwear. And every time, your friend asks him to show her his underwear". So apparently we have a friend in common, and by the description I can guess who. This girl who I had never met before said that since our common friend was not here to have me show her my underwear, she would make the request instead.

So I had to show my new funny underwear. I had cleverly worn a Facebook "ii ne" t-shirt to go with my "ii yo" underwear, which everyone thought was funny. I was also photographed, and this photo was sent to several people I know, immediately... 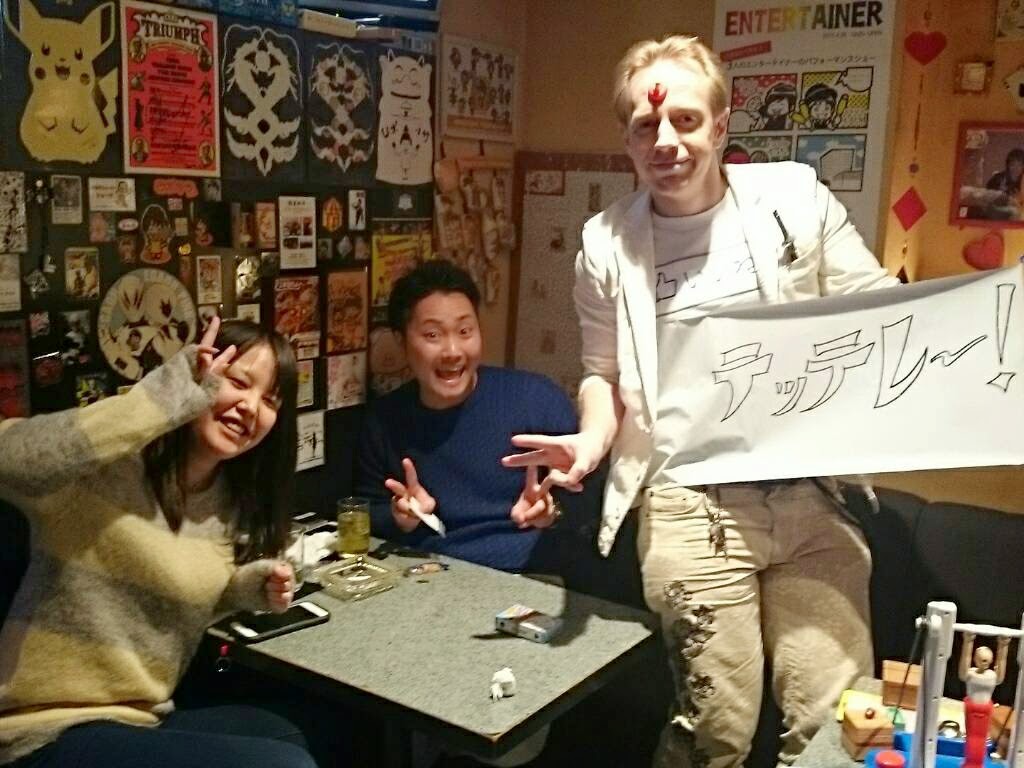 I did some magic, which was appreciated. A photo of me with a bunch of strange magic props was also taken, but this photo was only sent to me. 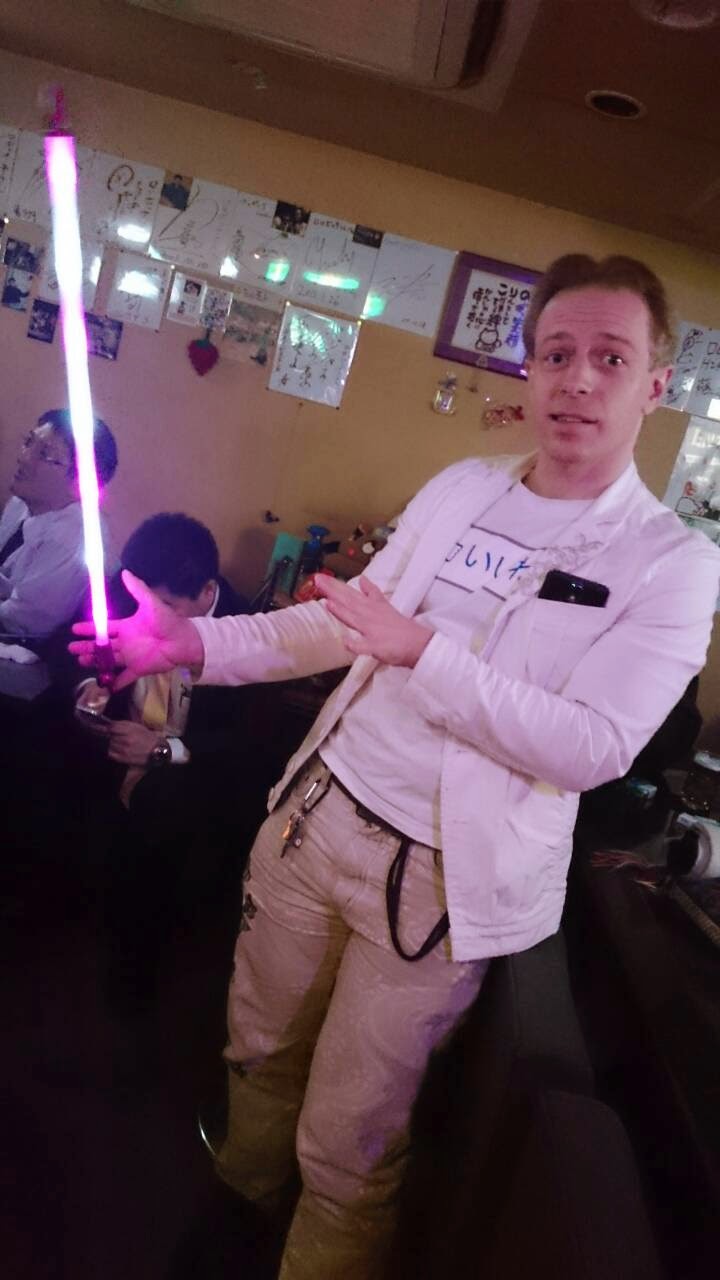 Someone had a glow in the dark dancing cane from Disney Land, and the asked me to do something with it. I have never practiced the dancing cane, but it turns out that the basics are not so hard to pick up.