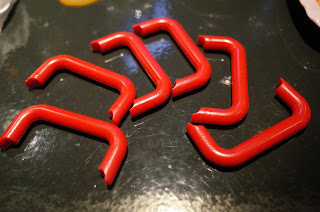 I was asked to assemble the six plastic parts above into a cube. It was not so difficult to figure out how this should be done, but it was very difficult to actually put them together like that. It would have been useful to have one more hand. 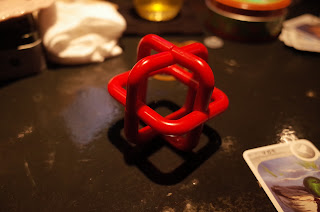 My Swedish friends and I were enjoying strange puzzles and some food but at around midnight our magic bar called me and said that someone I know was there and wanted to see me. So we left and went to the magic bar instead. There, I found a Polish guy I used to work with when I just arrived in Sapporo. We were in the same lab for two years or so, but now I am in a different lab and he lives in a different city, so we do not meet very often. He was on his way from Kitami to Buenos Aires, It was nice to have a chance to talk to him again.