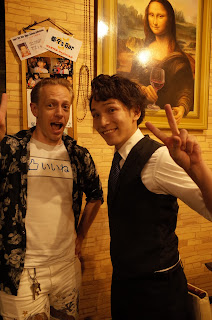 I had time to stop by Toto's bar (near my hotel) if I skipped sleeping before going back to Sapporo, so I did. There I saw some magic, of course, and also got to see one half of the Kikyo Brothers juggling team. He did some very impressive juggling despite the ceiling being very low. I talked to him afterwards and mentioned I had seen them perform in Sapporo, at the Daidonden street performance festival. He said he was going to perform this year too, so I will try to go and say hello to him in Sapporo too. 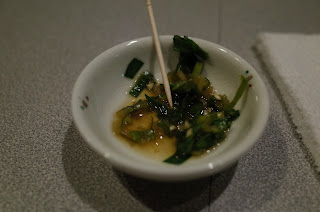 I was also served something that was an extremely spicy pepper fruit in miso sauce. It was very spicy indeed. Since I have grown used to spicy things after our crazy Russian roulette with spicy chicken in Sapporo, I finished my plate, which impressed the other guests in the bar. 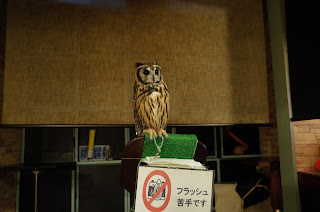