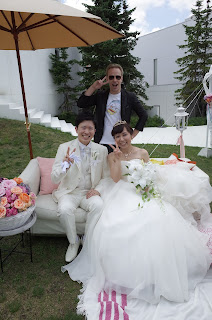 Yet another one of my friends got married. The wedding was, as most weddings I have been to in Japan, interesting and nice. I was asked to do a magic show in front of everyone, so I showed up a few minuets before the requested arrival time, in case anyone wanted to do some pre-show checks with me. 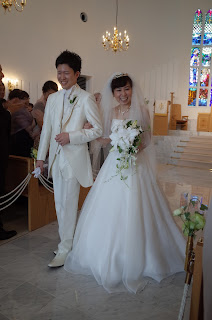 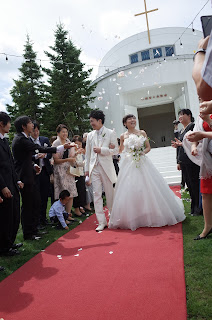 It turned out nobody wanted to do that, so I waited around in with other people that showed up early. Since I was going to magic, I wore clothes that made me stand out a lot. Also, I was the only foreigner, of course. Two people I know were also supposed to come to the wedding, but they showed up very late, so I was all alone with a lot of people all dressed the same that I had never seen before, haha.


The wedding started with a Western style church ceremony in something that was probably not a church. Both the bride and the groom have dogs, so at the ring exchange, the rings were brought in by their two dogs. The dogs also became the witnesses signing the paper stating the two have married. They signed by having the kind of ink used for stamps (used for signing in Japan) smeared over their paws and then leaving paw prints at the signature line. This was the first time I saw this done by dogs, haha. 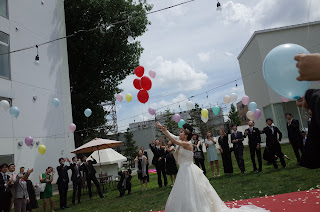 There were lots of interesting things going on later too. We had a balloon release, flower throwing thing, and food. Lots of food. There were also games for the children to play.

After eating and drinking a bit outside, there was a small reception with more drinking and eating inside. At this time I was asked to come and take a look at the room where I would be doing my magic show to check if everything looked fine and discuss details as for instance when I was actually supposed to do my show. Everything was fine, and it was nice to be told when I was supposed to start. 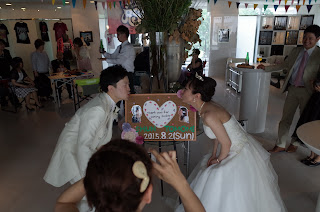 At the reception, you could stamp your fingerprint on a drawn tree, to make a personalized colorful tree for the bride and groom to keep as a memory of who was there. 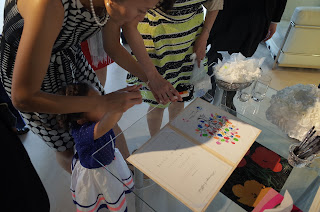 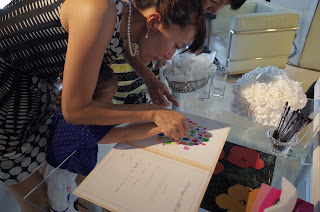 The main part of any wedding in Japan is centered on food, like almost everything in Japan (and still people are so skinny...). We relocated to a big dining hall and had a nice long lunch. There were speeches there too, and I did my magic show there. 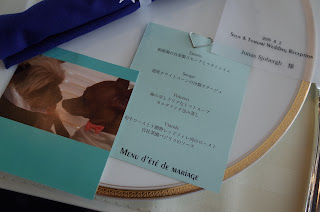 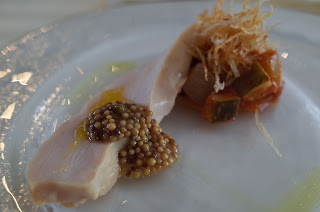 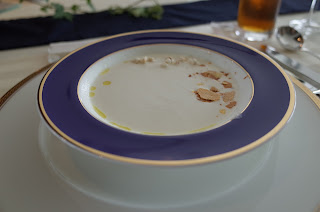 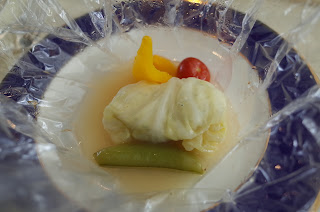 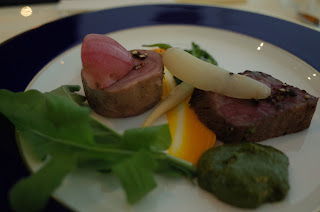 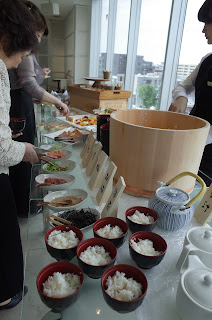 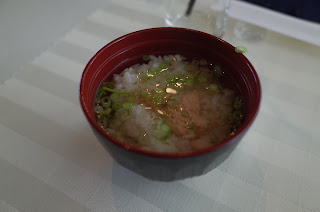 
The girl sitting next to me (a junior high friend of the bride) asked me if I wanted her to take photos of me during my magic show, so I showed here how to use my camera. She was a very enthusiastic cameraman and came along with me to my performing area. The strong backlight made it difficult for her to get good photos though.

I did 15 minutes or so of magic while the bride was away changing into another dress. People seemed to enjoy the show, and she told me later that she could hear people reacting over in her changing room that was far away in some other part of the building.


At Japanese weddings, it is common for friends of the bride or groom to perform various things. Someone who knows how to play the violin might play a song that the bride and groom likes, for instance. Since most people in Japan are not professional performers, these performances are often good (someone who is not very good at playing the violin will not be asked to do so) but not that professional. Since I perform at quite a few weddings, I apparently looked very professional (no nervously shaking hands, for instance).


The bride told me later that when she went back the day after the wedding to collect some things they had not been able to lug home the first day, the wedding staff talked about my magic. The guy organizing everything had even told people over the internal radio system they use that anyone not busy preparing food or whatnot should take the opportunity to come to the dining are and watch, since someone out of the ordinary was here today, haha. But I guess they are used to not so great performances and are easily impressed. Still, nice to hear that they too thought the show was good.


Photos of people at the wedding

When the wedding was drawing to a close they showed a slideshow with photos from the wedding, taken by the photographer working there. I was in a few photos. 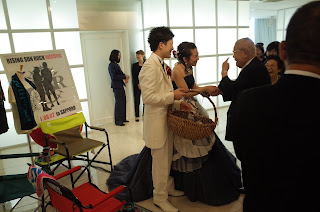 In Japan you give cash to the bride and groom when you attend a wedding, and they give you presents. 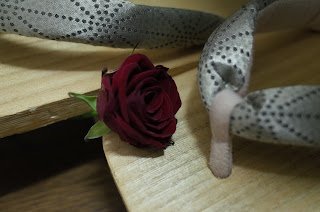