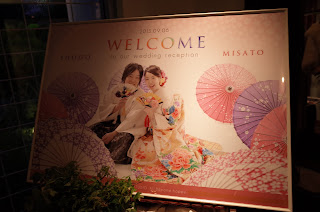 I was invited to another summer wedding, this time one of my magician friends. I also knew the bride from her coming to our magic bar quite often before they started dating. 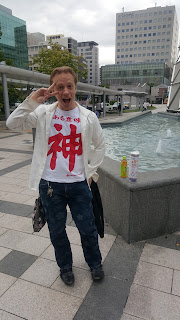 The wedding was held up in the mountains on the outskirts of the city, so there was a free bus service provided. While waiting around for the bus, I ran into some other people that looked suspiciously like they were also going to the same wedding. They thought my t-shirt was weird for going to a wedding. It says 「ある意味神」 which translates roughly as "In some sense, a God". Since I planned to button my shirt and put on a jacket when we arrived at the wedding, I figured any t-shirt would be fine, but they still took photos of me and put them on Facebook. 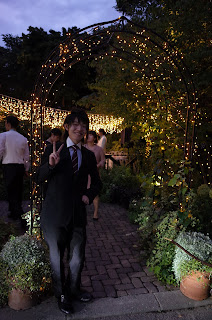 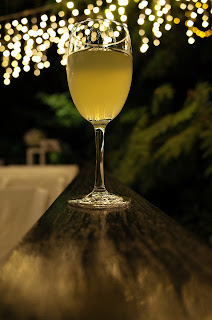 At the wedding I met lots of people I had not seen in a long time, which was fun. There was lots of really good food too. 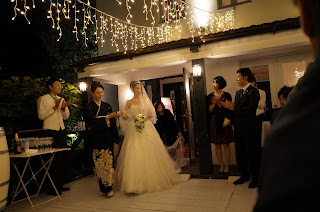 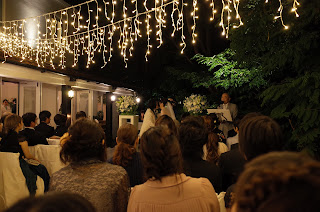 When it was time for the main dinner, I went looking for my assigned seat. I first looked around where everyone else from our magic bar was sitting, but my name was not there. Not at the table for staff from the bar nor from customers of the bar. Since I know the bride too, I checked at the table for friends of the bride and the table for friends of the groom too, but no luck. Finally I found my name on the table for "Family of the groom"... So I ended up sitting with the father, mother, uncle, and brother of the groom. I had met the mother once in an elevator, but the rest of them were new to me. They looked at me with some suspicion (them being fairly sure I am not one of their relatives), but I pointed to the card on the table with my name. My friends keep springing weird surprises on me at their weddings... 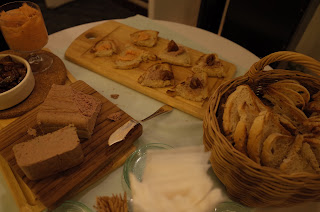 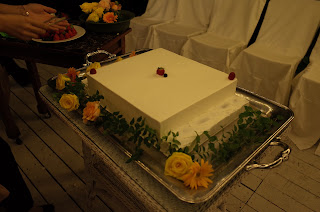 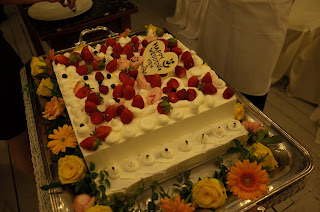 At Japanese weddings, some people send video messages if they cannot attend. This time there was a message from a guy who came to our magic bar quite a lot when he lived in Sapporo. He had also managed to get the famous (on TV in Japan) magician Akira Fujii to participate in the message, which was pretty surprising. 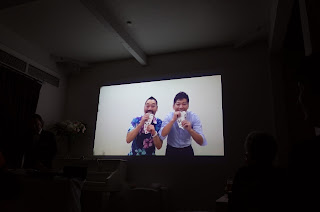 Cake cutting and giving your significant other a piece of cake is always important at Japanese weddings. This time they also got to "feed" one friend of their choice. 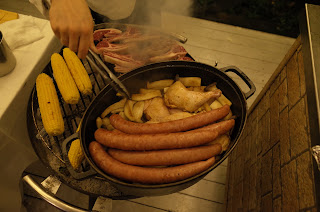 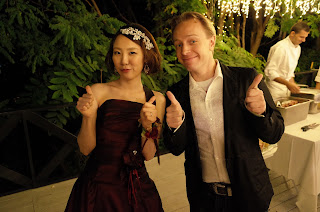 After the first big dinner was over, everyone relocated to our magic bar and there were a few more hours of partying. I ended up mainly working; making drinks, washing the dishes, doing magic, etc. It was still pretty nice, since the old team that I used to work with were all there and we worked together again/ 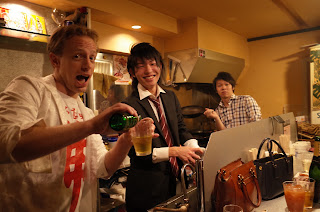 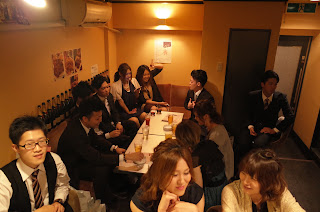 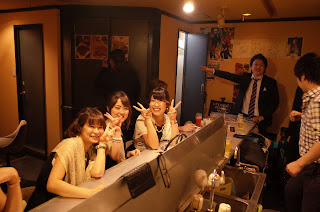 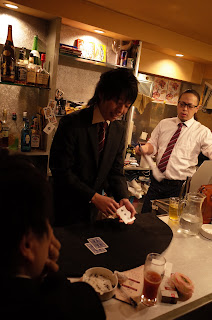 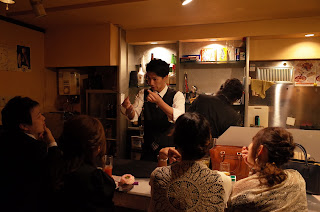