The last night of September, I was shown something called "egg kendama". A kendama is an old Japanese toy. It has a ball that you are supposed to land on different parts of a wooden handle. The egg shaped kendamas similarly had marbles and you were supposed to shake the thing to get the marble to stay on top of a small pedestal. When it was placed there, the egg would balance upright, when it was not there the egg would fall over. 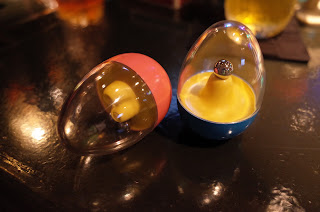 This turned out to be very difficult. I finally managed to get the egg with only one marble balanced, but the one with two was too difficult for me to finish before they closed the bar. For some reason they gave me a piece of cloth made out of some material that was "extra good to wipe smart phone screens" with. 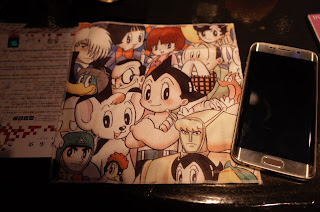 I came back a few days later to try to clear the two marble challenge too. I did manage to do it that day. And then they wanted to take a photo with both eggs balanced together, so I had to redo the first one too. 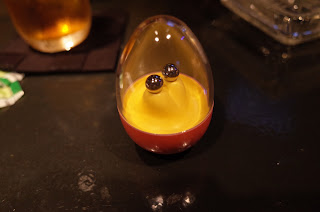 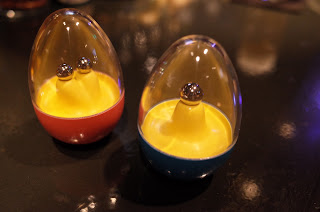 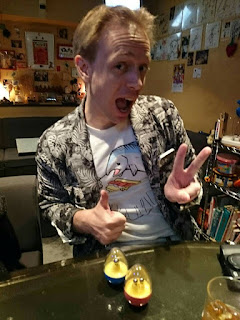