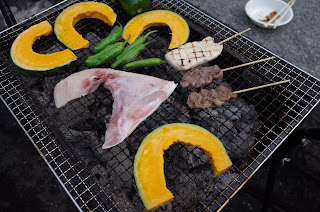 Back in September I was invited to a summer barbecue by the river. One of my magician colleagues organizes a barbecue with his old friends from school every year. I was invited last year too, and it is quite nice. 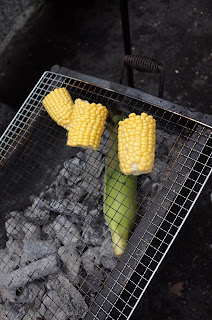 This year I had received some corn the day before when I volunteered at a hospital, so I brought that along and we grilled that too. It was great. Other than that, there was lots of meat and vegetables and some fish. 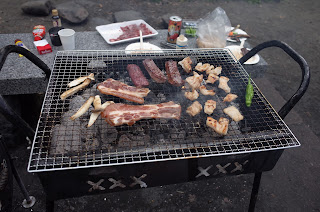 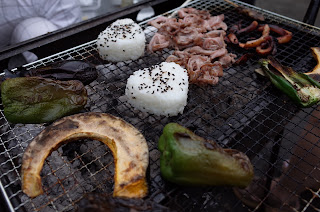 People also tried to make cheese filled meat patties and some to make hamburgers. That went so-so, since the equipment available was not really appropriate... 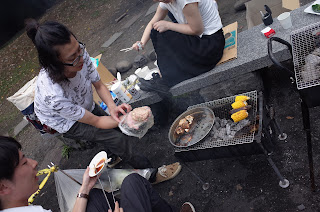 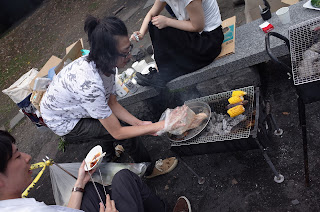 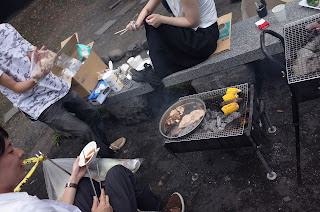 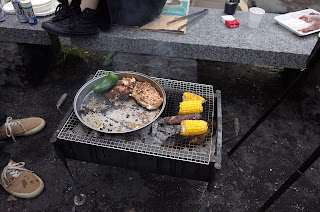 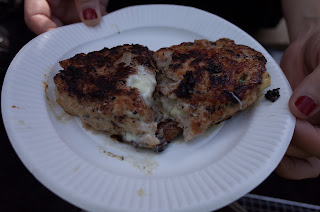 My corn was treated in different ways. One was wrapped in some foil and shoved into the coal and one was put on the barbecue like the other vegetables. Both ways gave good results, though parts were burnt beyond the point of edible. 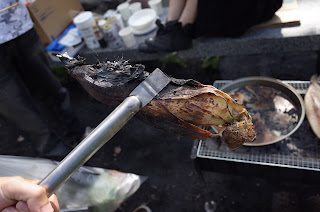 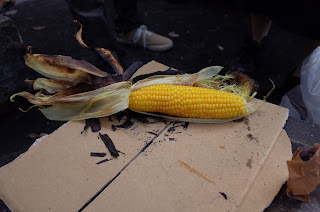 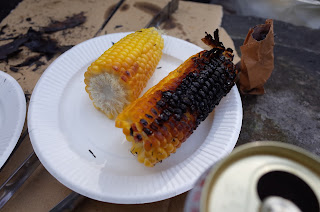 My friend had brought his dog, which spent large amounts of time chasing all the crows that gathered and tried to steal food from the grill. 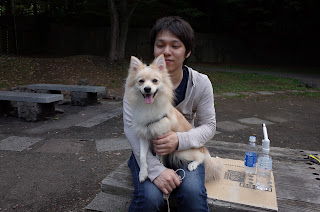 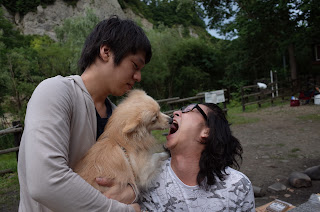 The place these barbecues are held at is pretty nice. There is a river nearby, and it is pretty quiet. 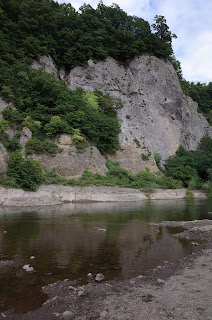 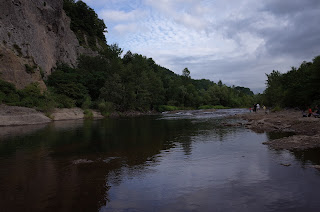 Some of the participants decided to try some "who can jump from this rock to that rock without falling into the river" challenges. That, predictably, did not end that well. 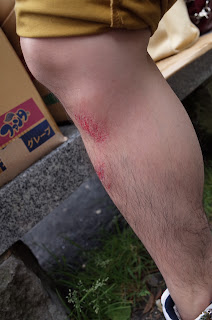 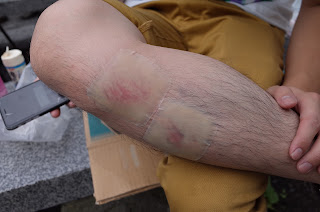 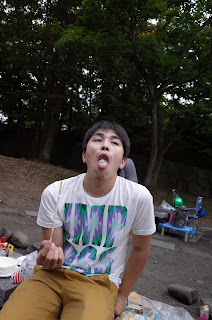 In Japan you also traditionally bring a watermelon and hit that with a stick while blindfolded. Last year they split the watermelon by hitting it karate style, and this year a different guy had to do that. It went surprisingly well, but of course after hitting it with his hand and splitting the melon, parts of the melon rolled away in the dirt and became less appetizing. This was solved to some extend by washing it in water. The edible parts were very good. 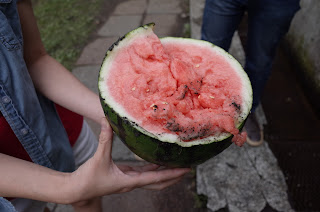 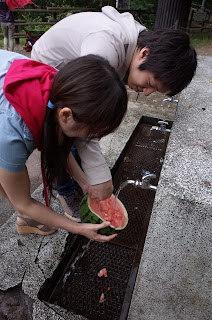 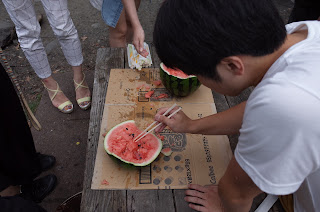 After the barbecue, everyone except me were very tired and immediately fell asleep in the car. 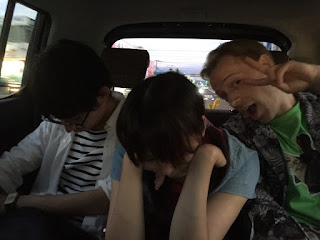