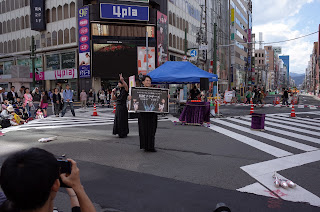 I try to go see the street performances at the DaiDonDen street performance festival in Sapporo every year. For two days they close off the main street between Odori Koen park and Susukino (our nightlife district) and only let in pedestrians. There lots of different performers, many from Sapporo but also many from far away, entertain you with juggling, comedy, dancing, acrobatics, and more. 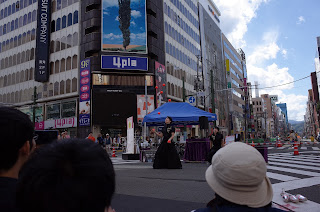 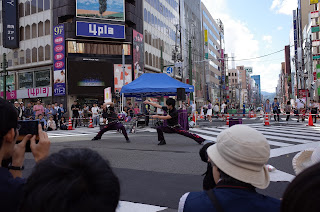 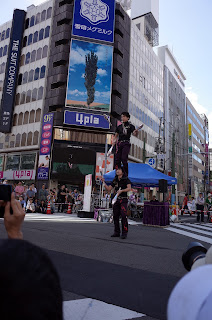 I liked the Kikyo Brothers, two brothers juggling together. They were very entertaining, and extremely skilled. They juggled eleven clubs without dropping them, for example. One of them I had met once before, in Tokyo. He said he remembered me 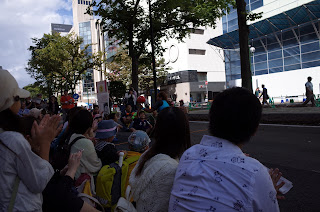 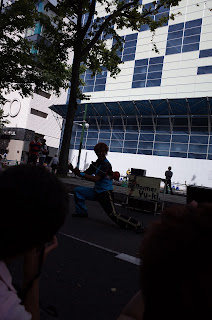 The juggler Yu-ki is always fun to watch, and I run into him several times per year. He did some dice stacking, some balancing tricks, some yo-yo stuff and his main diabolo act. 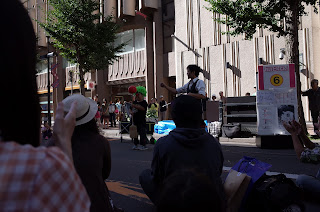 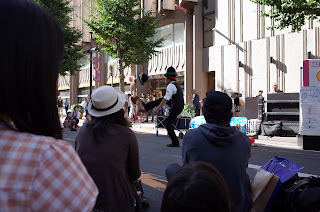 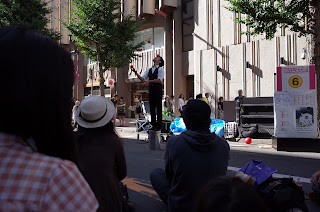 The juggler Calm was only performing once during the whole event. I know him a little, so I went to see his act which is quite different from most juggling acts. He uses some strange props in his juggling. 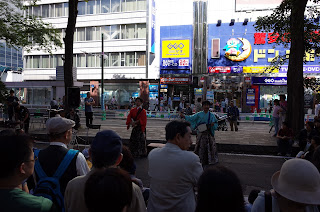 I like the Seshami Street Boys, two guys who play shamisen. I have bought CDs with them performing. 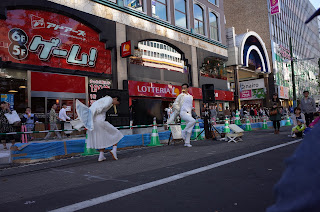 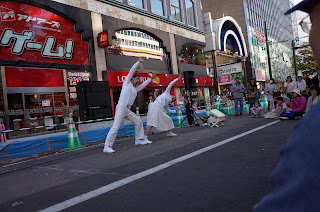 Every year I go and see the pantomime duo S'Il Vous Plait. They have a surreal humor that I like very much. 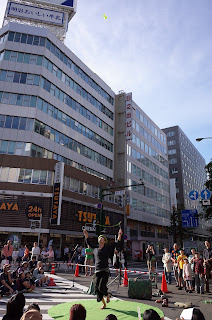 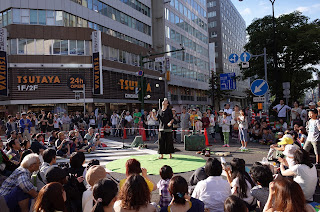 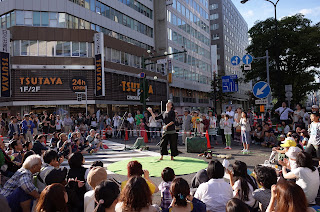 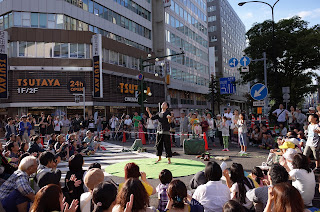 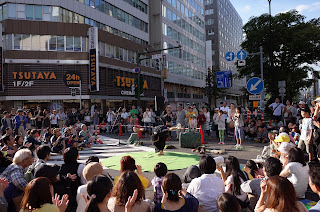 The juggler Morita is extremely good. Many jugglers I have seen close their act by juggling five balls, which is pretty difficult. Morita starts with five balls as his warming up and he juggles five balls while standing on one leg on a wobbly suit case balancing one ball on one of his feet and one ball on his head. Then he adds one ball from his foot to juggle five balls while balancing one on his head. And then he juggles seven balls, does ballet spins and catches them with his neck. That seems very difficult... He is also very funny, and he does some very difficult stuff with a diabolo, does some contact juggling, and much much more. 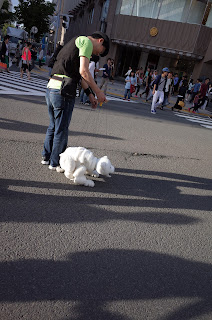 There were also puppeteers with some cute puppets.
Posted by Jonas at 12:19 PM