The second day of the DaiDonDen street performance festival I was also supposed to go to the wedding of one of my friends, so I did not really have time to see much of the festival. Since another friend was actually performing at the festival, I went to see her performance, though. 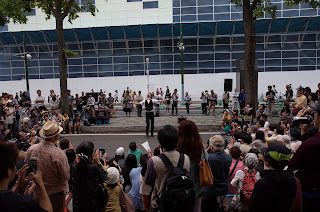 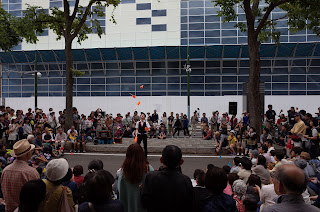 I also saw the juggler Kohei, who is (or at least used to be) a student at my university. He is good. 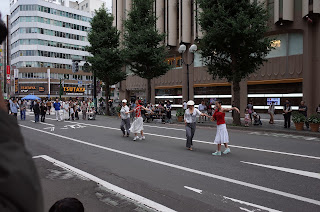 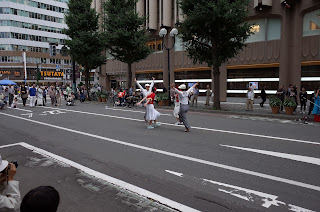 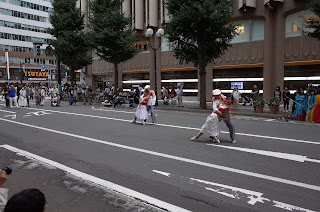 One of my friends was performing in a salsa dance group. After they finished, there was also some belly dancing in the same performance slot. 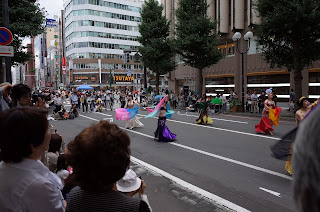 I also managed to catch the end of another performance by Morita the juggler before I had to go the wedding. 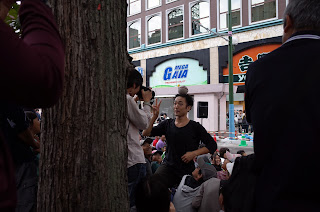 When I was watching the juggling, I spotted a man from Tokyo that I know a little. He remembered me from doing lots of magic tricks for him that he had no idea how they were done. Despite him watching a lot of magic in many different places all over Japan, and mostly understanding how magic is done. So he decided to give me a huge paper tube with an enormous spring inside of it (so when you open it, a fake snake that is really big shoots out). I appreciate the gift, but the timing was not that great, since I ended up walking around with this in my hand the whole night at the wedding and various after parties. 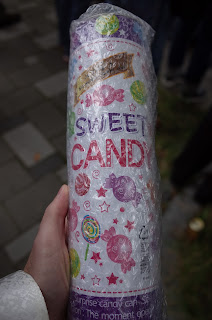