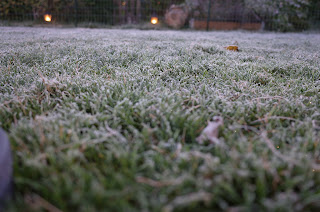 I arrived in Sweden in early October. It was already cold enough for there to be frost on the ground. In Japan, you could still walk around in just a t-shirt. 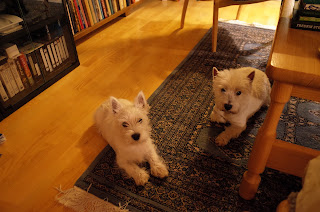 My parents seemed fairly happy to see me, but they recently bought a dog. He was even happier to see me. My brother also stopped by, and had his dog with him. I became friends with his dog the last time I was in Sweden, since people figured that I probably had nothing better to do than babysit the dog while everyone else had to work or hang out with their friends or whatnot. He was also very happy to see me. I was told that my parents' new dog was actually related to my brother's dog. A younger half sister of my brother's dog is the mother of my parents' dog. 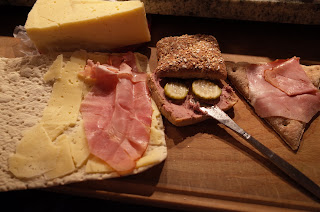 I always end up eating way too much when I am in Sweden. One thing I like is the bread. The first thing that happened after reaching my parents' place was that they served me lots of bread. 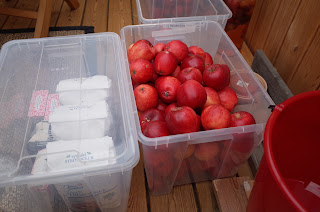 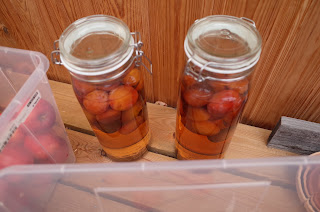 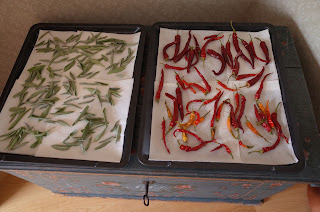 My parents grow all kinds of things nowadays. They have an apple tree, a plum tree, a cherry tree, and much more. They had endless boxes of apples, and they were making plum wine in what used to be my hobby room. They also grow strong peppers, and had some peppers out to dry. 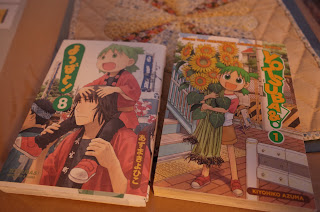 I found some Japanese mangas, one in Japanese and one in Swedish, from the very funny series "Yotsuba to".