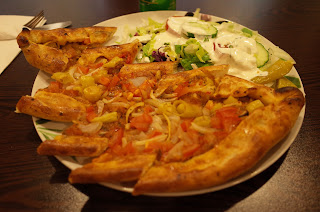 On the last day in Germany, my boss went with the other bosses to dinner at some expensive place and I found myself alone. I walked to the closest village and found a place serving Turkish food. The food was good. There was a very drunk German soccer supporter sitting nearby who kept talking very loudly to me in German despite me trying to explain that I do not actually speak German. I think there had been a soccer game nearby with some famous team and that he had been to see that game, but what he actually was asking me I never understood. 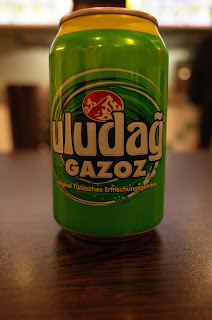