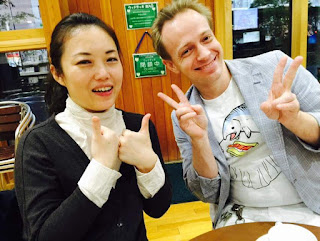 When I first came to Sapporo, I lived in a student dorm for six months. When I came to Sapporo the second time, I still had some friends in that dorm, though I lived in a different part of the city then. I sometimes visited my friends, and also became friends with some of their friends. One of my new friends there was a girl from Taiwan, who after graduating from my university here in Sapporo moved back to Taiwan. She invited me to her wedding in Taiwan, and we even did a magical illusion together at her wedding.

She visited Sapporo in October and we met up one afternoon. She had her very young daughter with her too. It was nice to catch up on old times. 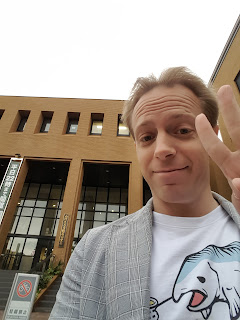 While waiting around outside the library where we planned to meet, I also ran into our lab's previous secretary. She is very funny. We were pretty good friends, but for some reason she thinks I am an evil person or at least some form of criminal. She still believes that, it seems... I asked her why she believes me to be evil a few times, but I am still not entirely sure. It seems to be the fact that I live on the outskirts of the entertainment district, and that I "dress like a criminal". She also for some reason believes I drink lots of alcohol every night, and obviously only bad people would do that, which is a bit surprising since I do not actually drink alcohol. 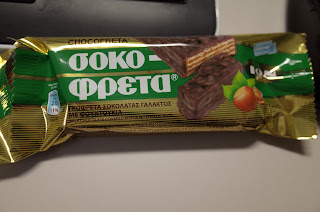 My friend from Greece had also been away from Sapporo, but only for two weeks. He had brought back some very nice chocolate from Greece.