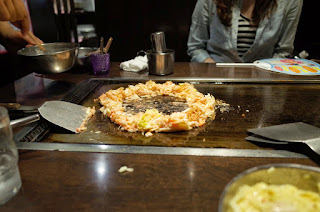 I recently had monjayaki (Japanese food, see the photos). This is a bit difficult to make properly. The first time I tried it, my Japanese friend made it but made the wall too loose so all the liquid stuff leaked out and ran off the table... 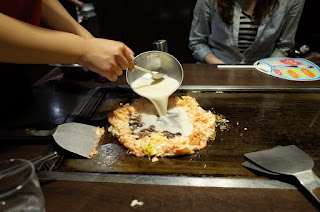 This time we had the staff make it for us. This resulted in good monjayaki, but the girl making it also managed to splash me with this, so I got some monja colored spots on my previously white t-shirt, and some fairly hot things landing on my leg. She apologized, of course, and I said I was fine. The t-shirt became pretty white again using my glass of water and the small towel you get in Japanese restaurants. 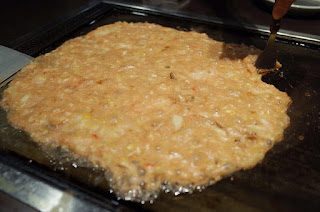 Most places that serve monjayaki also serve okonomiyaki. I prefer trying to make the okonomiyaki myself (it is not difficult), so I did. It turned out fine (it usually does). 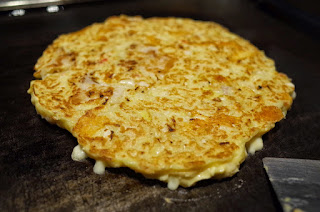 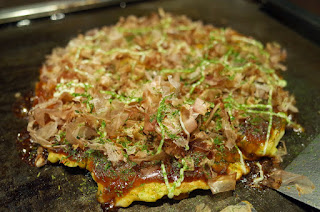 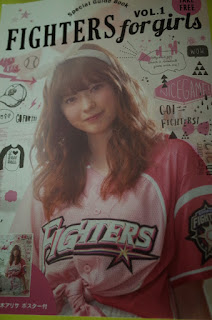 Today we found a bunch of folders titled "Fighters for girls" outside the computer science department administrative office. It turns out to be information on buying pink clothes, pompoms and sweets to support the local baseball team. Which apparently is called Fighters. Much less heroic or interesting that then title first seemed to suggest.
Posted by Jonas at 5:31 PM 2 comments:

French fries on top of rice 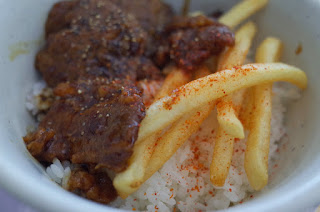 This week our cafeteria had a three day only special offer where they served French fries on rice, with small amounts of beef. They had a huge advertising campaign for this for many weeks leading up to these three days. In Japan, potatoes are considered vegetables, so if you order meat and potatoes, they will then often ask you "do you want rice or bread with that?" 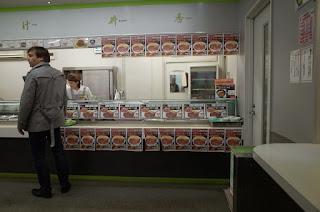 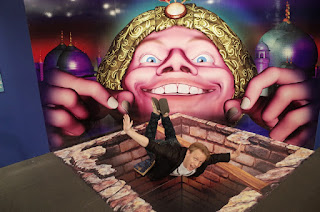 Yesterday I went to another trick art exhibition.  This one had computer printouts instead of paintings, which made the 3D effect better than at the previous exhibition. It was smaller (fewer things to look at) and the art was more difficult to take good photos with. It was a lot of fun. 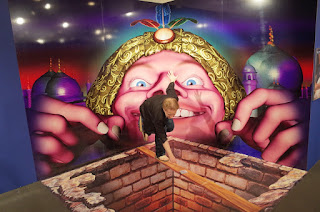 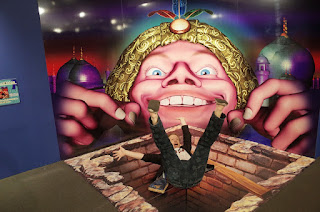 I tried to come up with funny poses for the interactive paintings and today I have sore muscles in all kinds of places. Trick art is both fun and great exercise. Highly recommended. There were a few exhibits that were only funny if there was more than one of you. I had a friend with me, but she was very much against being put on this blog, so those photos are not here. They were pretty good, though, haha.

I made a short movie clip showing some of the photos and some paintings that were hard to take good photos of but that look great in movies. 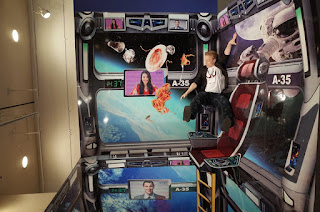 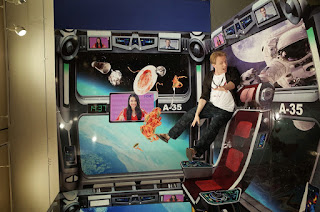 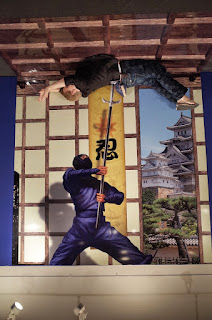 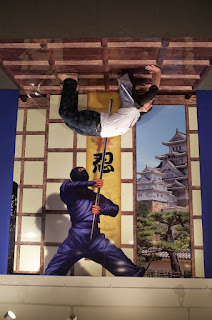 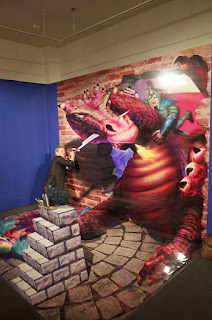 Coaster that also work on your face 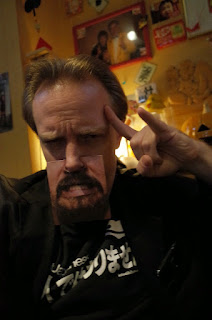 I had dinner in a bar where some of my friends work, and they had a set of new coasters. The coasters have a hole for your nose, so you can hang them on your face. I tried a few different ones, but no matter which one I put one, everyone just said: "No big change"... 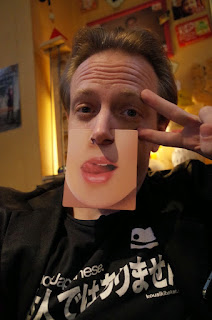 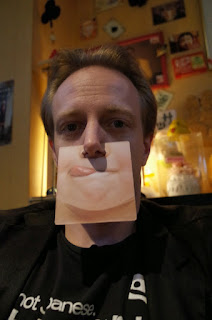 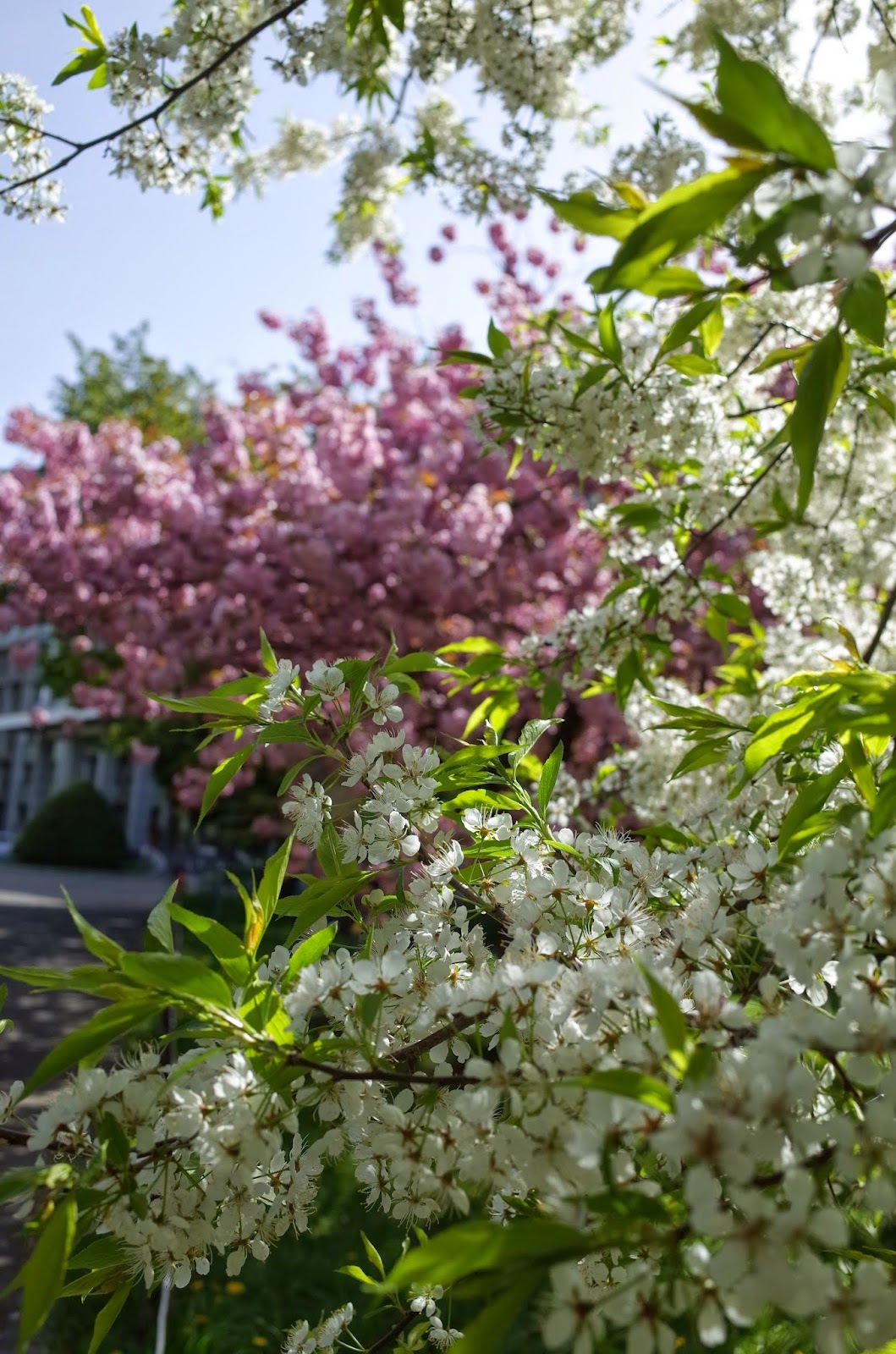 Today I went looking for a post box with one of my colleagues. We had quite some trouble trying to find one (our university campus is huge), but we saw some nice flowers. 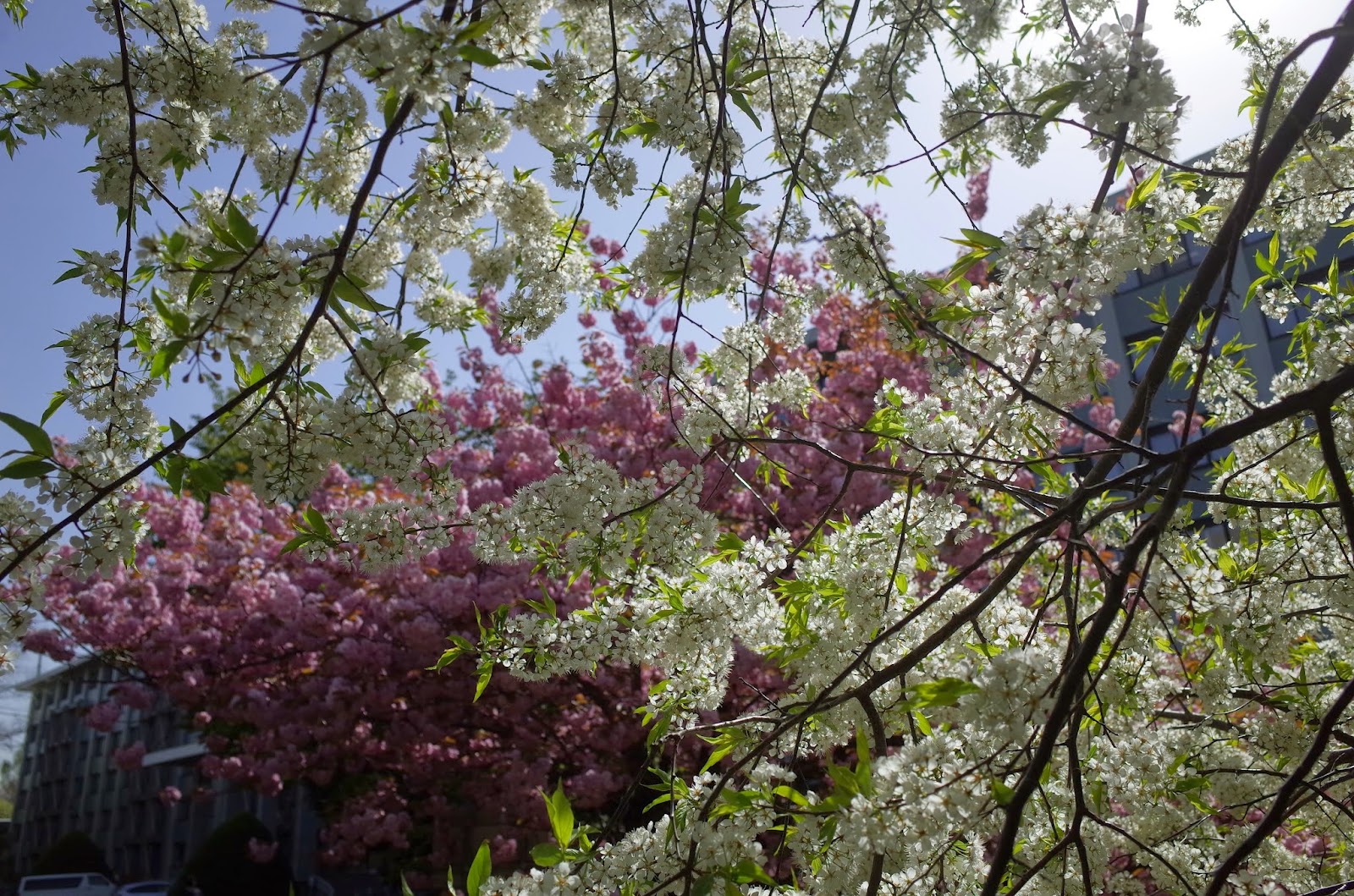 
The last day of the Golden Week holidays, our magic bar had a "hanami". This word means "flower watching", but this year there were no flowers left at the end of Golden Week. In Hokkaido, hanami also means barbecue, and there were lots and lots of people having barbecues in the park this day. The guy from our team who was assigned to go and get a good spot was in the park at 6 a.m. and by then it was already difficult to get a good spot, he said. People where there as early as 4 a.m.! And the actual barbecue does not usually start until noon...


There was quite a bit of food to eat. Sausages, fish, vegetables, and endless amounts of lamb. And of course various types of guts. There was also a huge amount of alcohol. All kinds of alcohol. Some people then went up to the temple near the park and bought more alcohol, because apparently they make some at the temple.


There were quite a few interesting people coming to our barbecue. There were also people in the park for barbecue with other groups that came up to me and asked if I was from the magic bar. I said that we were all from the magic bar and pointed to the other five magicians there, but most people seemed to only remember me, for some reason.


One guy I know from our magic bar was there partying with another group, but since he knows us too he came to our place every time he had to go to the toilet (we were in the same general direction). He then dragged me over to his other group and introduced me to them as his "zombie teacher", since I taught him how to paint his face to look like a zombie and where to get the paints etc. He looked pretty good when he did it himself.


In that group, which I was told was a random collection of people that were friends of friends etc. all starting with one guy who works as an announcer on TV, there was also a young girl I know. We visit the same weddings. And I had once run into the TV announcer too, and he vaguely remembered talking to me. Small world. They did not really know my zombie student who dragged me over to their group, though, so they wondered why I was there.