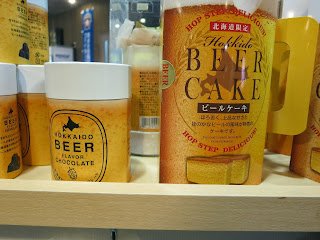 I bought a pack of beer chocolate. They smelled a lot of beer, and tasted a bit like beer. Not disgusting, but very good. I have tried the beer caramels before, and they taste like I imagine eating yeast would taste like.
Posted by Jonas at 4:13 PM