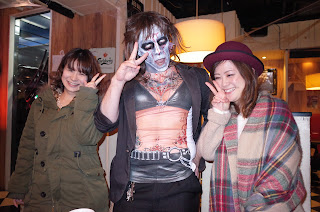 This time, I was packing up my stuff after my magic show and was about to leave the bar I had performed in when I noticed my Halloween stalker sitting at a table not far from the exit. She seemed surprised to see me.
Posted by Jonas at 4:26 PM