Rune stone in the airport 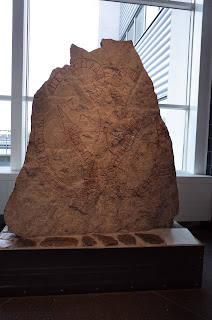 In Sweden you can find old stones with runes carved into them. Runes is what people living in Sweden used before the Christians arrived and brought the Latin alphabet with them. So most rune stones are old, from around 1000 years ago. 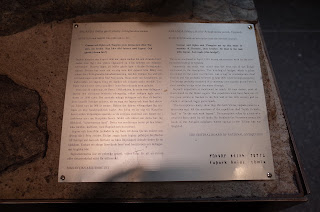 In the Stockholm airport I passed a rune stone. It was found in 1990 near the airport. It was raised about 1000 years ago in the memory of some guy going east in the late 1030-ies and being killed during this adventure.
Posted by Jonas at 1:45 PM