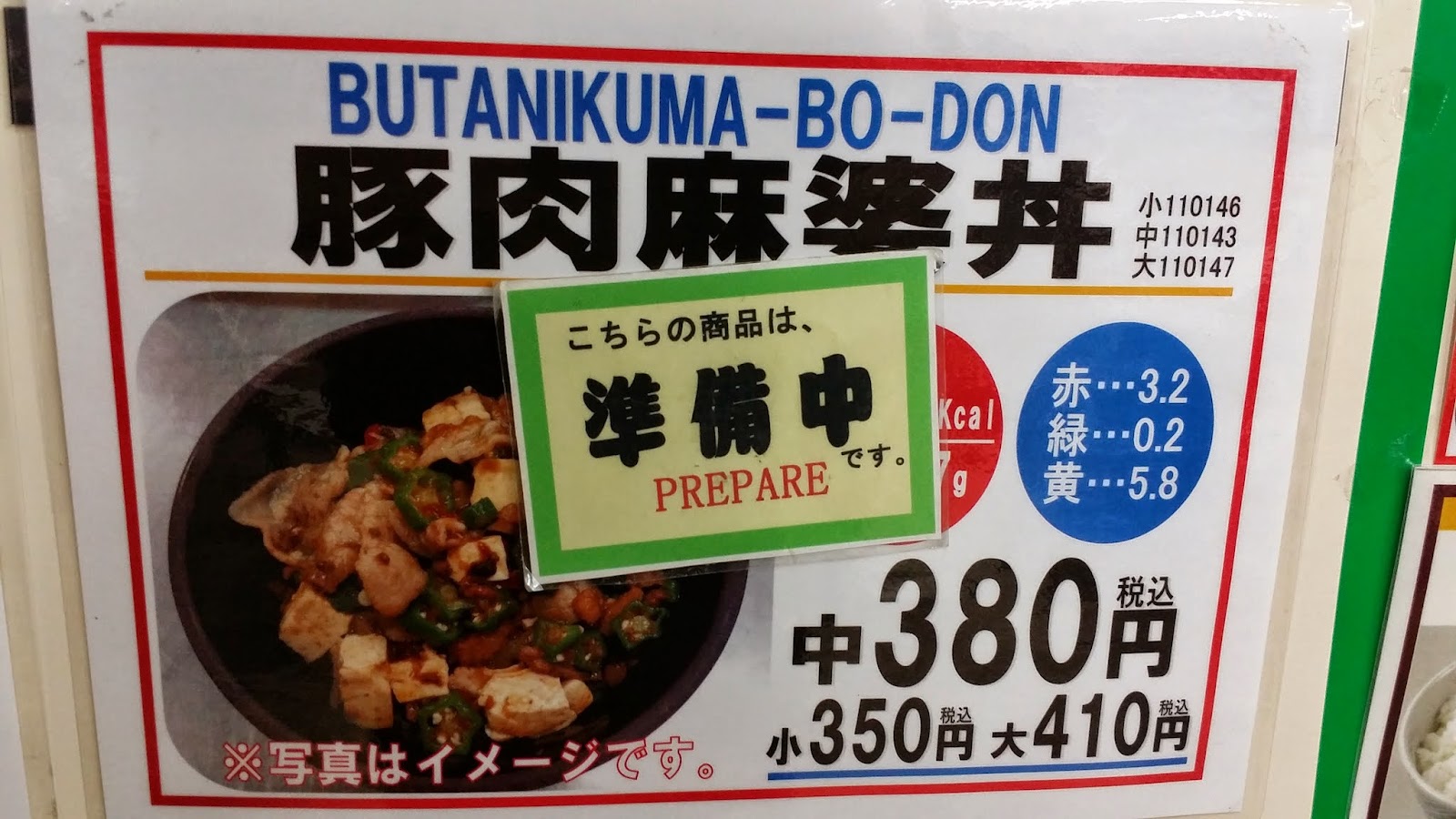 Today I had lunch with one of my foreign colleagues. He reads some Japanese, but not that many Kanji (Chinese characters). Since the university has quite a lot of foreign students, and some of them do not read or speak Japanese, the cafeteria menu usually writes out the names of the dishes with Latin letters too.

Today the school cafeteria had a dish we had not seen before, 豚肉麻婆丼 ("butanikumabodon"). Since Japanese does not use spaces between words, sometimes it is hard to tell where words start and end. My colleague read the first part as "buta ni kuma" (豚に熊) and then a separation and then some more text. This could mean "bear on top of pork", though Japanese has many homophones so there are more words that are read "kuma", not only bear.

The correct interpretation is less exciting, though. "Butaniku" ("pig meat", i.e. pork) "maabou" (a Chinese spicy seasoning) "don" (food served on top of rice), so "spicy pork on rice". But "bear on pork, with rice" sounded much more interesting. And you would not be surprised if the school cafeteria actually served bear meat (they serve whale meat from time to time, and lots of weird stuff too).

When we arrived, this dish was already sold out. They then put a sign that says "準備中", which means "we are currently still in the preparation phase" and here would mean "not available yet" (so if seen on the door to a shop it would translate roughly as "not open yet") or in our case perhaps better phrased as "not available" or "sold out". The English phrase they chose to help the people that do not read Japanese is "Prepare", which is probably not the best phrase to avoid confusion...
Posted by Jonas at 4:24 PM