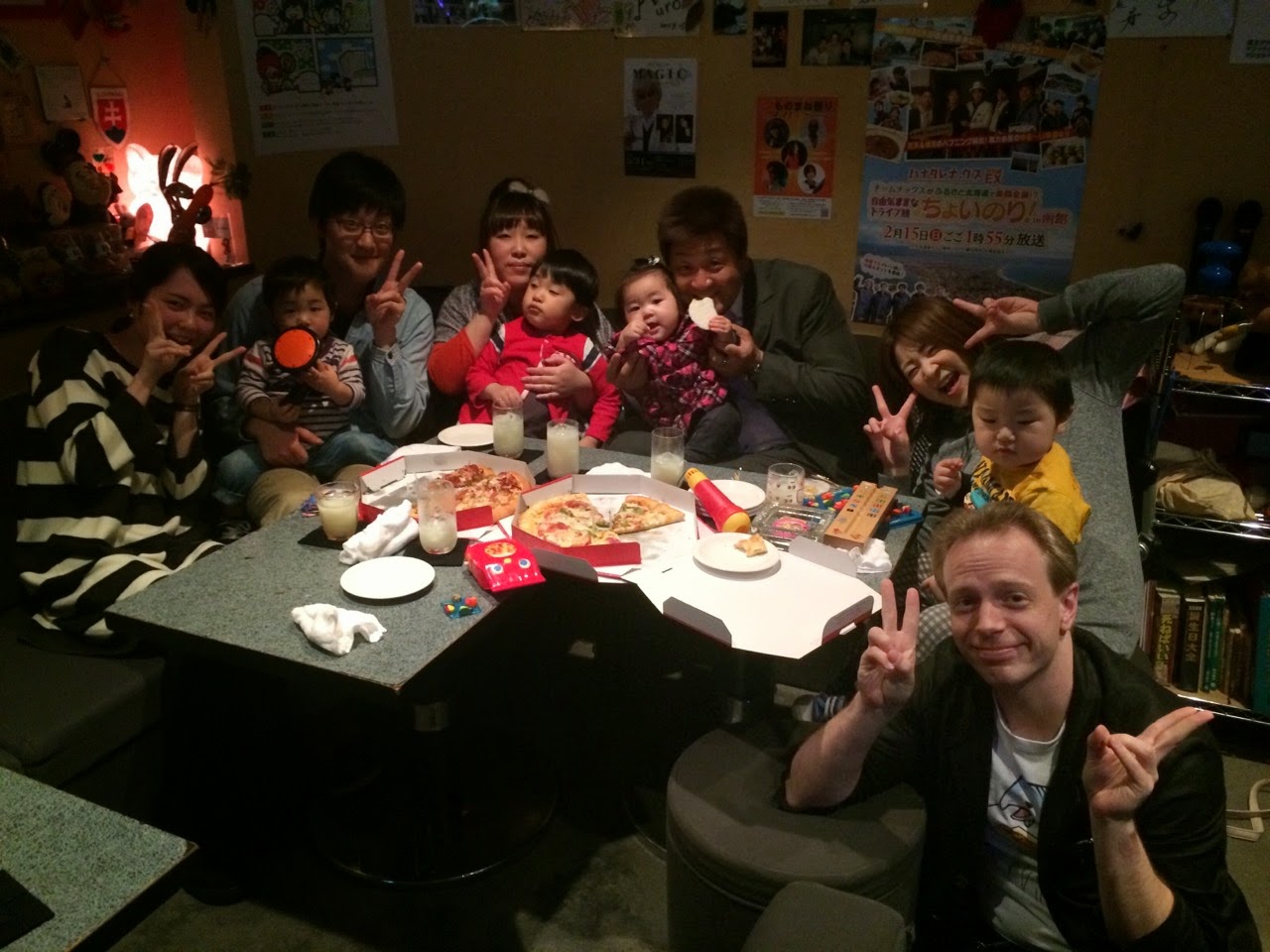 Last week when I stopped by Ropossa to have some dinner, suddenly the place was filled with kids. One of the guys I went to Las Vegas with was there, with two of his children and four of his grandchildren. They had ordered pizzas, so I got some very nice pizza by just being there. 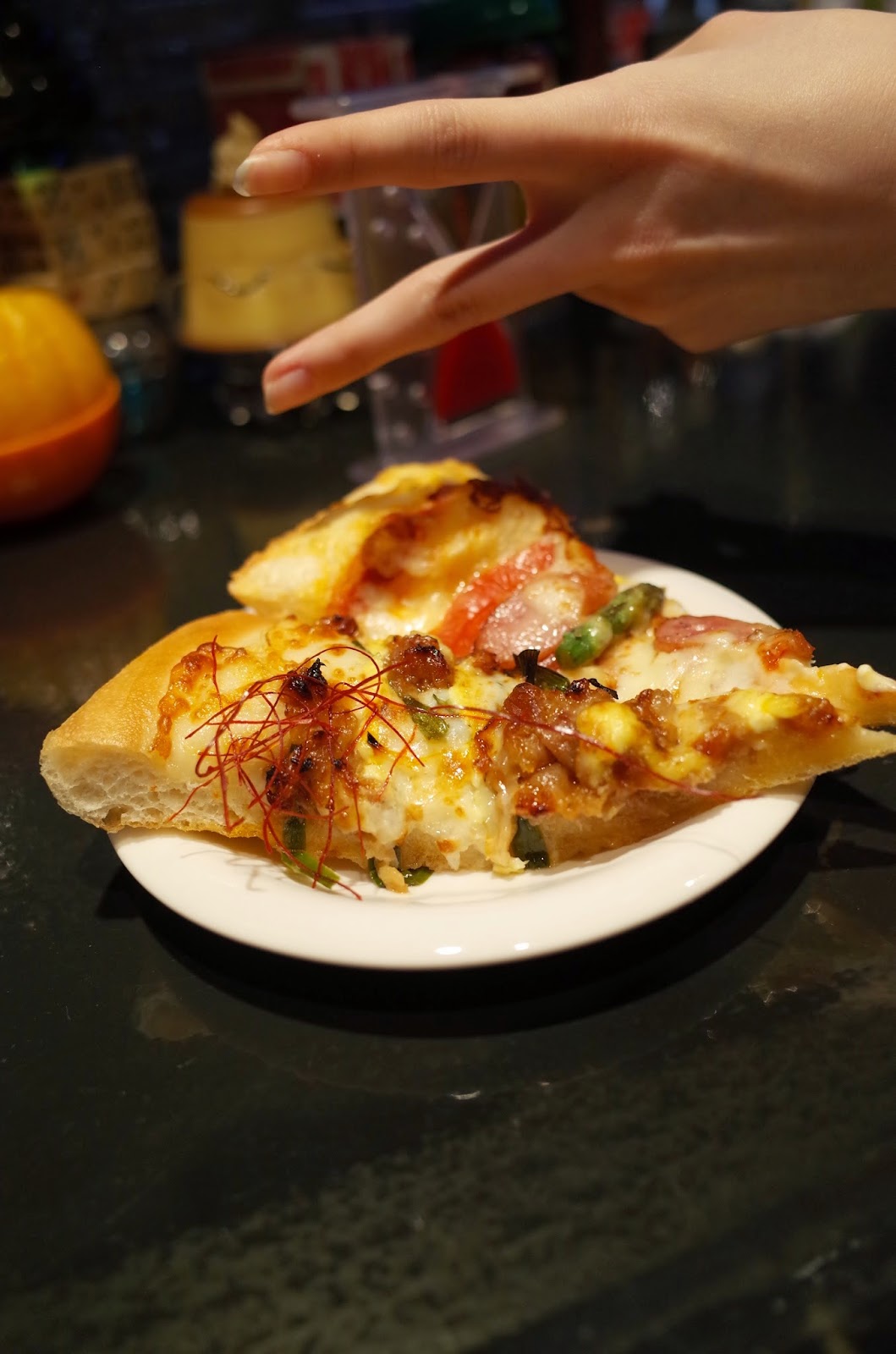 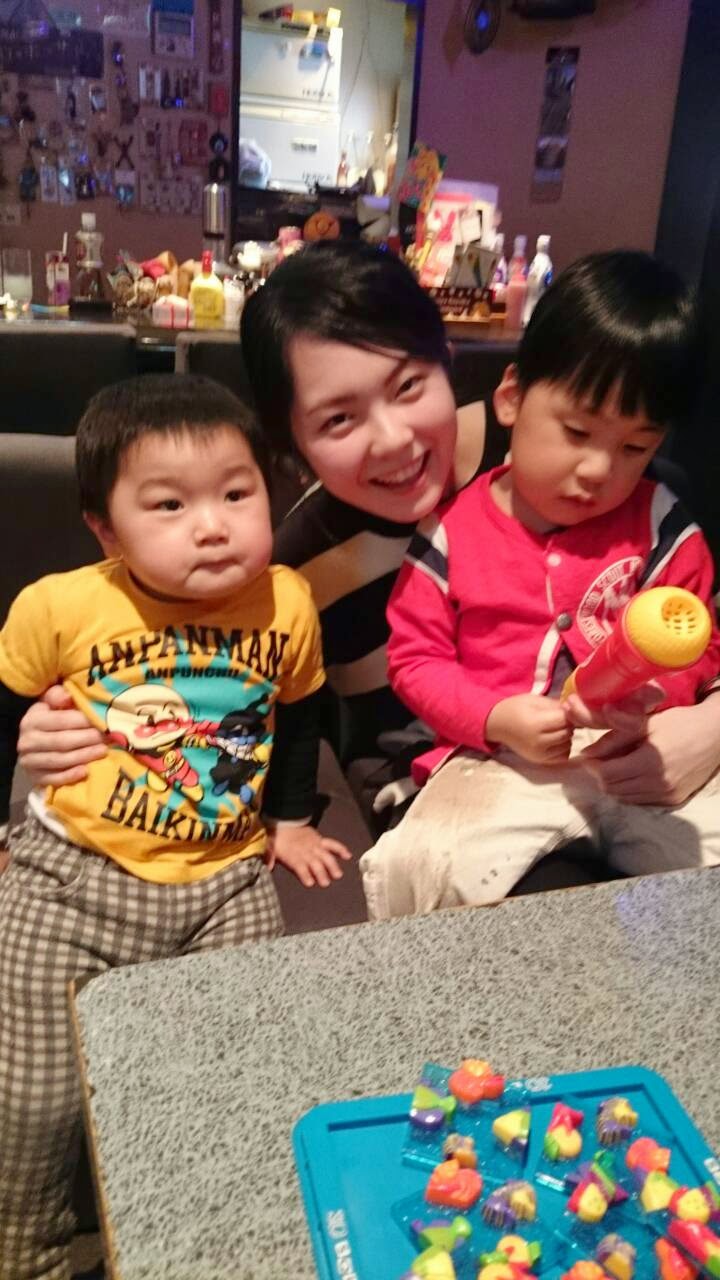 The grandchildren where between 1 and 3 years old, I think. One girl and three boys. One of my neighbors, who was the "Miss Ice Queen" of the Susukino Ice Festival two years ago, was also there. The three young boys all swarmed her and climbed all over her and wanted to play with her the whole evening. The little girl did the same with me. Everyone else thought this was funny, because apparently that is how the grownups in the family also behave. 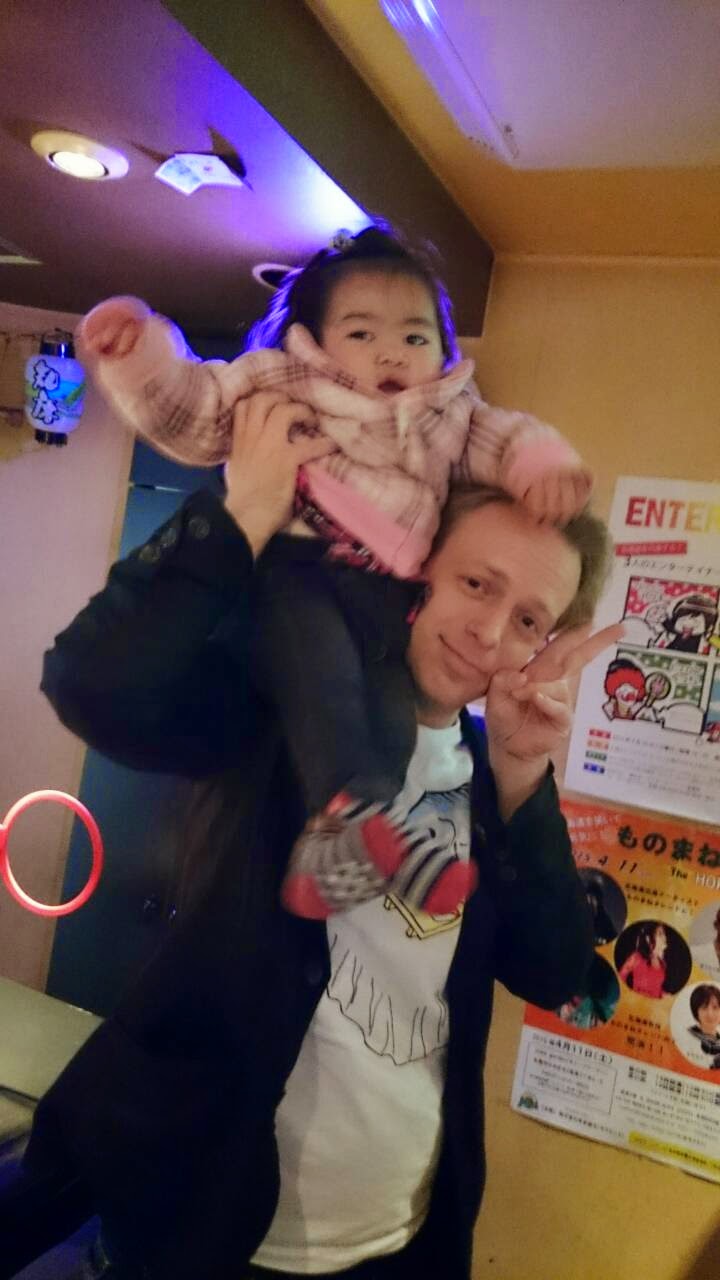 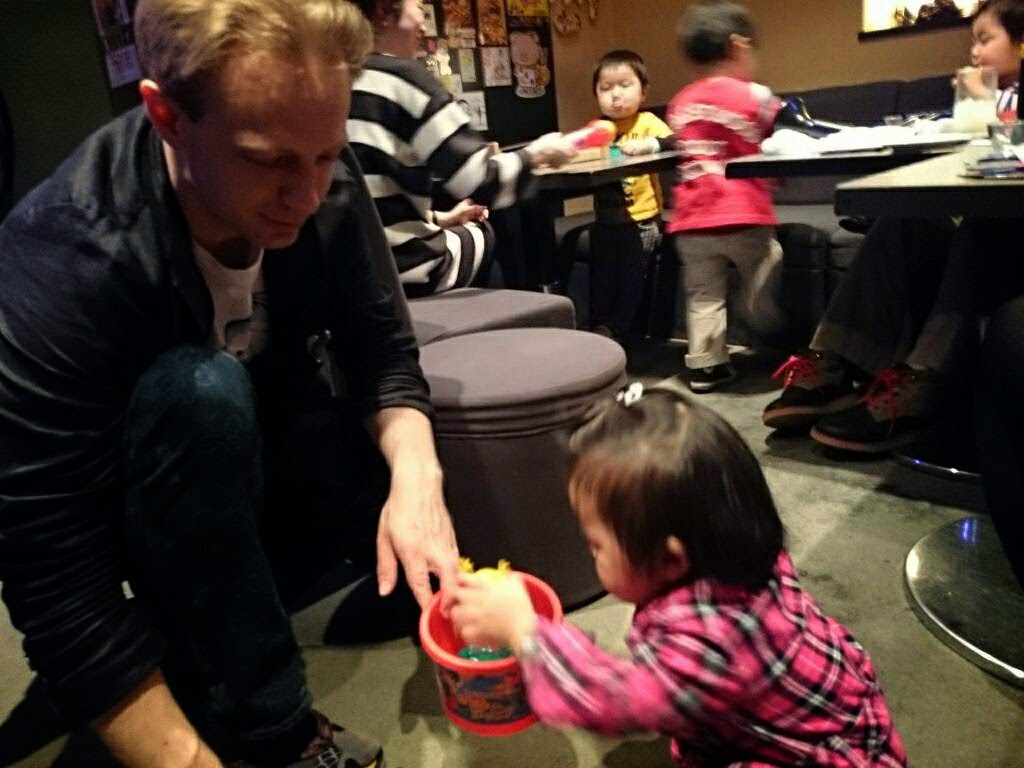 When they left, someone else showed up and brought lots of bread they had baked. I received huge amounts of bread too. And of course you get pasta and other "light" dishes as the regular serving in the place too... 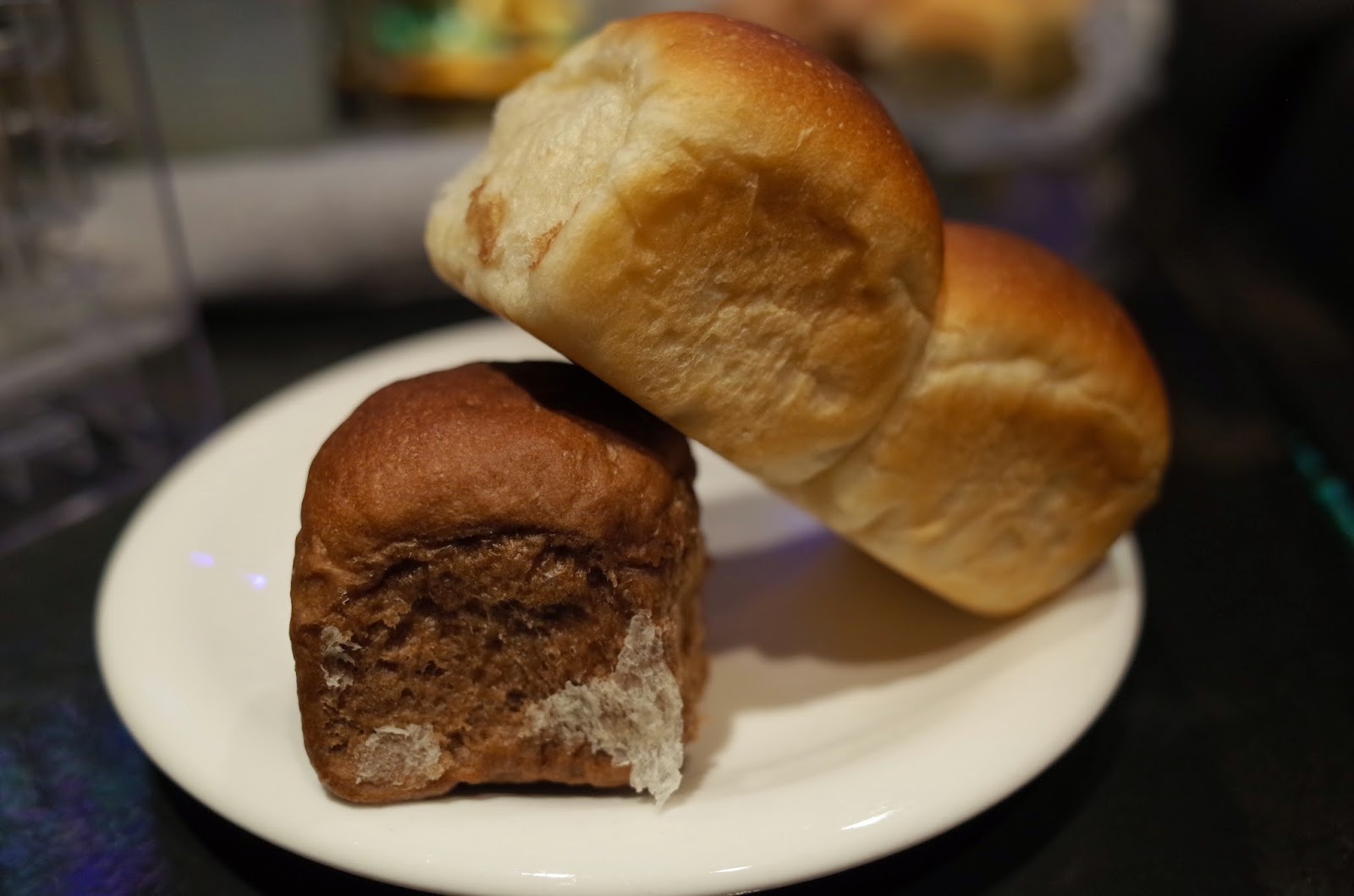 They have lots of games in Ropossa, and they showed me a new game. You have a big plastic spoon, and a fairly heavy yellow ball. You are supposed to balance the ball on the spoon, and then move the ball through different obstacles. First you throw it through hoops and catch it with the spoon again, then you put it in a slide that shoots out the ball and try to catch it with the spoon etc. The final goal is to place it on a small pedestal using nothing but the spoon. This was insanely difficult. You are supposed to do all of these in sequence, and if you drop the ball you have to start over. It took me more than 30 minutes to clear the obstacle course. 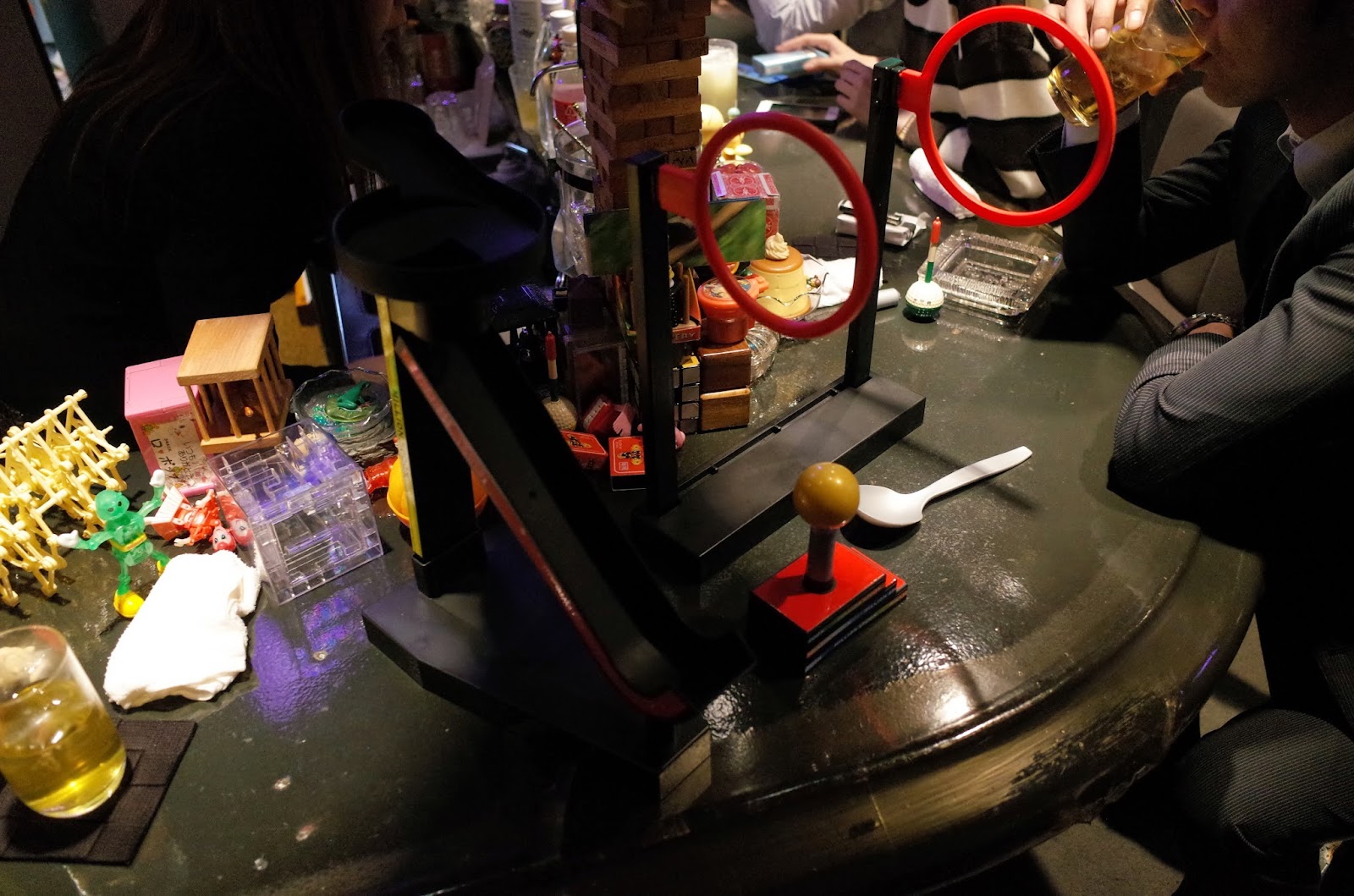 I was told that the only other person who had cleared all obstacles in sequence is the mama of Ropossa. Almost no one has even managed the final balancing thing, even without doing the rest of the obstacles first. So it is not just that I suck at sports, the game is actually quite difficult.