Sukiyaki, mochi in sukiyaki, and magic for really young kids 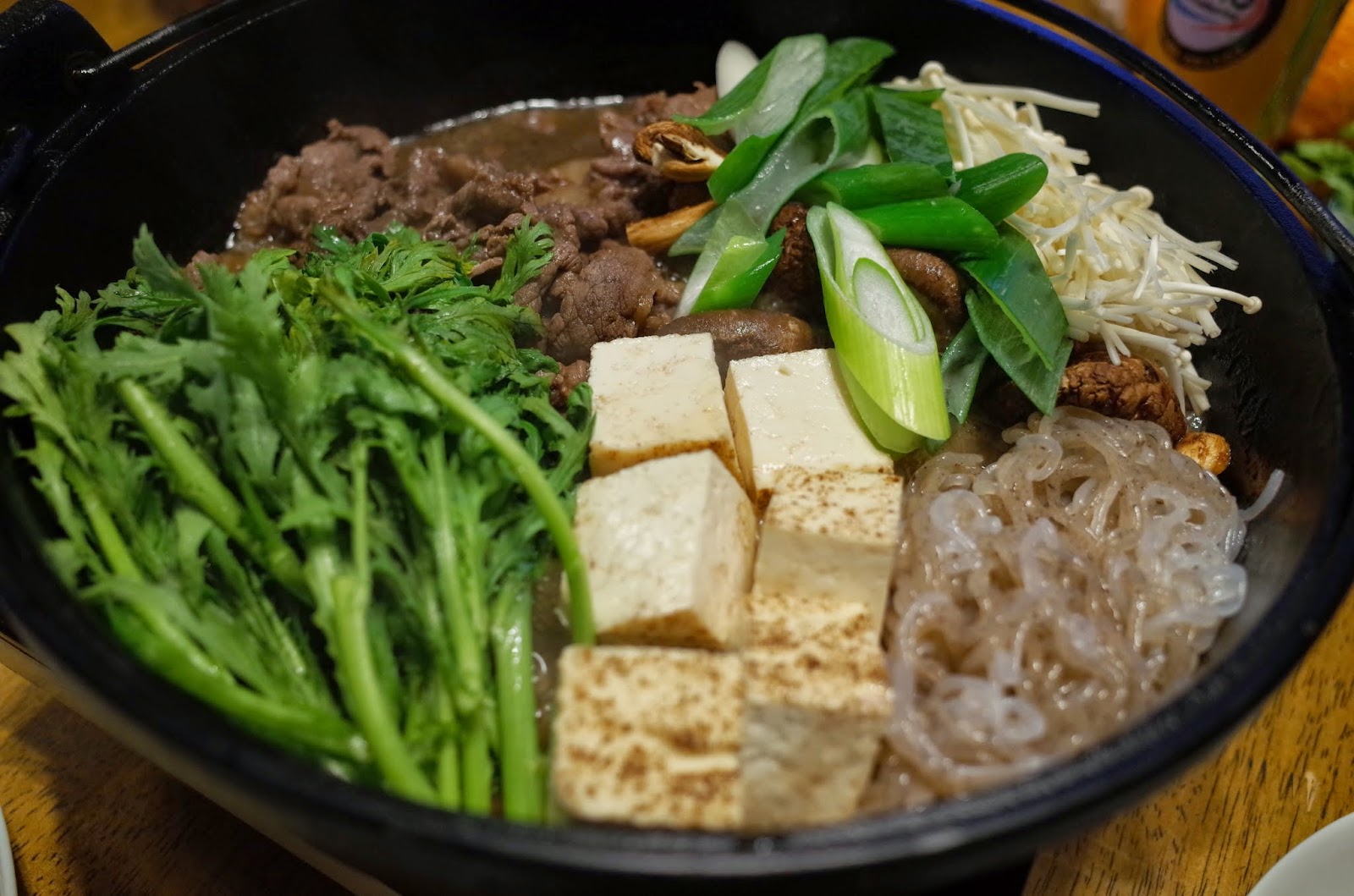 When I visit my relatives in Saitama, we usually have sukiyaki one night. This time was no exception. Sukiyaki is very good. You boil all kinds of things (tofu, vegetables, mushrooms, meat, noodles) in a sweet broth, and then dip them in raw eggs. 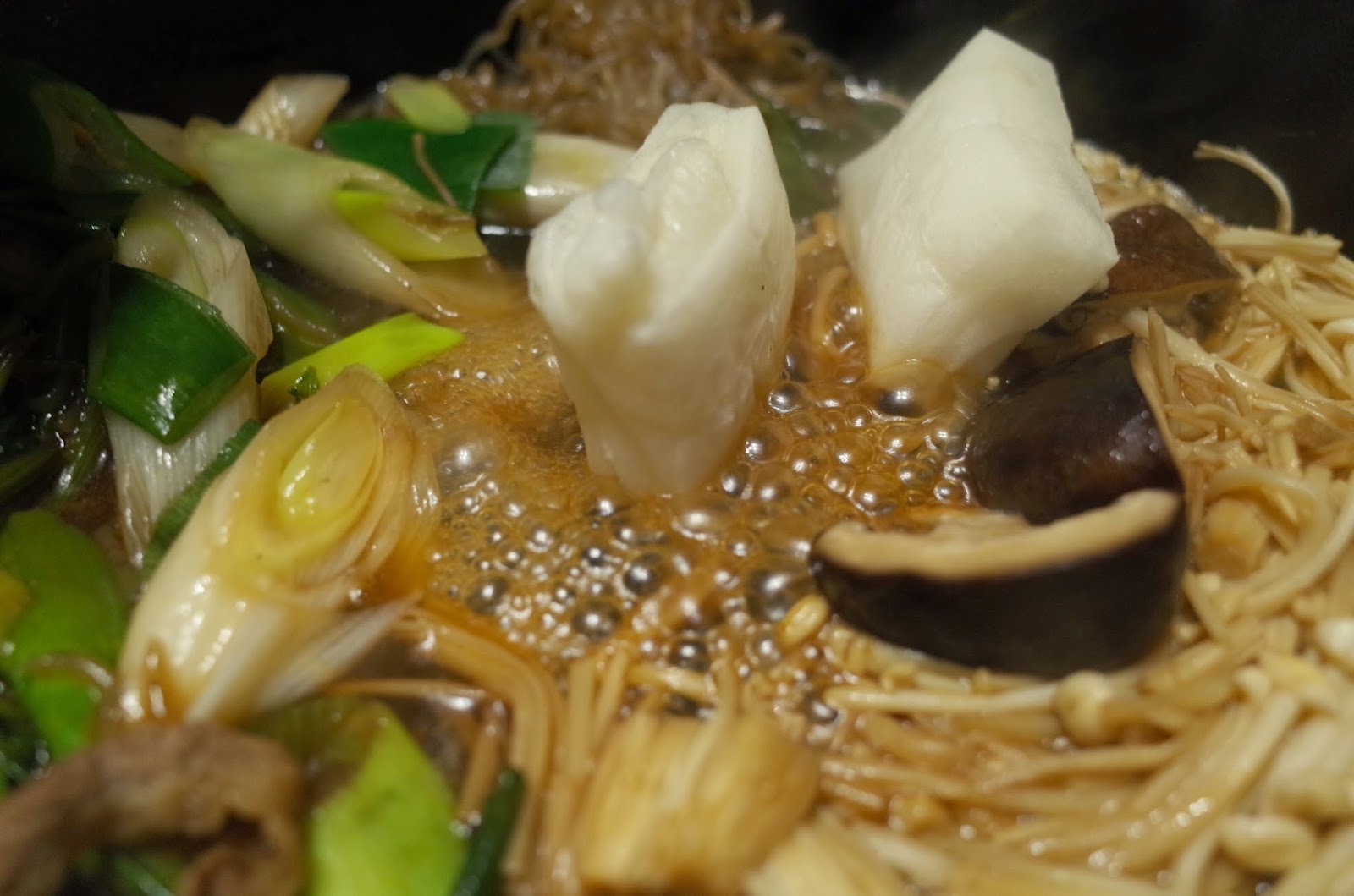 My brother's father-in-law does not eat much sukiyaki, but he loves adding mochi and boiling these a bit in the sukiyaki broth after everyone else has finished eating. Mochi are gooey rice cakes that do not have much flavor in themselves, so they soak up the good parts of the broth pretty well.

I was asked to show some simple to understand magic trick to our three year old relative. When kids are only three years old, they do not know enough of the world to understand that something strange is happening. Every day still has so many surprising things for them, so magic is just business as usual, kind of. When things that should not disappear disappear, or when things appear out of nowhere, even young kids can find it strange and interesting. So I did a trick where lots and lots of small toy rabbits appeared out of his hands. 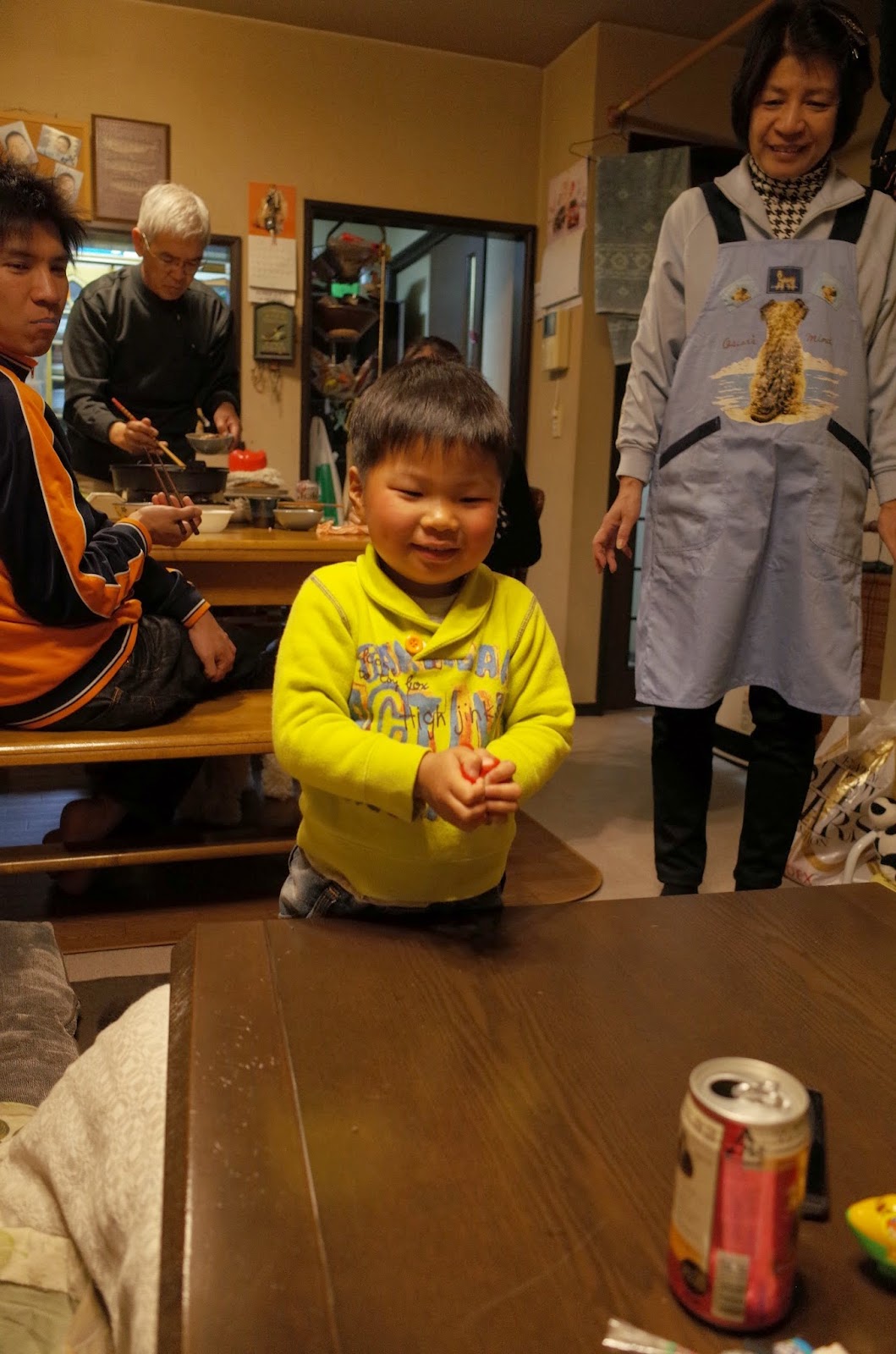 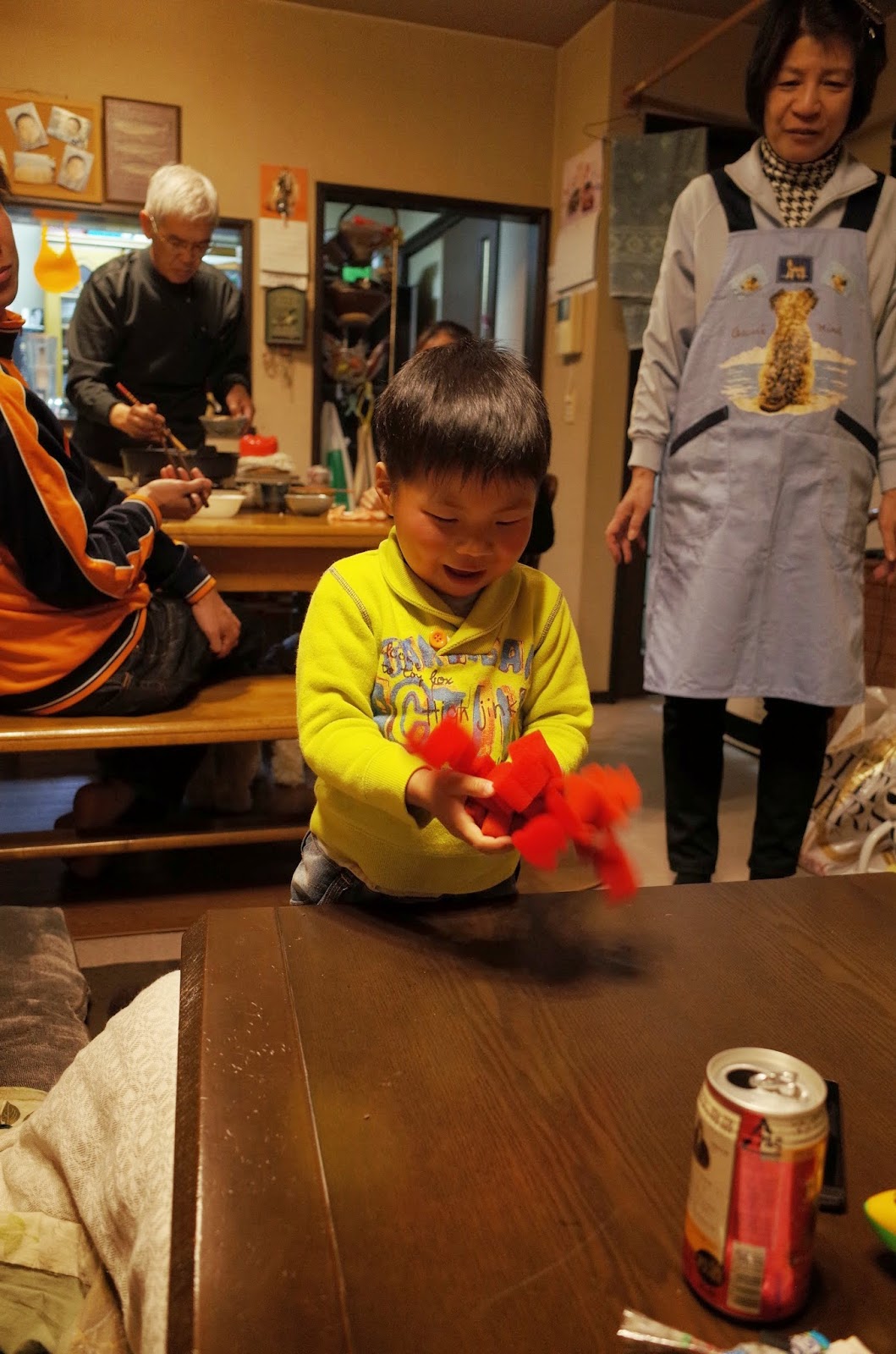 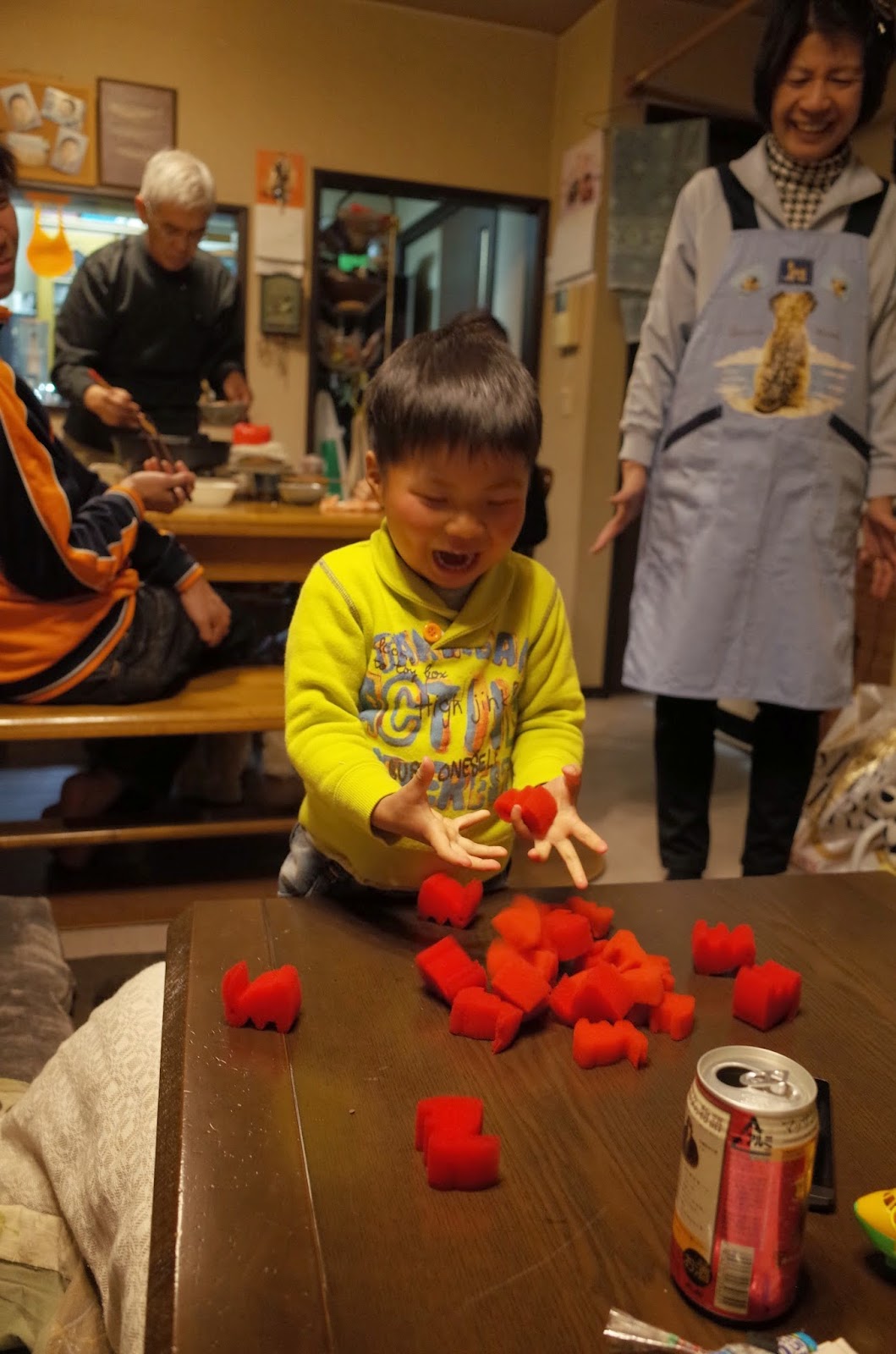 He seemed to find that trick entertaining. He also asked me what these tiny sponges were normally used to wipe, since apparently he already knows what you (normally) use sponges for. He wiped the table with some of the rabbits. He played with the rabbits for 20 minutes or so, repeating the trick for himself. So I guess the magic was a success.
Posted by Jonas at 11:02 AM