In Japan there is a character called "Fuchiko of the cup" (コップのフチ子). Fuchiko sounds like a girls name, and is a pun on "fuchi" which means the rim of a glass or cup. This is a small plastic character that you can hang or place on the rim of glasses and it looks like she is climbing out of the glass, bathing in the drink, hanging on so as not to fall etc. 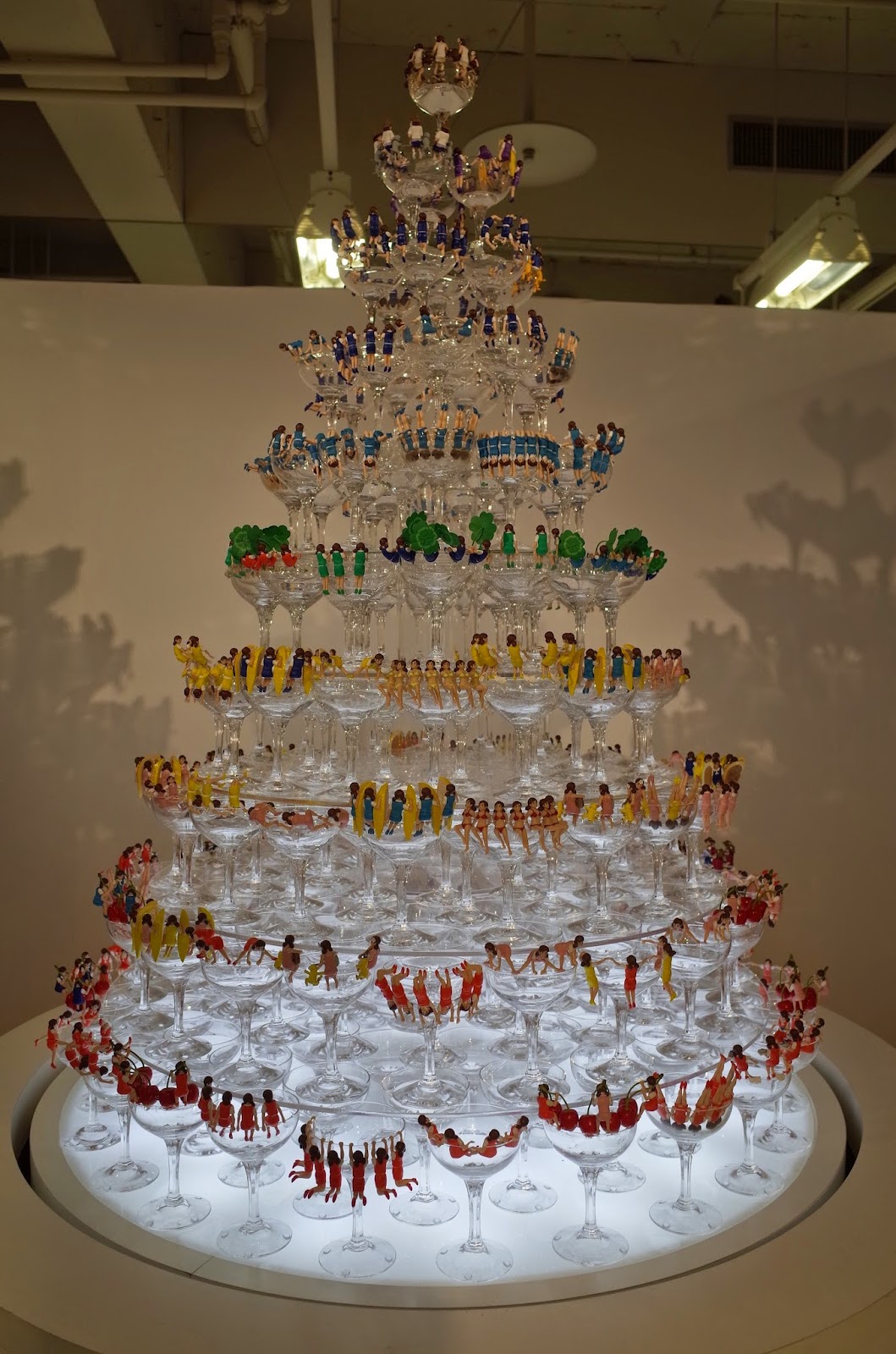 There is a Fuchiko exhibition here now, so I went to see that. They had lots of plastic models of course, but also many design drawings, information about the design process, and about the creator.


There were also models with several of the spin-offs from Fuchiko. There is a Sokoko (from "soko", the base of the cup), who has her legs or other body parts crushed by the glass and works as a coaster. There is a girl that also works as earplugs, so when you sleep it looks like a tiny woman is stuck in your ear.

There were also DVDs with Fuchiko on sale. What does the plastic model do in these DVDs? Presumably posing in various places, since she cannot move... 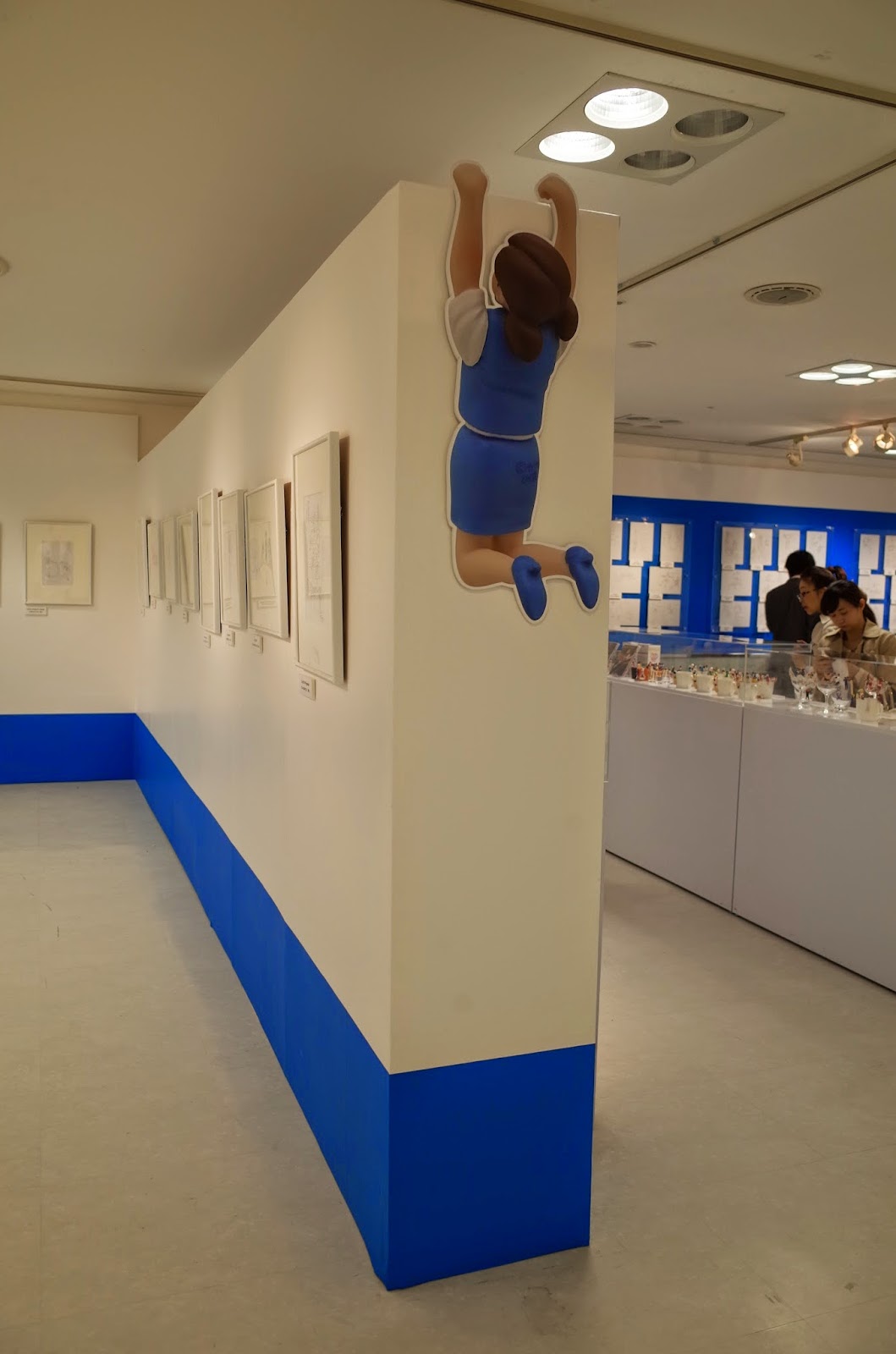 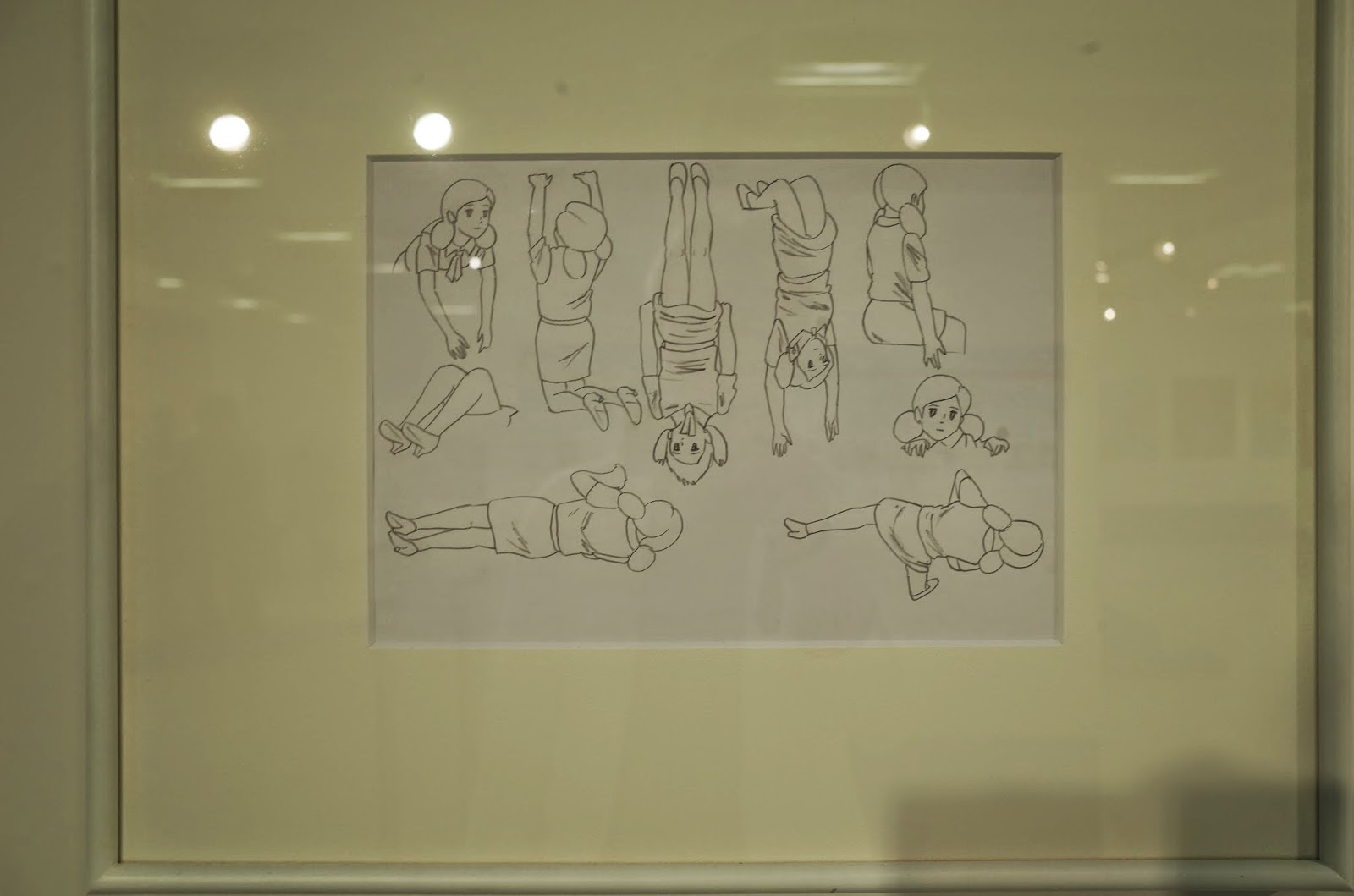 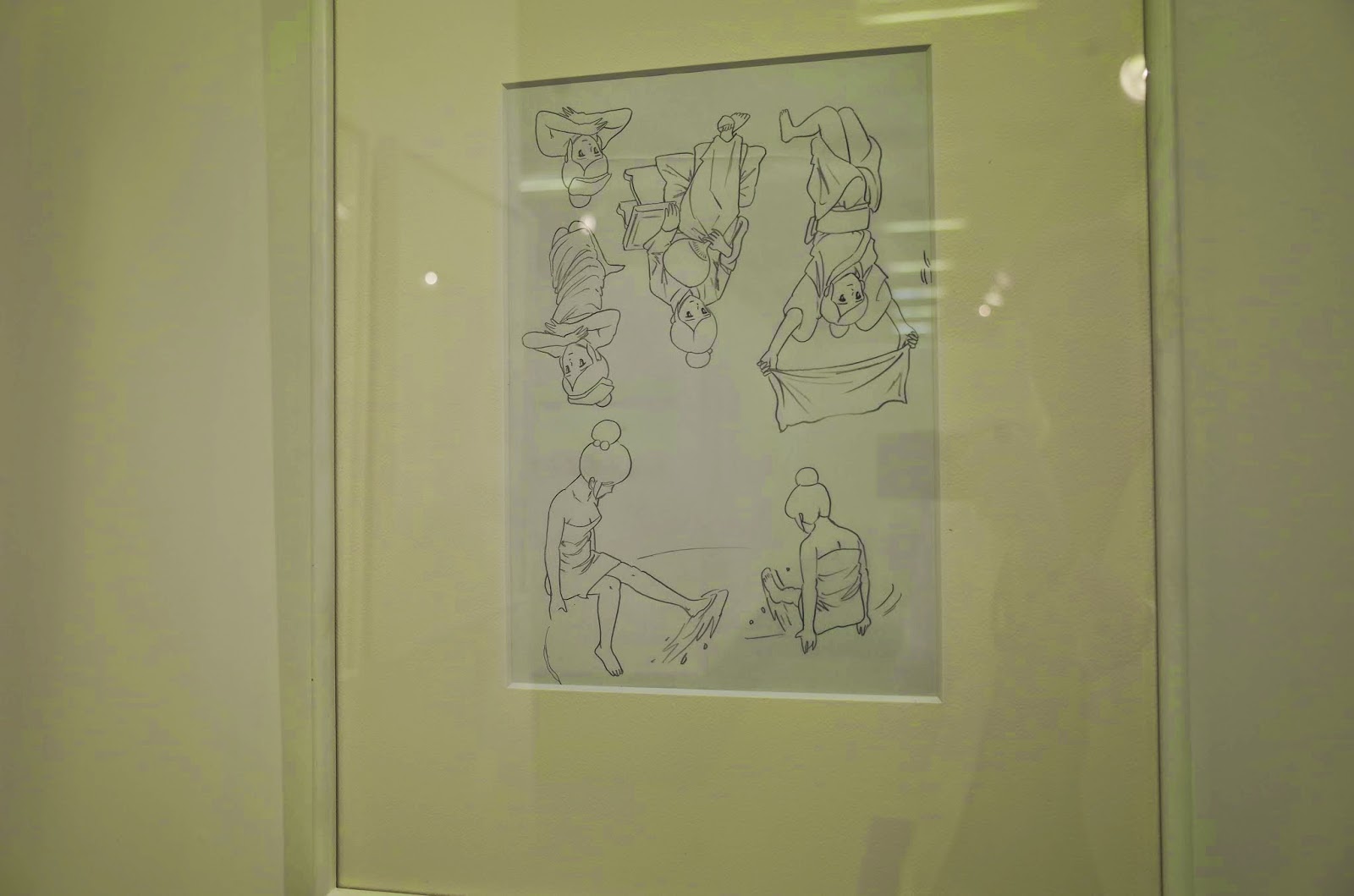 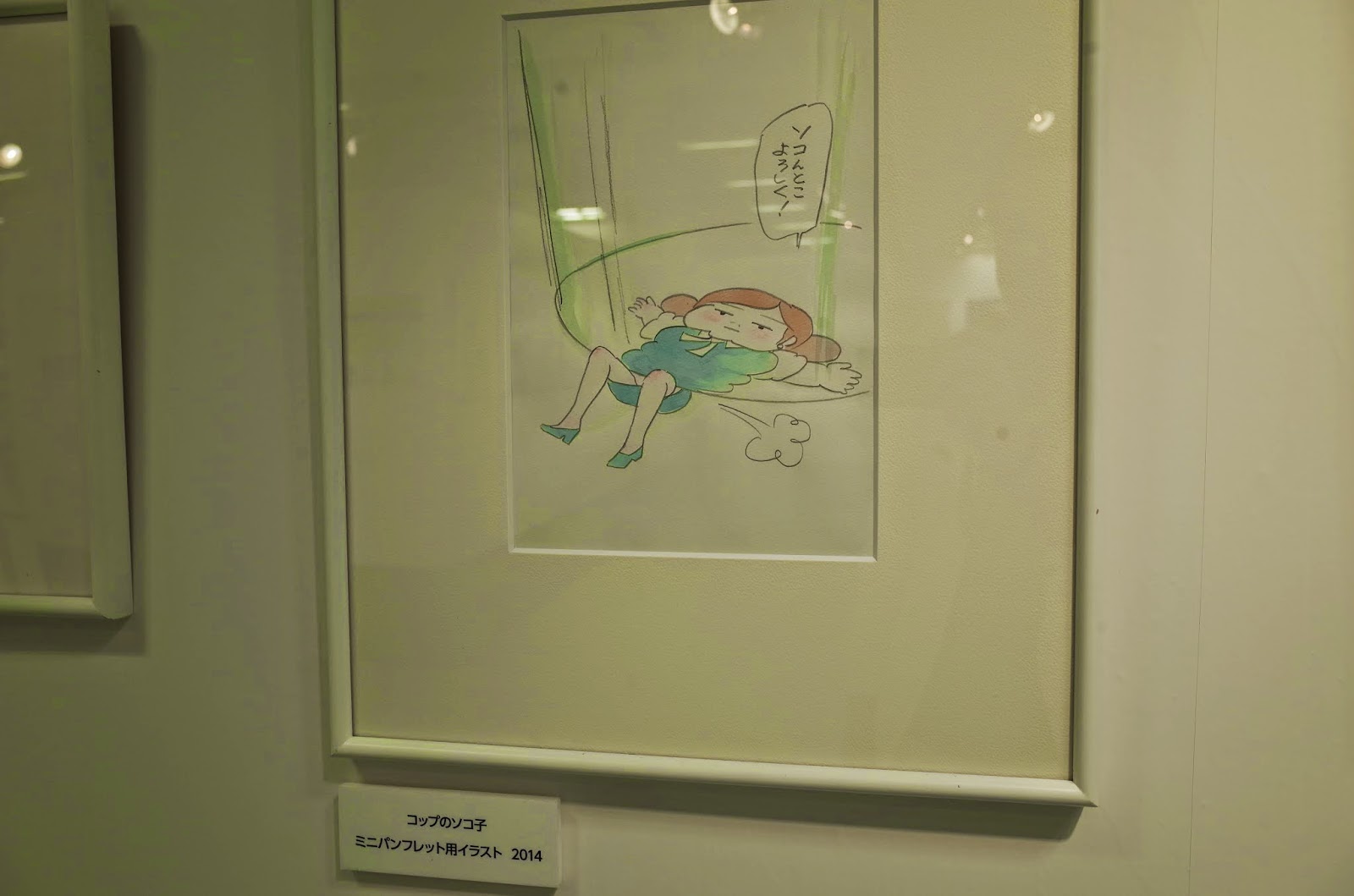 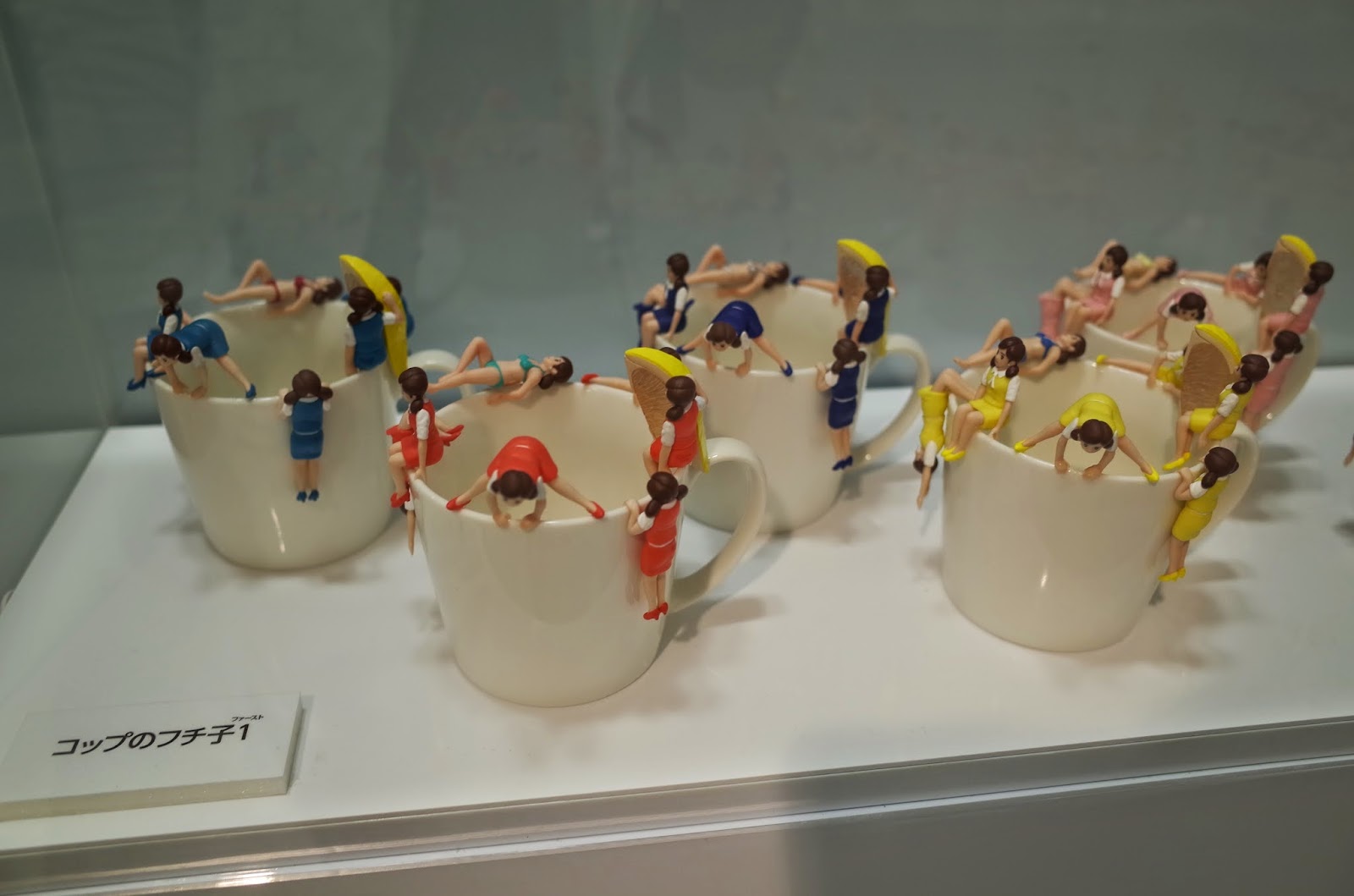 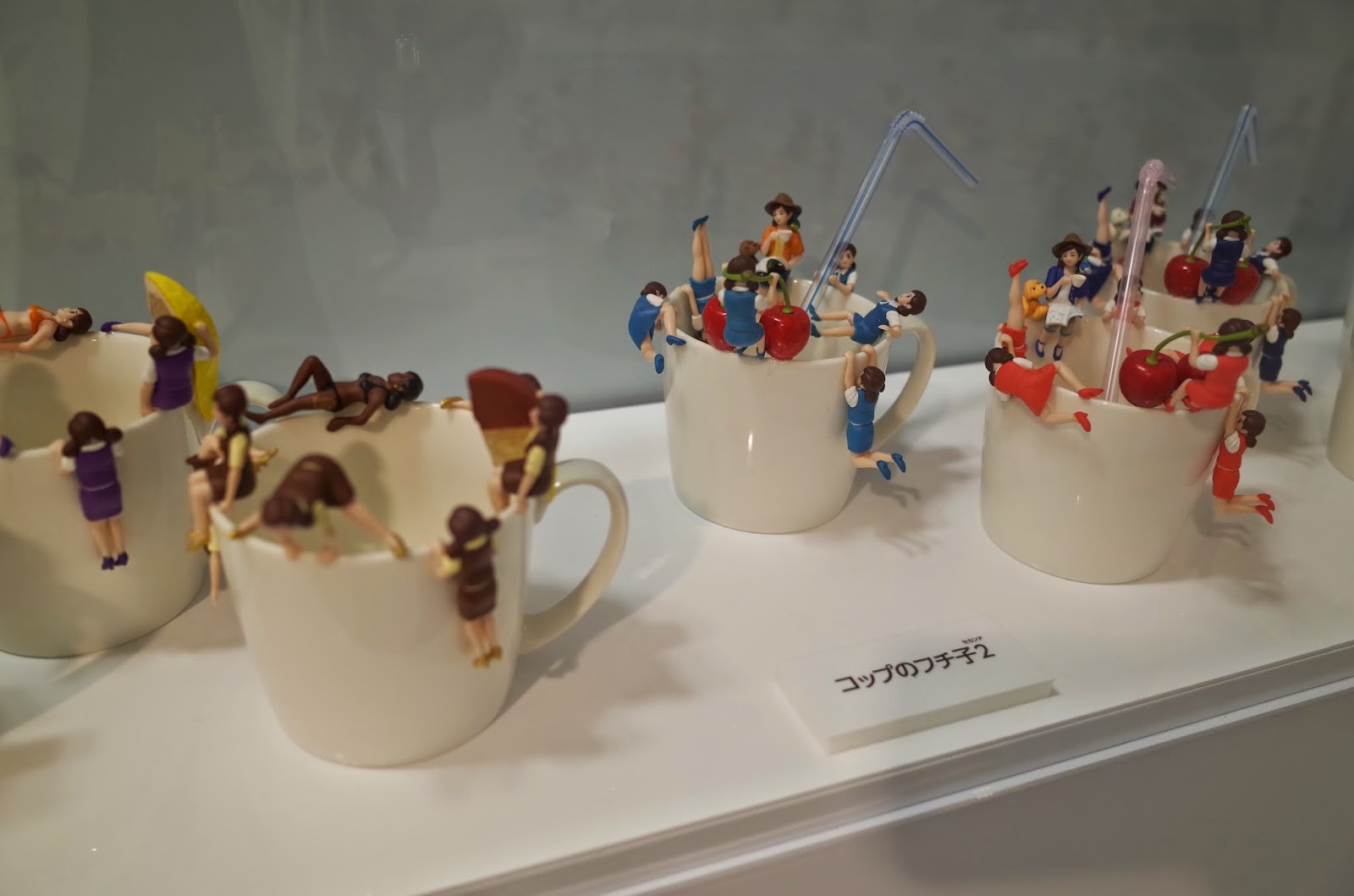 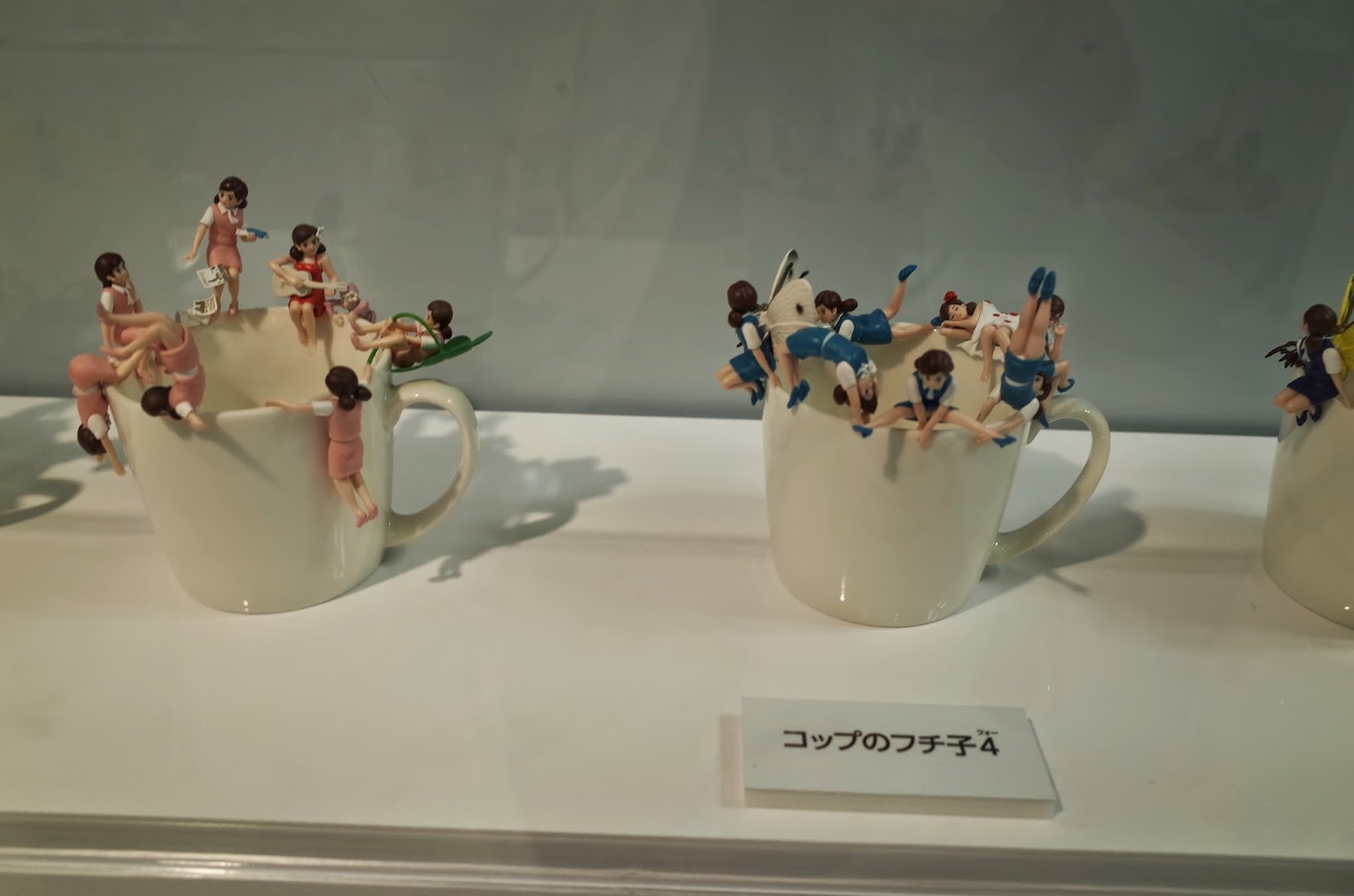 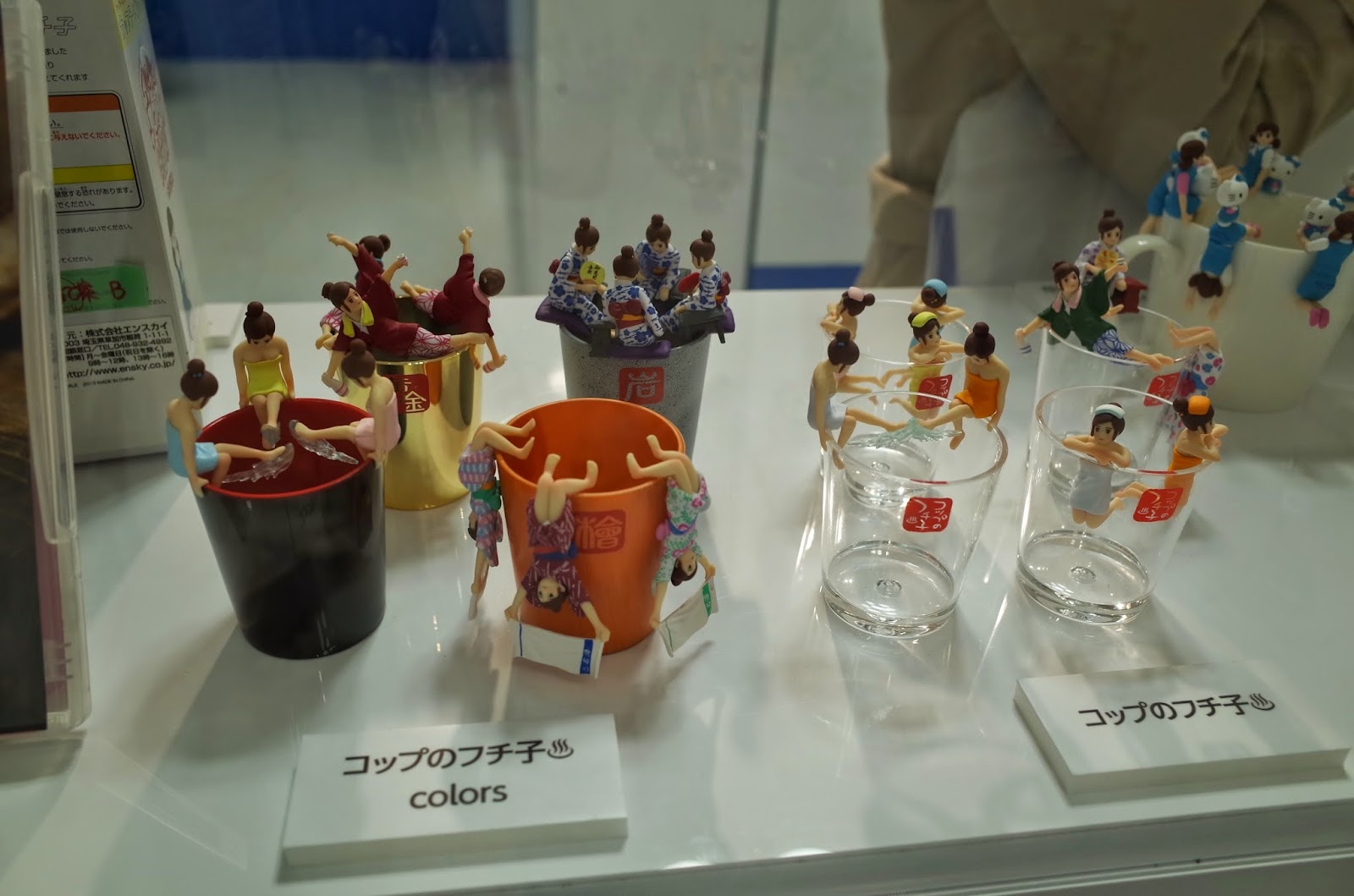 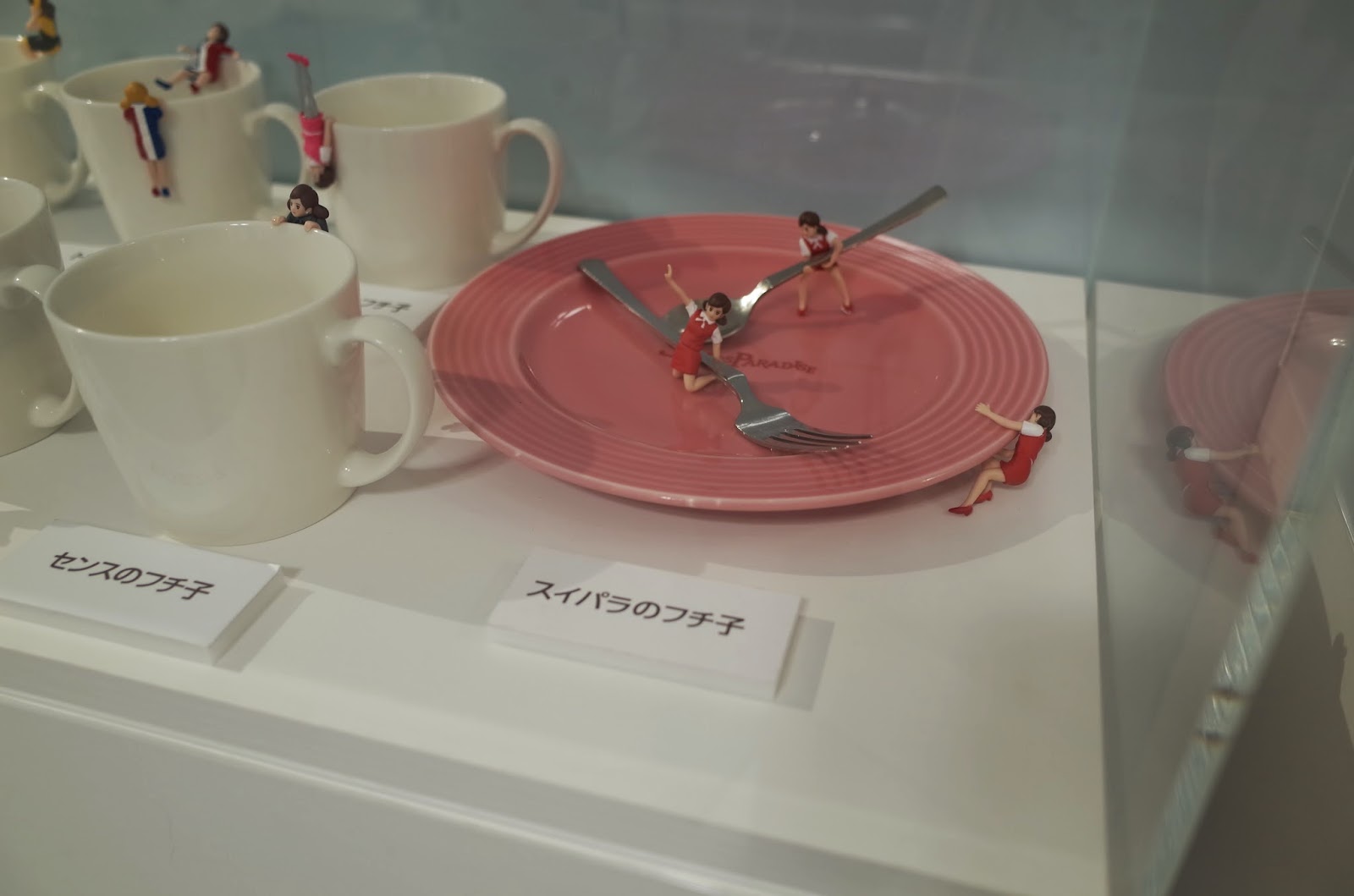 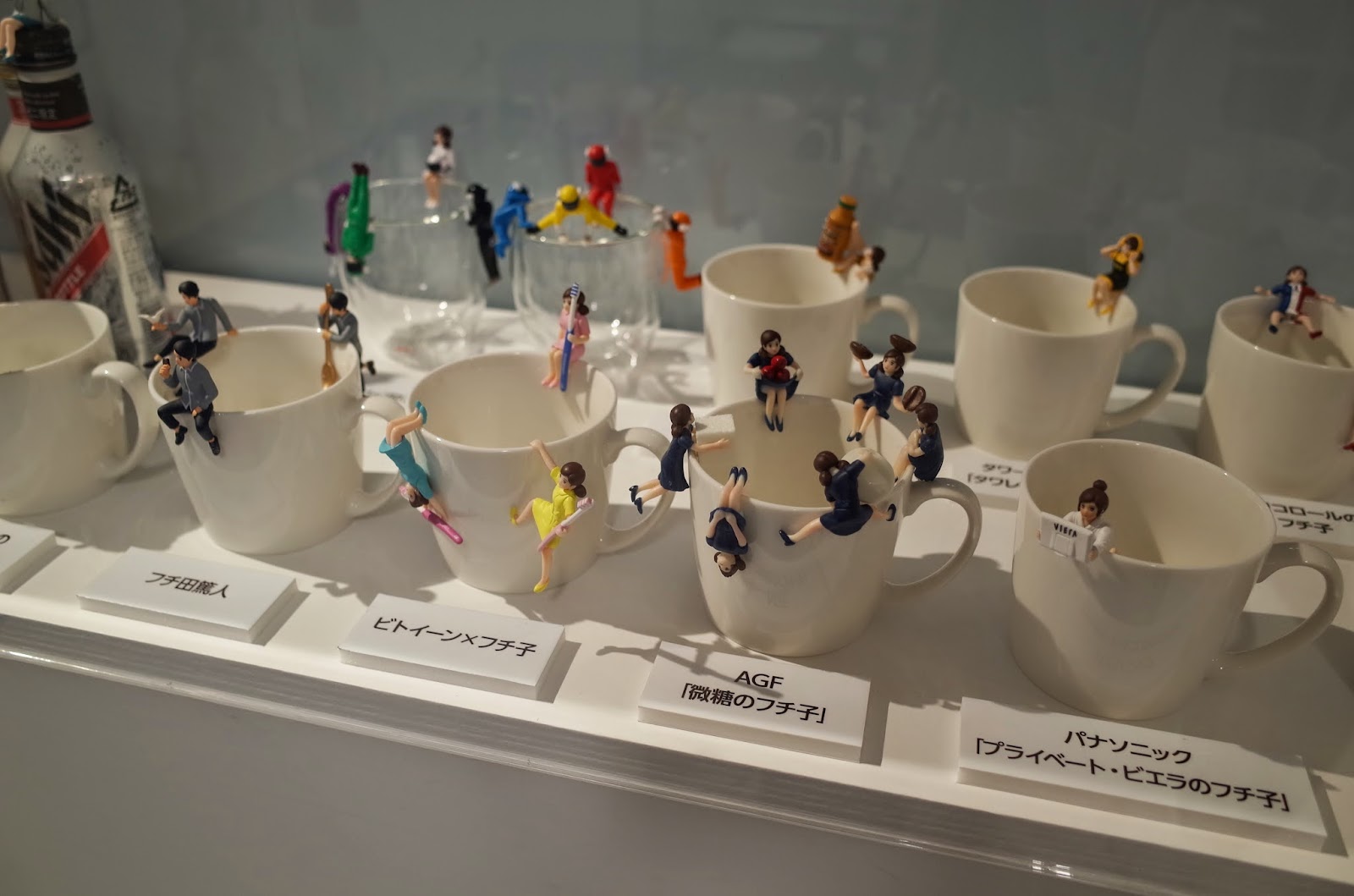 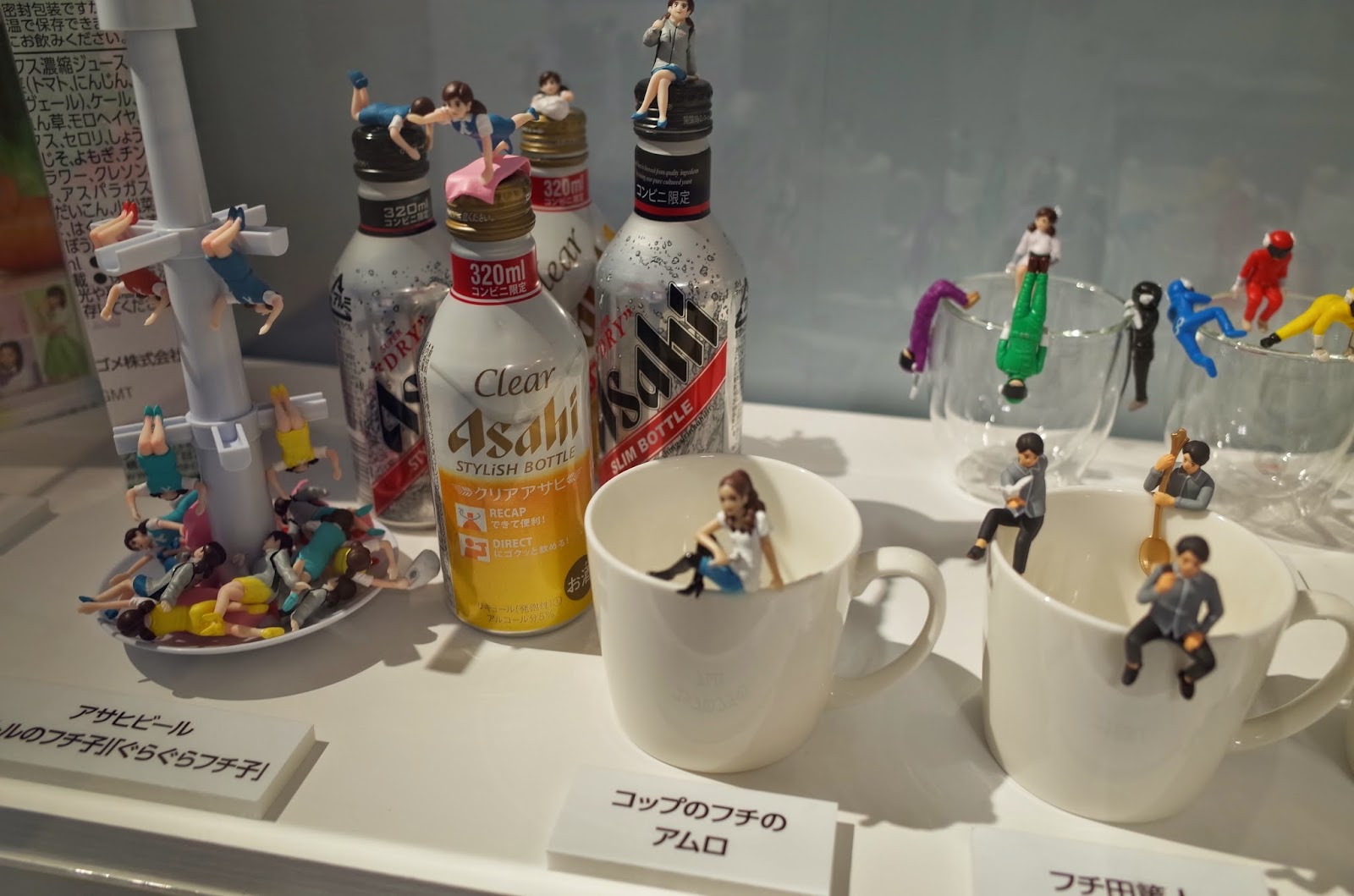 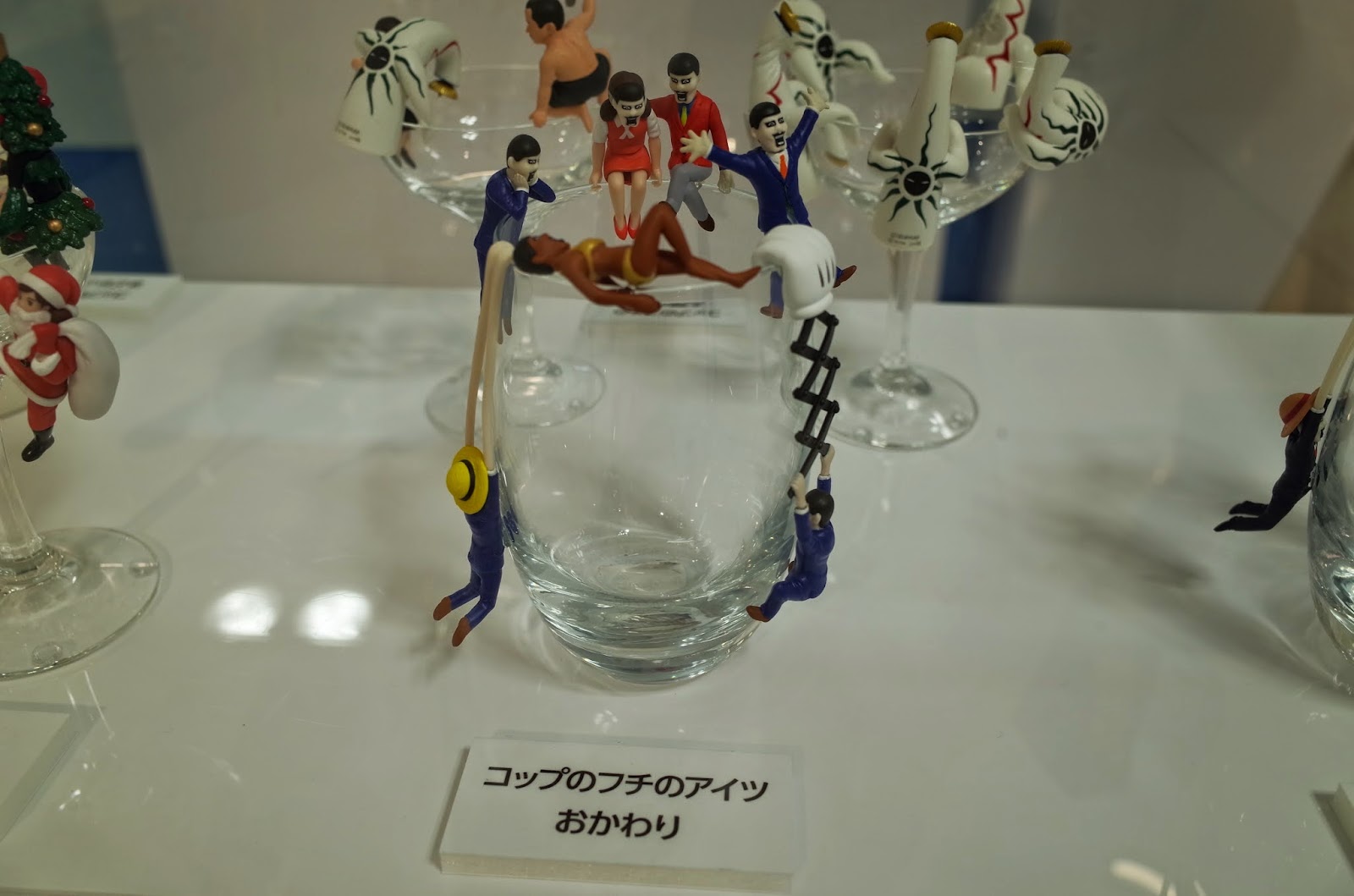